Famous fake/satire website Freedum Junkshun posted an article titled "BREAKING: Cops Take A Knee Then Walk Out On Redskins Leaving Them Stranded In Their Locker Room Overnight" which opened:

The Washington Redskins allowed 11 of their players to take a knee for the National Anthem Monday night, enraging fans and local law enforcement in Philadelphia. After the game, the 14 officers assigned to seeing the team safely to their bus decided to show them the same respect they're showing our veterans.

The men lined up in front of the door, took a knee, put a fist in the air and shouted "Blue Lives Matter!" Then the captain informed them that they were "on their own" and the corp walked out. With nobody to make sure they weren't mauled by angry fans, they 'Skins decided to hunker down for the night and have a little slumber party right in their locker room instead.

The satirical article was quickly picked up by several other 'real' fake news sites where it went viral, even though the events described in the story didn't actually happen. 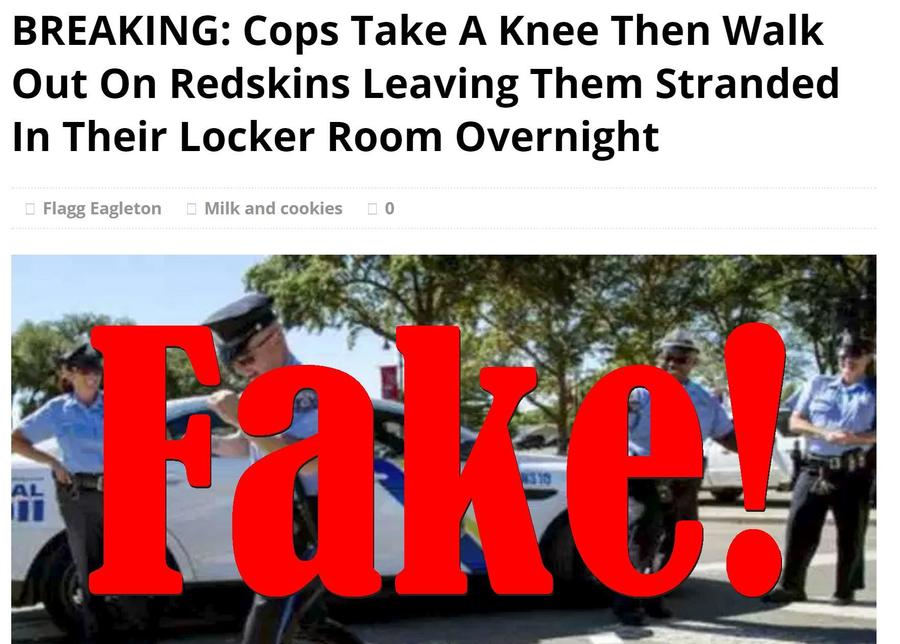