Did the wife of U.S. Attorney John Bash, who is prosecuting accused El Paso massacre gunman Patrick Crusius, flash a white power symbol as she sat behind Brett Kavanaugh during his Senate confirmation hearings for the Supreme Court? No, that's not true: Yes, Zina Bash, a former law clerk for Kavanaugh, was sitting directly behind the nominee during the hearing, but hate group experts said the "OK" sign is not a white supremacist gesture in that context. There is no evidence that Ms. Bash, who was born in Mexico of Mexican and Jewish parents, is a white supremacist sympathizer. Her grandparents survived the Nazi Holocaust.

The claim that Zina Bash flashed a white power symbol originated during the Kavanaugh hearings in September 2018, but it was renewed in a tweet posted on Sunday, August 5, 2019 a day after the El Paso massace (archived here). It read:

The US Atty in Texas prosecuting the El Paso gunman is John Bash, husband of Zina Bash, a clerk for Kavanaugh who sat behind K during the confirmation hearings. She's memorable for flashing the white power symbol. Should he recuse himself from prosecuting a white power advocate?

Yes, it is true that Zina Bash, who became infamous from social media reactions to her hand positions during the Kavanaugh hearings in September 2019, is married to U.S. Attorney for the Western District of Texas, which includes El Paso. Bash would likely oversee any federal hate crime prosecution of Crusius for the attack that killed 21 people on Saturday, August 3, 2019. Zina Bash was sitting behind Kavanaugh as a longtime Republican adviser and a former law clerk to the judge. The tweet was correct in pointing that out, but it was false in concluding that Ms. Bash's hand gestures equated to a racist signal. Replies to the tweet suggested that it caused some to conclude that white supremacists are connected to the decision on whether to charge Crusius with a hate crime. U.S. Attorney Bash tweeted this one day after the shooting:

As I just said at the press conference, we're treating El Paso as a domestic terrorism case.

And we're going to do what we do to terrorists in this country--deliver swift and certain justice. #ElPasoStrong #USA https://t.co/dYhHXKrh9v

Why do we conclude Zina Bash's hand was not a racist signal?

First, we see nothing in Bash's biography that indicates she would be a white supremacist or sympathetic to the hate movement. She was born in Monterrey, Mexico of a Mexican mother and a Jewish father. Bash's paternal grandparents were suvivors of the Polish Holocaust. She edited the Harvard Law Review while working on her law degree, following in the foot steps of President Barack Obama and seven Supreme Court justices.Her husband made that clear when he responded to Twitter claims that initially accused his wife of making the racist gesture:

@USAttyBash Zina is Mexican on her mother's side and Jewish on her father's side. She was born in Mexico. Her grandparents were Holocaust survivors. We of course have nothing to do with hate groups, which aim to terrorize and demean other people -- never have and never would.

Is it OK to form your fingers into the "OK" gesture?

The ADL (Anti-Defamation League) says it's just fine, because it is not inherently a racist symbol. In fact, the idea that it was started as a hoax on a 4Chan forum, according to an ADL analysis titled "How the 'OK' Symbol Became a Popular Trolling Gesture."

The "OK" hand gesture originated as one of these hoaxes in February 2017 when an anonymous 4channer announced "Operation O-KKK," telling other members that "we must flood Twitter and other social media websites...claiming that the OK hand sign is a symbol of white supremacy." The user even provided a helpful graphic showing how the letters WP (for "white power") could be traced within an "OK" gesture. The originator and others also suggested useful hashtags to help spread the hoax, such as #PowerHandPrivilege and #NotOkay. "Leftists have dug so deep down into their lunacy," wrote the poster, "We must force [them] to dig more, until the rest of society ain't going anywhere near that s***."

Following the cues of the hoax's originator, 4channers created fake e-mail and Twitter accounts and bombarded civil rights organizations, journalists, and others with messages furthering the "OK" hoax. It is possible that some of the hoaxers were racists or white supremacists themselves, as parts of 4chan are something of a haven for them, and the site itself has been a source of adherents of the alt right segment of the white supremacist movement.

The original launch of "Operation O-KKK" sputtered after a few days and it seemed that the hoax had run its course without spreading too far, but it picked up again in late April and this time was far more successful in spreading across social media--and beyond.

Ms. Bash has not personally explained her hand positions recorded by TV cameras at the Kavanaugh hearings. She did not say it she was simply signalling a friend to say she was "OK." But there is nothing to support the accusation that she was sending a message to white supremacists about Justice Kavanaugh.

Here is a well-known example of the same symbol being used by comedian Eddie Murphy while protraying his "Buckwheat" character on "Saturday Night Live." 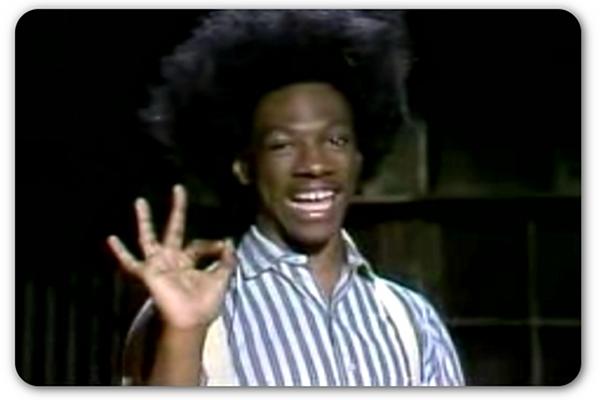