Did O.J. Simpson throw his hat into the ring for potential candidates to be the next head coach of Southern University? No, that's not true. Orenthal James Simpson did not announce that he wanted to be considered for the job of leading the football team at Southern University and A&M College in Baton Rouge, Louisiana. He also made no mention of it on his public Twitter account, where he prolifically posts.

Breaking news: Orenthal Simpson throws his hat into the ring for potential candidates for the next head coach of Southern University

The image appears to be a doctored version of the Associated Press photo USA Today used June 10, of 2019 and used by other publications and broadcast outlets. In the version posted with the claim, the Southern University logo, which does not appear in the original, has been digitally pasted in. 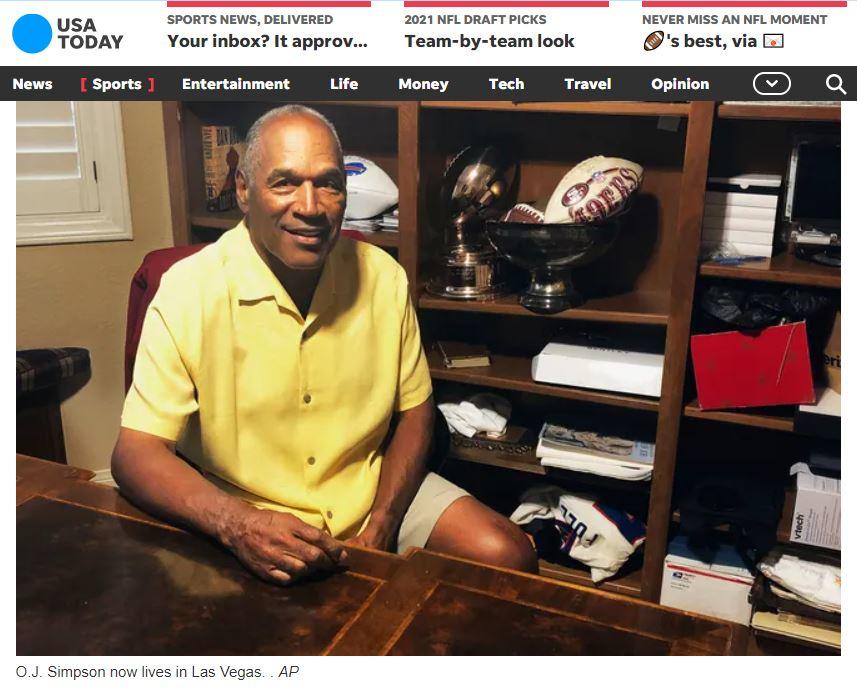 HBCU Sports, which covers athletics at the historically black colleges and universities, had reported multiple candidates were in the running for the job, but Simpson, winner of the 1968 Heisman Trophy while at University of Southern California and a 1985 addition to the Pro Football Hall of Fame, was not named among them.

Simpson was acquitted of the murders of Nicole Brown Simpson and Ron Goldman in 1995. He was found responsible for the deaths of the two by a civil jury in 1997. He was found guilty of multiple felonies connected to sports memorabilia and spent nine years in a Las Vegas jail. He was released in 2017.

Lead Stories contacted Southern University for comment and will update the story, as appropriate, when the university responds.