Was the first slave owner in America a Black man? No, that's not true: Anthony Johnson, an Angolan who was an indentured servant in the Virginia colony starting in 1621, did gain the recognized right to own property, including slaves, after he was released following years of being an indentured servant. He used slaves on his Maryland tobacco farm, but he was not the first person to own slaves in the colonies.

The claim has reappeared over the past decade or more in memes, articles and posts, including in this video (archived here) by Charlie Kirk on Facebook on July 11, 2021, under the title "Black Americans: the Government is NOT Your Friend." It featured a Black man making a statement and addressing a question to Kirk:

I do oppose the reparations because I feel like it's a kick in the face to our ancestors to think that you can pay off 400-plus years of slavery with a check from the government. But I keep hearing, you know, white people owe us reparations because they did this to us and stuff, but do you think we should hold Black people accountable too because last time I checked the first slave owner in America was actually African American, a slave owner from Angola by the name of Anthony Johnson, who also went to the Virginia courts to propose slavery. So I'm just like, it was successful, first kind of slavery by a Black person. Should we hold African Americans accountable as well? 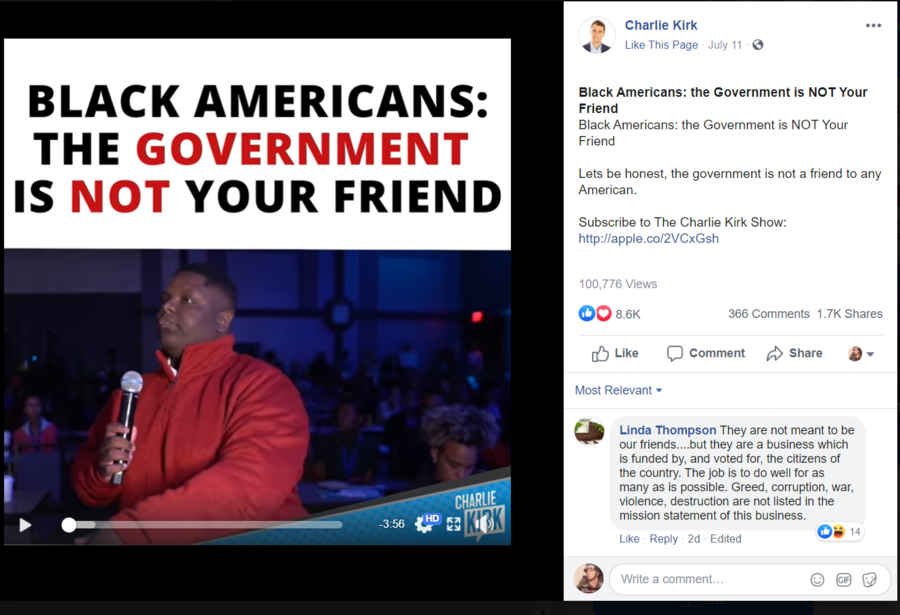 Kirk, a conservative activist who co-founded Turning Point USA, did not question the man's claim, but he did disagree with his conclusion that Black people should bear some blame for slavery. He responded:

My answer would be no, no. I mean, there are those exceptions, but that wasn't the rule.

Anthony Johnson's life story, which started in Africa and ended as a slave owner in Maryland, is often misrepresented because of a misunderstanding about the evolution of the status of Africans brought to the American colonies starting in 1619. Indentured servants from Europe were already in the Virginia colony, serving a specified number of years to pay off a debt generally incurred for their passage to North America.

The Africans were considered in the same category initially, although that status changed decades later to make their servitude lifelong and transferable to their descendants. Johnson was released from his servitude by the middle of the 17th century and began accumulating his own property, which eventually included an African servant "for life" named John Casor, according to an article published by the African American Intellectual History Society (AAIHS).

In 1621, Johnson was delivered to Virginia's shores as an African captive, simply called 'Antonio.' By the mid-17th century, he became a landowner newly named 'Anthony Johnson.' His ability to gain freedom resembles the functions of indentured servitude, in which an unfree laborer is bound to work for a landowner for a specific length of time. Once they satisfied the terms of their indenture, they could freely acquire land and capital.

The belief that Johnson's ownership of a slave would somehow make all African Americans living now responsible for slavery is countered by what eventually happened to Johnson's estate. The AAIHS article pointed to Harvard history professor Henry Louis Gates Jr.'s book "The African Americans: Many Rivers to Cross":

According to Henry Louis Gates, after Johnson's death a court ruled he was 'a negro, and by consequence, an alien.' Subsequently, the colony of Virginia seized his family's land and his descendants fade from the historical record. Presumably, they either fled the colony as anti-Black racism proliferated, or, more likely, they lost their freedom. Anthony Johnson and his descendants exemplify how the US took everything from Black people, even if they followed every rule.

While Johnson was an early American slave owner, he was not the first. If you do not count those who controlled indentured servants, the first person legally recognized under the definition as a servant "for life" -- or a slave -- was likely a man named John Punch, according to the AAIHS:

The existing scholarship indicates that John Punch was the first man known to be perpetually enslaved on July 9, 1640, a punishment he received for attempting to flee his indenture. He absconded alongside two fellow servants, a 'dutchman' named Victor and a 'Scotchman called James Gregory.' Following their apprehension, his counterparts each received only one additional year upon their indenture, while Punch, listed as a 'negro,' was enslaved 'for the time of his natural Life.' Punch's sentence documents an early framework for the growing attachment between Blackness and enslavement in North America, as the indentured white men did not receive similar punishment. Thus, Hugh Gwyn, the man who owned John Punch, would be the first recognized slaveholder, eliminating the spurious claim that a Black man innovated the North American system.

This is an example of a meme that has circulated on social media for years falsely claiming that Johnson was the first American slave owner. 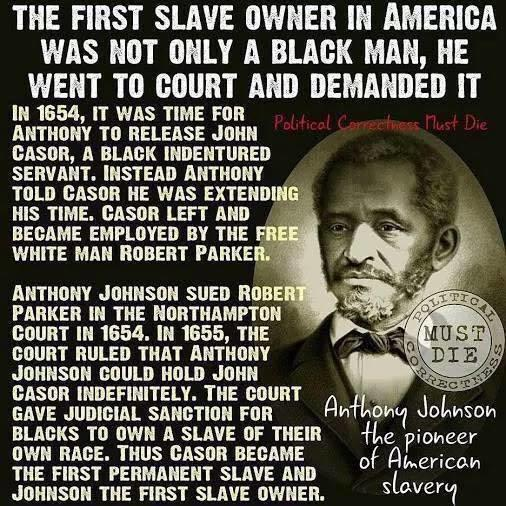 In addition to the factual errors in the meme, it also uses an image that is NOT Johnson. The photo is actually of Lewis Hayden, who escaped from slavery in Kentucky in the mid-1840s and became a leader of Boston's Black community. Considering that the image is represented as the photograph of a man who died more than 150 years before the invention of photography, it would seem an obvious mistake. 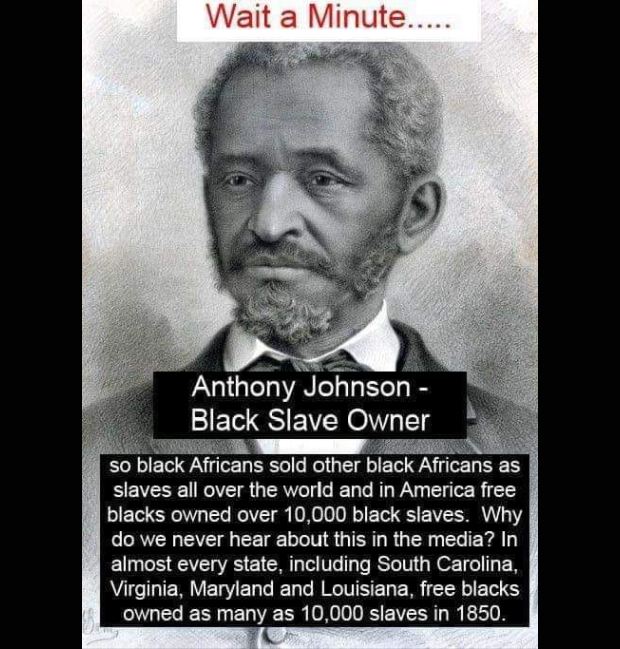