Do social media posts show Russian agents arresting neo-Nazis for an assassination plot and then displaying their confiscated property? Maybe, it's not clear what the images show: A video of the purported raid was released by Russia's Federal Security Service (FSB) that included still images of what its agents allegedly found.

The "evidence" displayed was staged in such a way that many observers found it a comically bad attempt at propaganda and a fully fabricated event. One Russian propaganda expert said, "The joke is that whoever set up these screen shots was not smart enough to interpret their instructions and made some very silly mistakes."

The FSB published a video of the detention of 'neo-Nazis' who allegedly planned the murder of Vladimir Solovyov. The agency showed images of swastikas, Ukrainian passports and a photo of Hitler attached to the column. 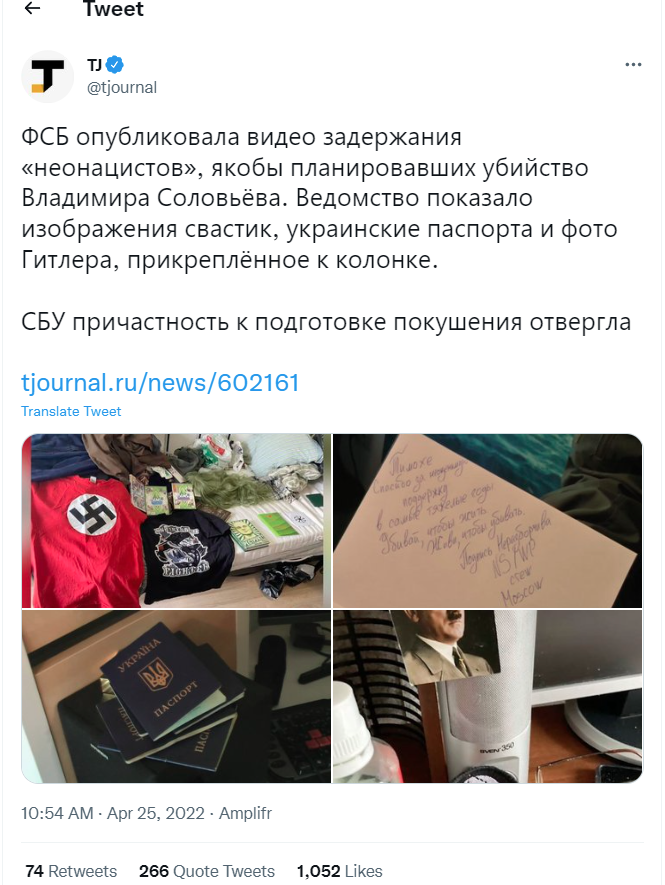 On April 25, 2022, Russian media reported a foiled assassination attempt against Russian state TV journalist Vladimir Solovyov. At a meeting of the board of the Prosecutor General's Office, Russian President Vladimir Putin reportedly said:

This morning, the FSB stopped the activities of a terrorist group that planned the attack and murder of one of the well-known Russian TV journalists. Of course, now they will deny this, but the facts and evidence are irrefutable. Let's go to terror! To prepare the murders of our journalists.

It should be noted that we know by surname the curators from Western services, primarily, of course, from the US CIA, who work with the security agencies of Ukraine. Apparently, they give such advice.

Images from the video included many items you might expect to find in a raid of Ukrainian neo-Nazis plotting to kill a Russian state journalist. There was a photograph of Nazi leader Adolf Hitler, T-shirts with a swastika symbol on the front, six Ukrainian passports and a blonde wig.

But the video also contained images that were head-scratchers. The intelligence agency highlighted the writing inside a book that translated to:

Timoh, thank you for the invaluable support in the hardest possible year. Kill to live and live to kill. Signed, Signature Unclear (or illegible/unknown signature). 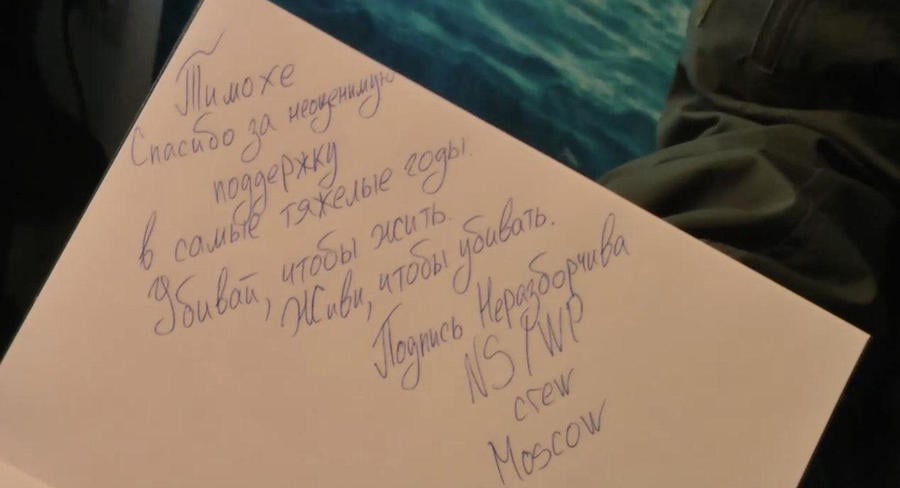 Russian FSB has fabricated a 'plot' to kill Russian TV propagandist Solovyov. Allegedly by Ukrainian SBU and Nazis. One of the 'evidences' is neonazi inscription on a book. Signed by 'Signature unclear'. Yes, FSB got an order to sign it with a 'signature unclear' - and did so! pic.twitter.com/P1vnDOXOIB

Another puzzling bit of "evidence" from the raid was three copies of "The Sims" video game. Some speculated that there was a mix-up. Was someone supposed to obtain three SIM cards for cellphones instead? 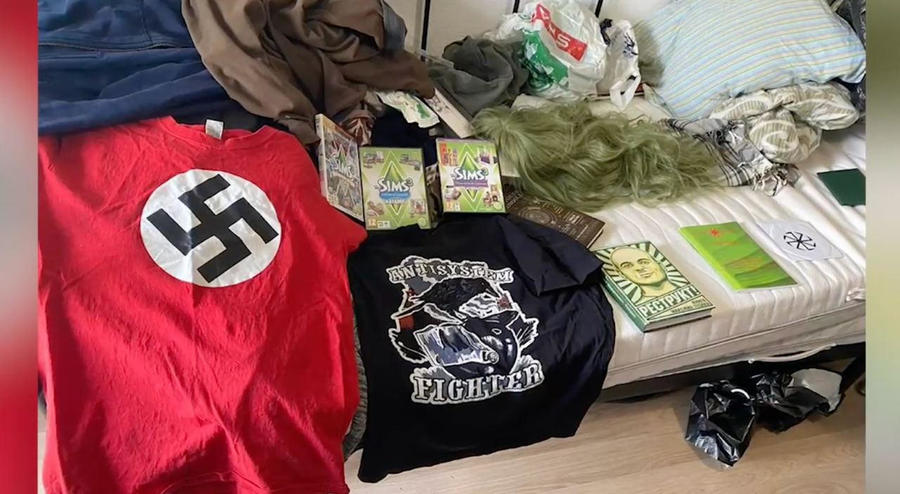 Who knew they were so into The Sims 3?

Later, the Investigative Committee of the Russian Federation posted a video that blurred the Sims video games (at 2:52) and excluded the book: 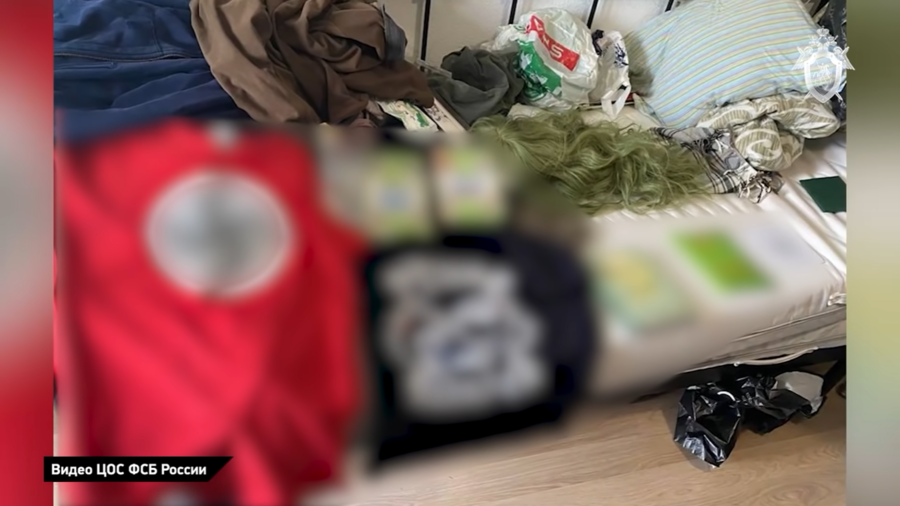 In an April 26, 2022, email to Lead Stories, Clint Reach, an expert on Russian culture, history and propaganda for RAND Corp., said "it's impossible to tell" what the Russians intended:

Others have pointed out a couple things about the screen shots. The story goes that, if these were fake, the people who made them were told to show '3 sim cards' and a note with 'an illegible signature.' In one of the screen shots there are 3 Sims video games. In another, the note is literally signed as 'illegible signature.' The joke is that whoever set up these screen shots was not smart enough to interpret their instructions and made some very silly mistakes.