Did Emma Gonzáles of "March for our Lives" fame attack a truck using a umbrella? Despite what a meme would have you believe it is not true.

We found a copy of the image in a post on America's Last Line Of Defense's Facebook page, published on March 28, 2018 with the caption "She has to be stopped!" (archived here). The image appeared to show Gonzáles smashing a car window under the caption:

Emma Gonzalez attacking a 2nd amendment supporter's truck at a March For Our Lives rally, (2018, colorized).

As Snopes already pointed out, the photo actually shows Britney Spears in a 2007 incident in which she attacked the car of a papparazo:

FACT CHECK: Was Emma González Photographed Swinging an Umbrella at a Truck?

Emma González was photographed attacking a truck belonging to a "Second Amendment supporter" during a March for Our Lives event in March 2018.

You can read more about that incident here:

Britney Spears' Life in Photos: Her Rise, Fall and Comeback

Follow the star's rise, fall and comeback On February 20, 2007, Spears checked into Promises rehab center. The next day, she took out her rage at the paparazzi by attacking a photographer's car with an umbrella. After she emerged from Promises, she cut communication with the people who had insisted she go to treatment: Rudolph, Federline and her parents.

The use of memes that claim to be "colorized" historical photos is quite popular among a certain subset of Donald Trump supporters. You can find many examples of it on Reddit's subforum The Donald: 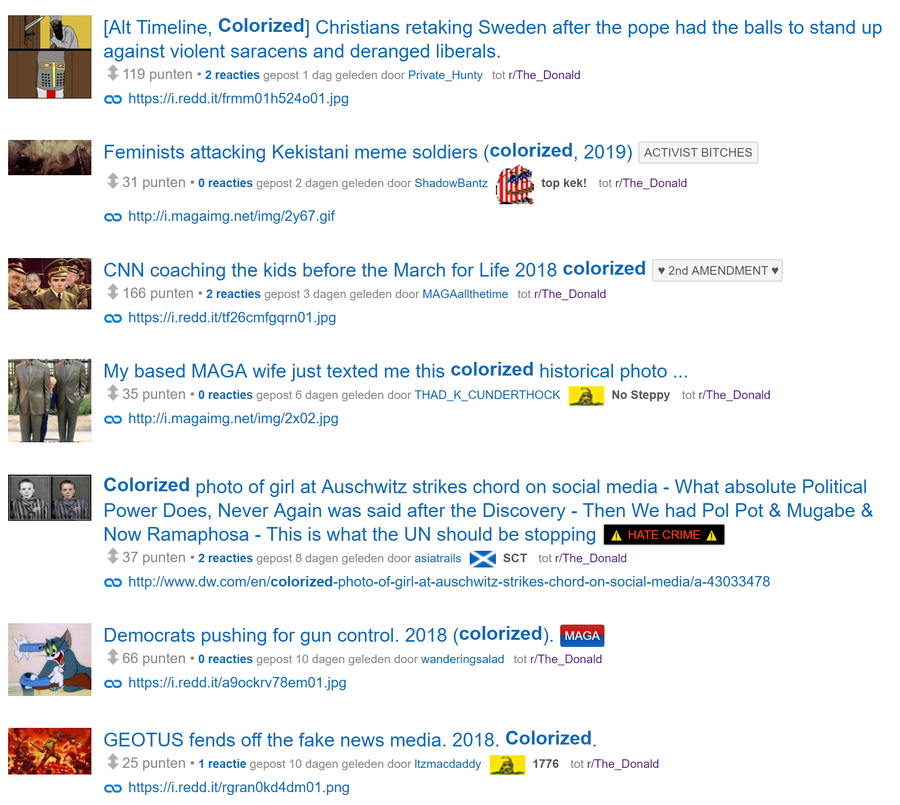 If you see the word "colorized" in a meme caption, always doublecheck first before assuming the photo is real.