Was a mega-insect discovered in Mammoth Cave, Kentucky? No, that's not true: a video that went viral with that claim actually showed a puppet used in a movie. The caption superimposed on that video is fake.

The video went viral through a post published by a Facebook page named "Kentucky For Kentucky" (archived here) with following text: 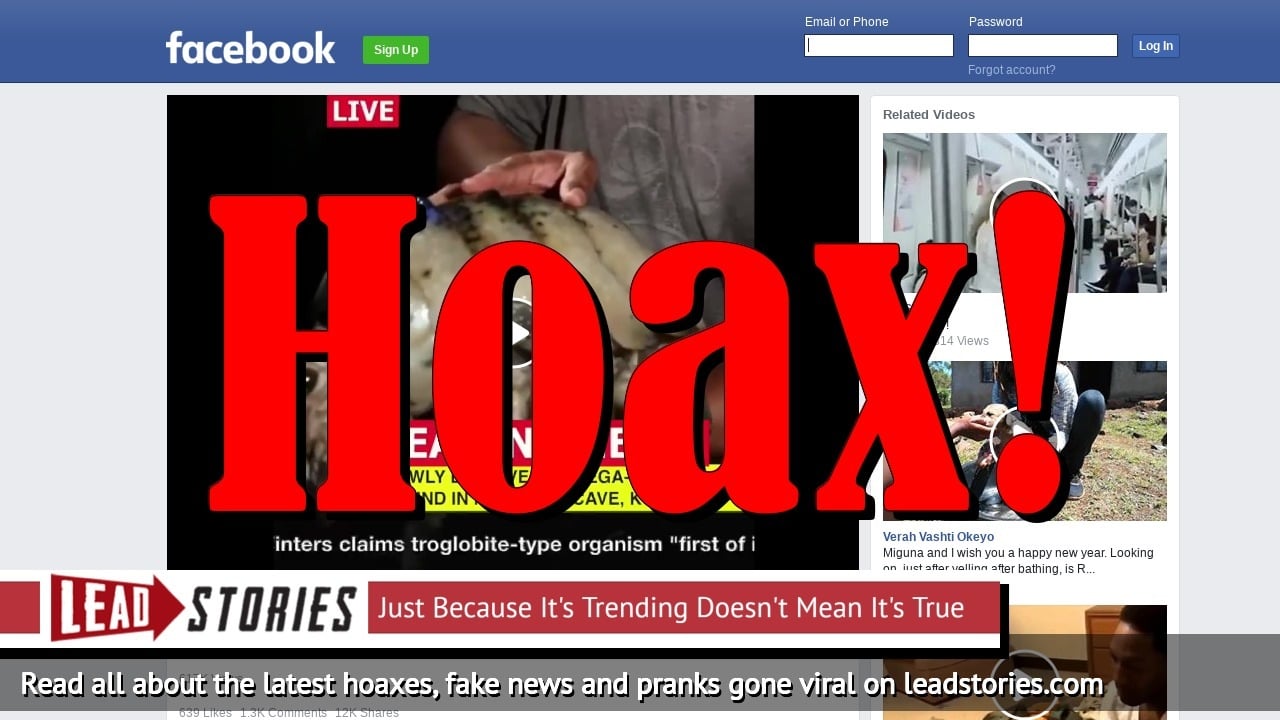 Here is an example of the video:

The name and quote from "speleologist" Chaz Winters kind of gives away the fact that the video is a joke:

The clip was taken from a behind the scenes look at how the "Rollie Pollie" creatures were made that were seen in the 2013 movie Pacific Rim:

You can see the actual footage that was taken for the fake clip near the end of this video.