Was the shooting in El Paso today perpetrated by someone named "Sam Hyde"? No, that's not true: trolls on Twitter quickly started claiming to have heard via police scanners that he was the shooter but it is an internet tradition in some circles to blame the comedian every time a mass casualty incident happens.

An example of a tweet making the accusation can be seen here (archived here):

From local scanner police have identified the shooter as a Sam Hyde. Post from 4chan identified him also with this picture. pic.twitter.com/3MQwMkVb9O 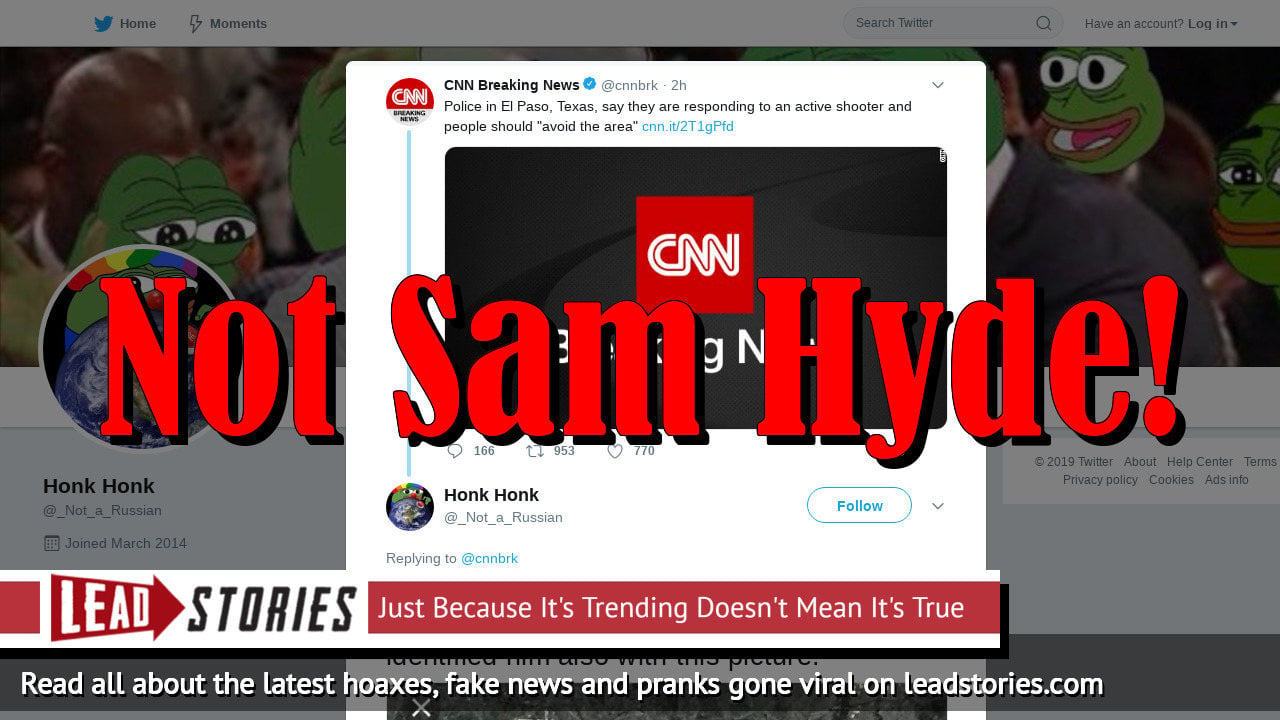 For actual coverage of the shooting, check here:

More than a dozen people are believed to have been shot near a Walmart in El Paso, Texas, on Saturday morning, as police warned of reports of multiple "shooters." Police responded to reports of an active shooting at the Cielo Vista Mall area shortly before 11 a.m.

Blaming right-wing comedian Sam Hyde of being the suspect after a mass shooting is a strange in-joke that has been going on for years.