Did Michelle Obama hire an all-star team to run a 2020 election campaign for President? No, that's not true. Michelle Obama hasn't even so much as announced a run for President. The story was published by a liberal satire website that tries to fool Trump supporters and Republicans into sharing made up stories that are clearly marked as satire when you actually click them. Articles from the site are frequently copied by foreign-run fake news websites. The people liking and sharing these stories are enriching foreign website operators (or a liberal from Maine) via the ad revenue generated with the content which is probably not what they expected or wanted.

The story originated from an article (archived here) where it was published by Be Best Website on February 17, 2019 under the title "Michelle Obama Hires All-Star Team to Run Her 2020 Campaign". It opened:

Michelle Obama has hired a team of election superstars to run her campaign for President in 2020. The campaign will be headed by none other than former Senator Al Franken.

The campaign will focus on "tearing down everything the orange shitgibbon Trump has done to our country and to return our nation to a state of general dignity."

The photo showing the supposed campaign staff is actually from 2010 and is described as "First Lady Michelle Obama participates in a Let's Move! Faith and Communities conference call in the First Lady's Office at the White House, Nov. 29, 2010. (Official White House Photo by Chuck Kennedy)": 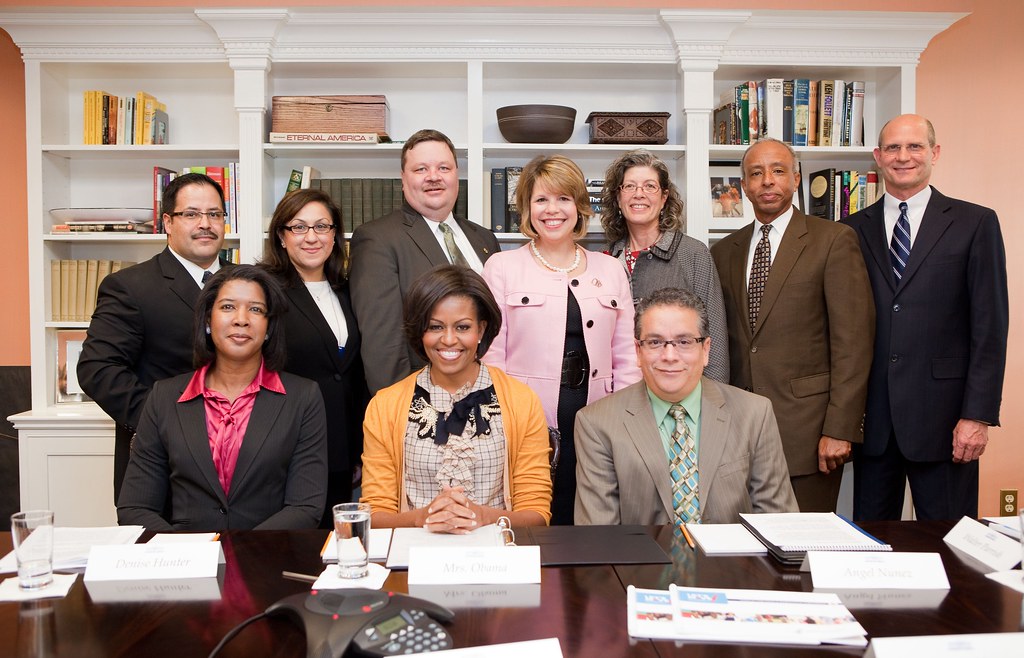 The words "campaign for President in 2020" linked to an Arabic Google translation of this text, making it clear the article was meant to rile Trump supporters:

By far, the scariest proposition for you turds. Not only a woman but a black woman? Married to your nemesis Obama? How dare she! Clutch your pearls, bitches.

In addition to that the story was published in following categories: "Political misinformation under the guise of proffering 'satire'" and "Satire To Raise Money For Snopes".

NewsGuard, a company that uses trained journalist to rank the reliability of websites, describes bebest.website as:

We wrote about bebest.website before, here are our most recent articles that mention the site: