Did President Trump just sign an executive order banning all assault rifles nationwide? No, that's not true: the "news" may have caused joy or dismay depending on which side of the debate you are on but it was totally made up by a prankster who launched the rumor through prank website LA TLMES (a name that looks a lot like the LA Times if you use a lowercase font).

The story originated from an article published by an anonymous prankster on September 21, 2019 titled "President Trump Signs Executive Order Banning All Assault Rifles Nationwide" (archived here). People who clicked the link were greeted by a video of Rick Astley singing his hit song "Never Gonna Give You Up". 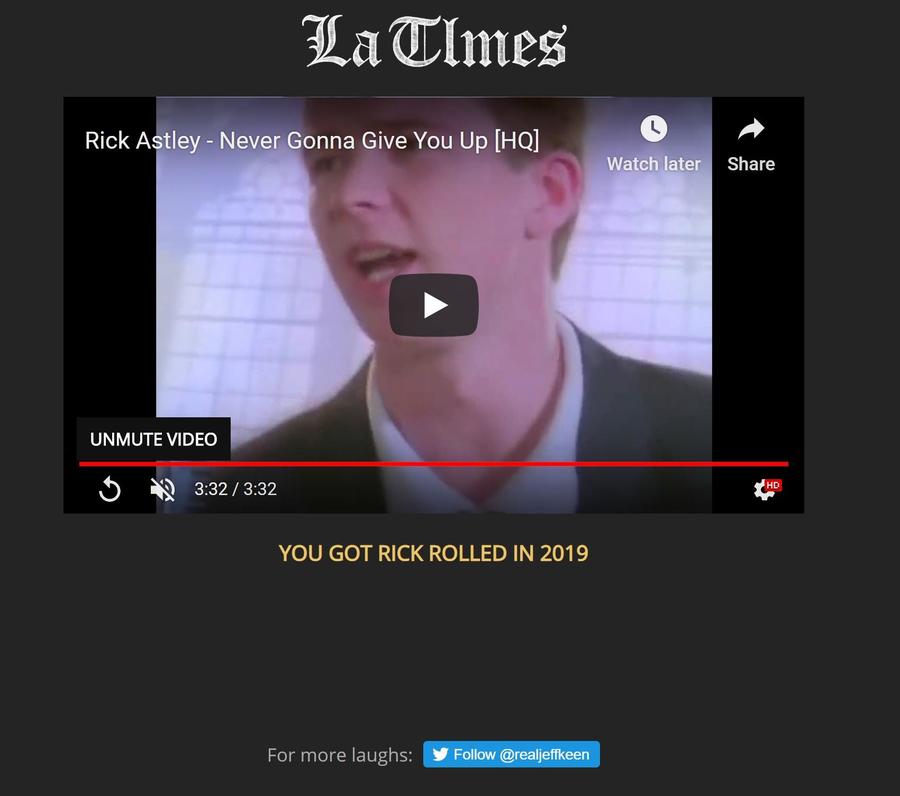 The website www.latlmes.com (not www.latimes.com, notice the lower-case letter "L" instead of the "i") is a prank website where anyone can upload a headline and pick a video to go with it in order to fool friends online. It appears to be the work of @realjeffkeen.

And yes, we checked, there really isn't an executive order banning assault rifles, at least not at the time this article was published. You can see all Presidential Executive Orders here for yourself at the Federal Register.

We wrote about latlmes.com before, here are our most recent articles that mention the site: