WUHAN, China (INTELLIHUB) -- Jiaxing Garden on Guitain Fourth Road was set ablaze on Monday as drastic measures have been taken in an attempt to control the deadly bioengineered Coronavirus spread. 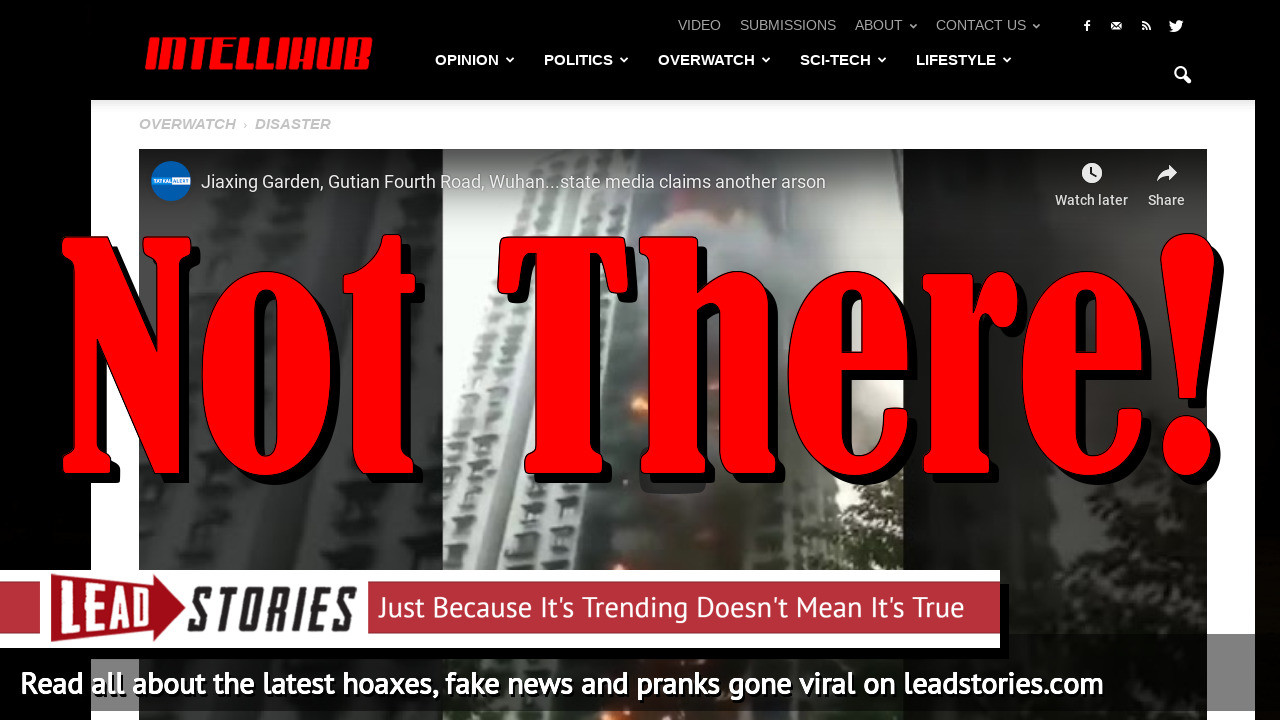 The story claimed that someone undertook "drastic measures" to try to control the spread of the novel coronavirus, which as of February 14, 2020, has killed almost 1,400 people, according to CBS News.

The site blamed arson for the fire and said it happened at Wuhan's Jiaxing Garden. However, this story is entirely made up. A search of matching thumbnails for the video embedded in the story revealed the fire happened on January 1, 2020, in Chongqing. No casualties were reported, according to one site.

AFP debunked a different claim, which had suggested that the fire was caused by the use of alcohol disinfectant in Wuhan. According to AFP's fact check:

The claim is false; fire officials in Wuhan and Chongqing, a city in Sichuan province, clarified the video in fact shows a fire ignited by a cigarette at a residential block in Chongqing; Baidu Maps' street view imagery of the address provided by authorities shows the same building seen in the video.

This map illustrates the driving distance between Wuhan and Chongqing:

According to AFP, authorities said there was no connection between the fire in Sichuan province and the novel coronavirus.

NewsGuard, a company that uses trained journalists to rank the reliability of websites, describes intellihub.com as:

A website that has promoted false and unsubstantiated conspiracy theories about the Wuhan coronavirus outbreak and the Sept. 11 attacks.

We wrote about intellihub.com before. Here is our most recent article mentioning the site: