Did 20 million Chinese people convert to Islam after it was proven that the coronavirus epidemic did not afflict Muslims? No, that's not true: The video does not appear to show Chinese people but rather Filipino men. They are heard speaking a mixture of Arabic and Tagalog, the latter of which is widely spoken in the Philippines. The original video was shared before the novel coronavirus was first widely reported.

The claim originated from a video post (archived here) published by Maamud Kamara on February 16, 2020, under the title "20m Chinese converted to Islam after it was proven that the corona epidemic did not afflict muslims." 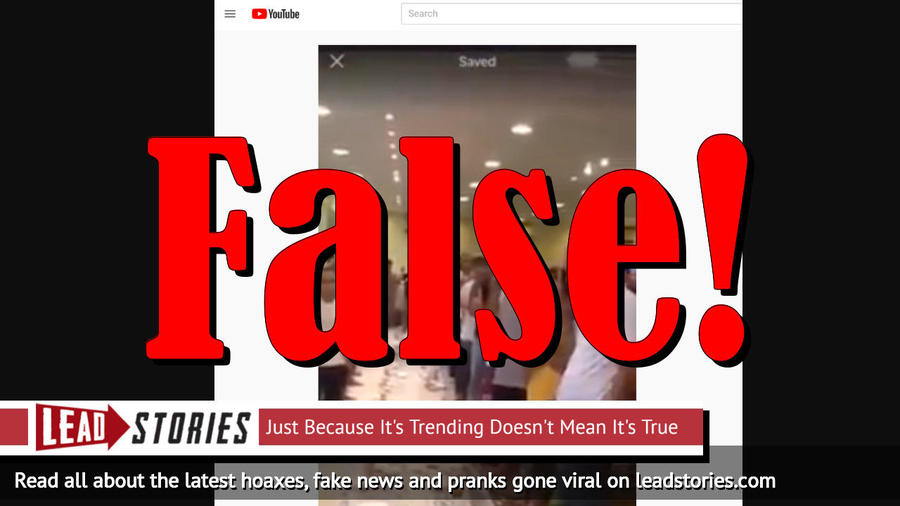 The video claimed that 20 million Chinese people converted to Islam because the novel coronavirus, which originated in Wuhan, China, would not affect Muslims. The video does not support these claims.

We spoke to a media executive based in Manila (who preferred that we not publish her name). She and a colleague from Indonesia analyzed the video for Lead Stories. On the clip, they said, the men are heard reciting the Shahada, a Muslim declaration of faith, first in Arabic and then again in Tagalog. Here is their translation:

Our sources said the men appear to be Filipino, not Chinese.

Also, it is implausible to suggest that Muslims would become immune to the coronavirus. Vox reported that there are concerns about the virus affecting China's Uighurs, a mostly Muslim ethnic minority, who are being held in internment camps.

TurnBackHoax.ID, an Indonesian fact-checker, has already rated the video as false. It concluded that the video had been shared before the outbreak was first reported. Here is a Google translation of its reporting:

The video that was shared is NOT RELATED to COVID-19 because it was circulating BEFORE December, the month in which COVID-19 (Coronavirus 2019) was reported to have begun to spread.