Did a device in a YouTube video accurately measure so-called "insane" radiofrequency radiation (RFR) levels coming from a nearby 5G tower? No, it did not: The video claimed that a handheld device showed radiation levels near a 5G tower in Australia that was up to 21 times higher than is safe. All the same, Lead Stories spoke to an electrical engineer at the University of California, Irvine, who called the video "ridiculous."

The claim originated in a post (archived here) published on YouTube by Qiao Dan on January 29, 2020, under the title "5G Tower insane radiation levels - Upto 21 times higher than safe limits!" It opened:

The highest EMF reading I have EVER got out of thin air, and this is about 15 metres away! 21 times what would be considered a "slight concern" and over 4 times what would be considered an "extreme concern". Normally I have to place the meter against the object I'm measuring to get a reading. Only very high levels are picked up without contact. Very few objects emit levels this high. This is a highly populated residential and commercial area and right next to a train station. Very sad and most people don't have a clue. 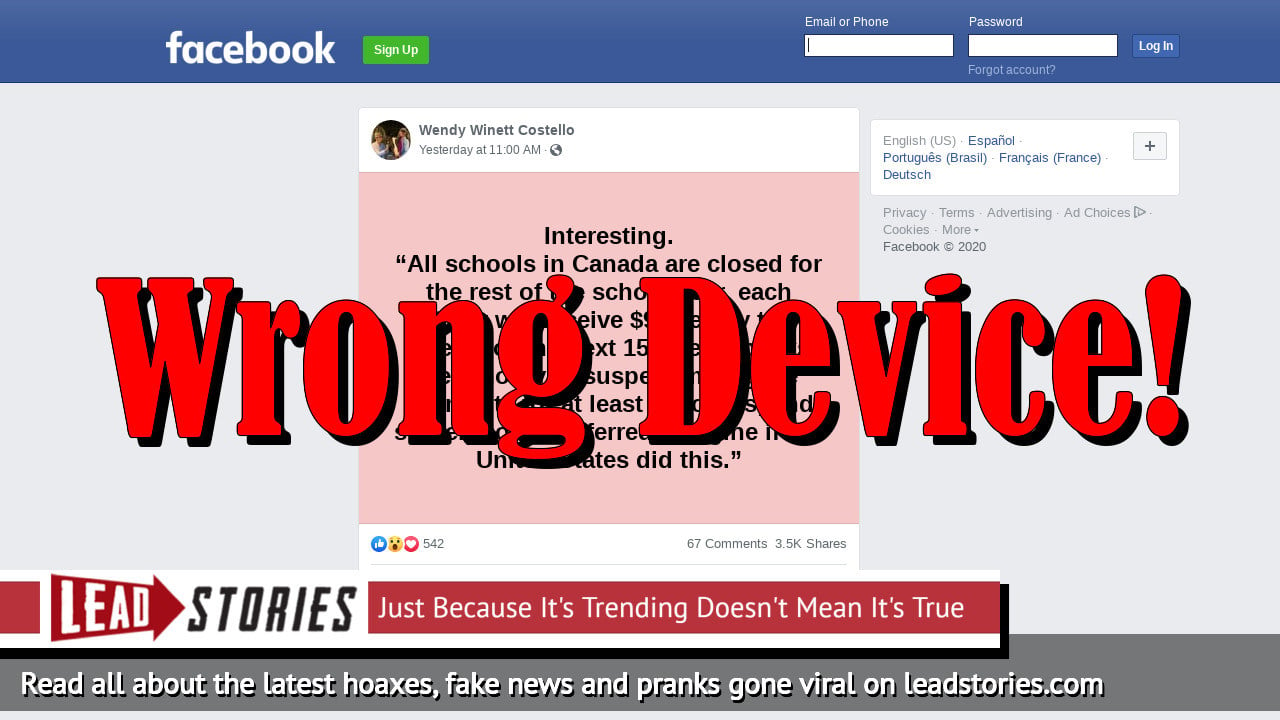 The poster of the video claimed that his digital LCD EMF detector could measure 5G, or fifth-generation wireless technology, radiation levels from a nearby cell tower. Here is a link to the product page from a Chinese gadget shop selling the device for $10.95.

Lead Stories consulted with Dr. Payam Heydari, Ph.D., a professor of electrical engineering at the University of California, Irvine. He reviewed the video and said:

Heydari said to get an accurate reading of 5G RFR levels would require higher-end equipment: a power sensor and power detector, which could cost as much as $10,000.

Also, the poster was standing under a power line when his EMF meter emitted a loud beeping sound. Heydari said the device was likely picking up the power line signal, not the 5G tower in the distance.

The EMF meter is used for electrical readings, after all.

In the comments section, the YouTuber is repeatedly pressed to reveal exactly where he shot the video. He refused to give the exact location to protect his privacy, but he did offer that it was shot somewhere in Australia. 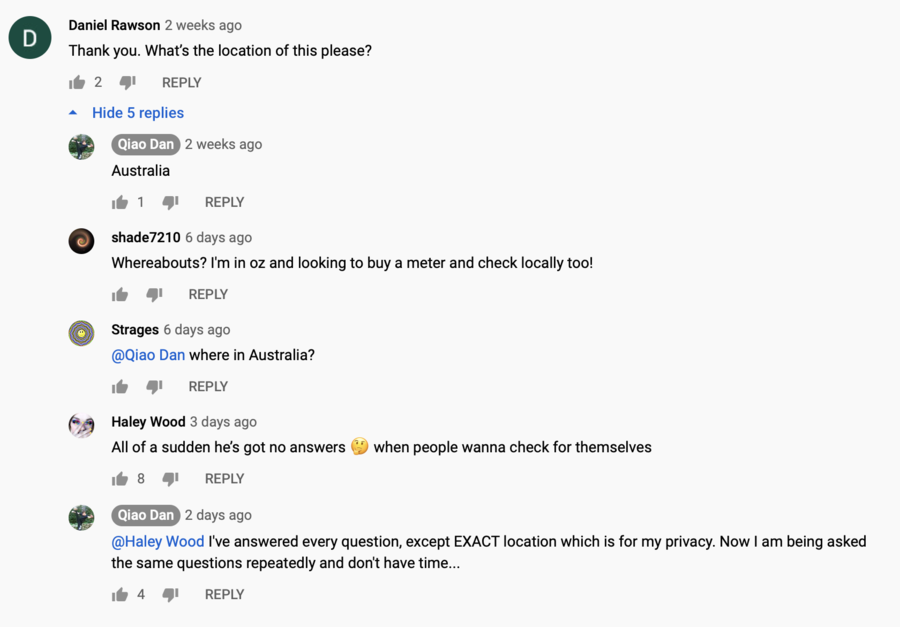 The poster's YouTube channel is mostly filled with martial arts videos dating back 11 years. Then, seven months ago, he stopped posting those videos and has since uploaded several videos of bird calls.

This is the only video on his channel related to the new wireless technology.

5G has become intensely controversial in many locations, with skeptics claiming the technology is potentially dangerous to our health. Heydari said those concerns are unfounded:

People should not be really concerned for the following reasons: despite the fact that these wireless companies such as Verizon, AT&T and the backbone hardware companies, such as Apple, Broadcom, Qualcomm, they're advertising that 'Oh, 5G is totally new, it's nothing compared to 4G or other standards,' let me tell you what. When it comes to user-to-user communication, there is not much difference really when it comes to the frequency usage. The bandwidth per user will increase, of course. But there is not much difference. Think about it: the big semiconductor and high-tech companies are not ready to completely revolutionize the wireless infrastructure by just abandoning the (existing) cell phones and just use another completely different cell phone.

An article in Scientific American backs up this assertion:

5G systems will operate in several frequency bands, including one that is slightly below (and will eventually extend into) the millimeter-wave part of the RF spectrum that extends from 30 to 300 GHz. While millimeter waves have not heretofore been used for cellular communications, they have been used for many other applications, including airport security scanners, anticollision radar for automobiles, and to link present-day cellular base stations.

Public discussions appear to conflate 5G with millimeter-wave communication. In fact, many 5G networks will operate at frequencies close to those used by present cellular networks, and some may use millimeter waves to handle high data traffic where needed.

Bottom line: The video does not demonstrate an accurate measurement of "insane" radiation levels from a nearby 5G cell tower. A much more expensive device would be needed to measure those levels accurately.

There is a lot of misinformation online regarding 5G. Here are some fact checks that Lead Stories has done on the topic: