This is a picture of all the men who have killed police officers this year.
Anyone notice anything strange?

This collection of mugshots and the identical caption was posted as a tweet (archived here) on December 14, 2016, by an account called FergusonActivist.

A picture of all of the men who have killed police officers this year.

The focus of this fact check is not any of the individual cases but the claim as a whole. Using reverse image search, Lead Stories confirmed that each of the 16 photos included in the meme are associated with people who killed law enforcement officers in 2016, or who were charged in those deaths. Image search results were associated with news reports that appear in a numbered list below. 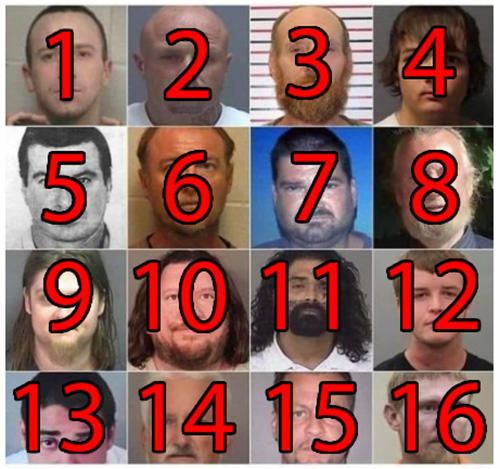 The website we used for a reference to see if any cases were omitted is the Officer Down Memorial Page. It is searchable by year, as well as by cause of death. There are 64 officer memorials on the website that indicated a death by gunfire in 2016. Following the chronological list on the Officer Down Memorial Page it is apparent the person who designed this meme intentionally passed over some incidents to present a skewed racial makeup of people who had killed police officers.

For the purpose of examining the basic claim of this meme, the search was limited to gunfire. Killings of officers by other means may be absent.
The Officer Down Memorial Page describes its mission this way:

The Officer Down Memorial Page, Inc., (ODMP) is a non-profit organization dedicated to honoring America's fallen law enforcement officers. More than 24,000 officers have died in the line of duty in the United States since 1776 and ODMP is honored to preserve their memories and give friends, family, other officers, and citizens alike the opportunity to remember the fallen and honor their sacrifices.

We compiled a new collage of 16 mugshots. This does not represent the full year of 2016, it only goes to May 9. Articles associated with the additional incidents are listed below. 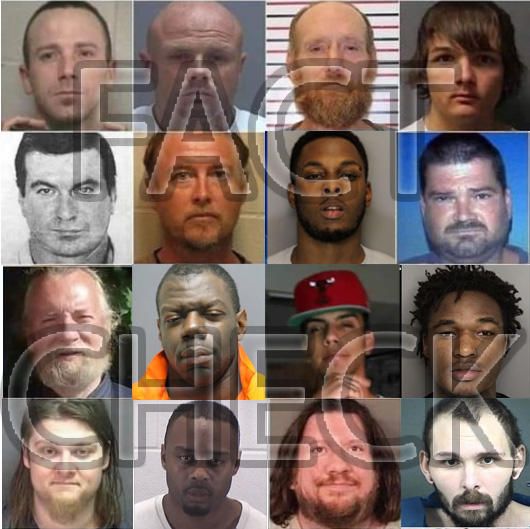 Pictures of people who killed police officers between January 1, and May 9, 2016