Did "The Simpsons" television show predict several future events including George Floyd's death, the Notre Dame cathedral fire, Donald Trump touching an orb and others? No, that's not true. A video containing clips of events that the FOX TV show "predicted" has several fake images purported to be from the show, but they were never part of "The Simpsons."

The claim appeared as a video (archived here) on Instagram on May 4, 2021. It opened: 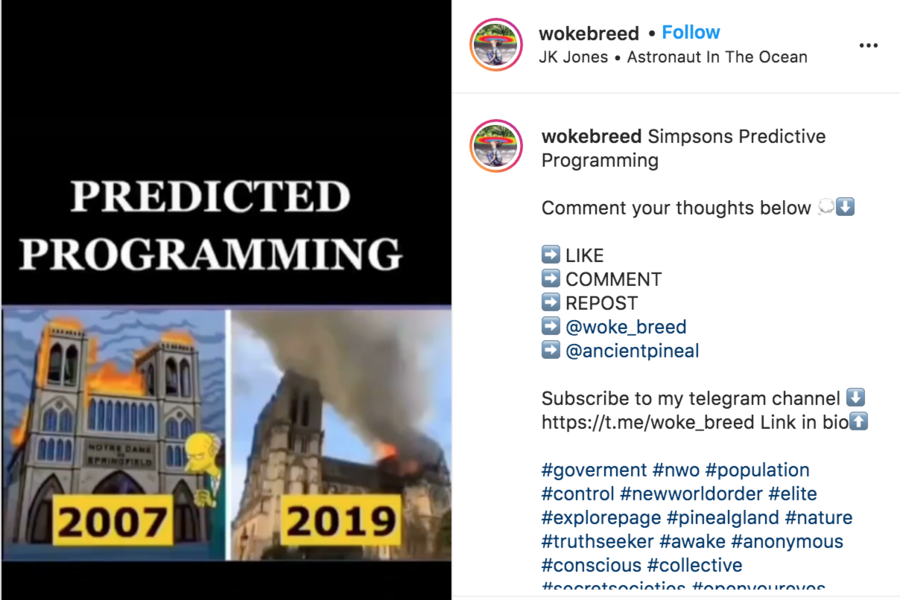 Let's break down the false images in the video, which has no narration and only puts up side-by-side images purported to be from "The Simpsons" juxtaposed with photos from actual events, all under the header, "Predicted Programming":

An illustration of Lisa Simpson holding a "Justice for George" sign as a police officer kneels on a Black man's back is not from the TV show. The image used is an original artwork from artist Yuri Pomo, who confirmed to Lead Stories in 2020 that he created and posted the art in the aftermath of George Floyd's death, and that his artwork had been misappropriated. 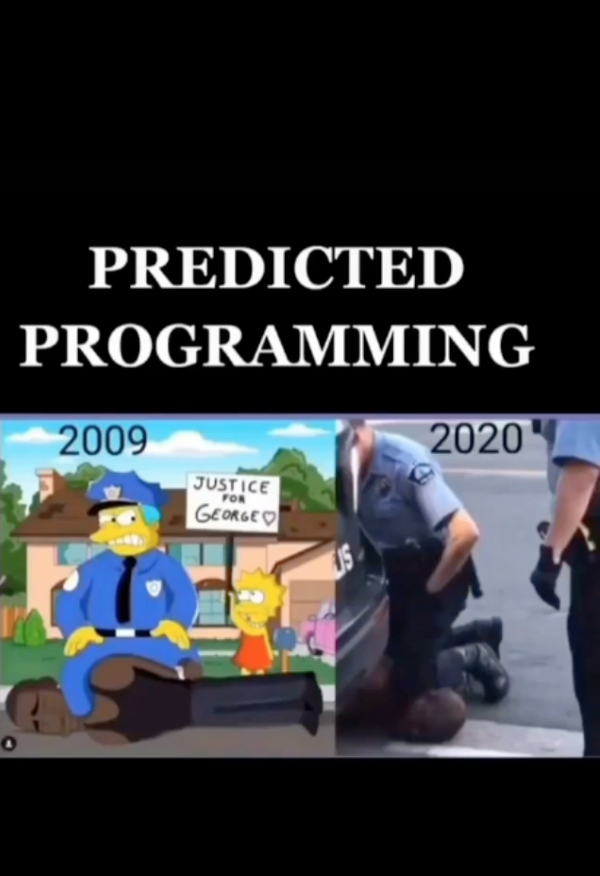 The image of "Notre Dame of Springfield" on fire with Mr. Burns in the image is not real. In the 2007 episode Homer Simpson is at the famous Parisian church but it does not catch fire as the real church did in 2019. The church appeared in the episode "Husbands and Knives" that aired November 18, 2007, in the 19th season of "The Simpsons." The episode was a parody of "The Hunchback of Notre Dame," not predicting the future fire. This is the image of the church that appeared in the show: 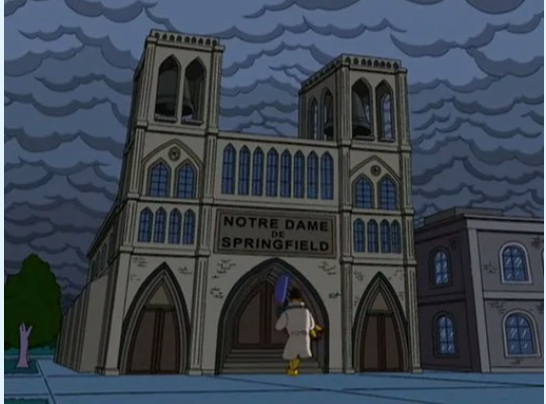 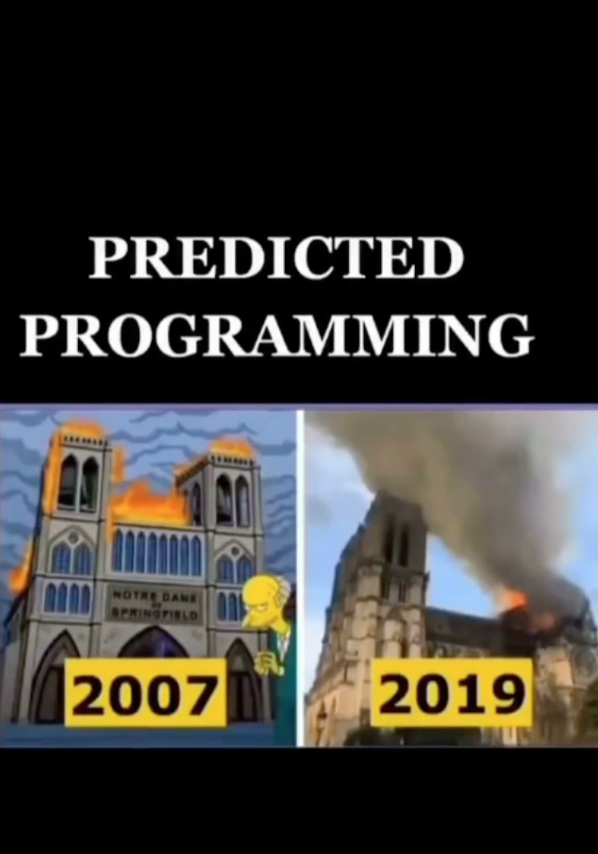 "The Simpsons" did not air an episode with the photo of President Donald Trump touching a glowing orb in Saudi Arabia in 2007, predicting an actual event that took place in 2017. "The Simpsons" posted a spoof video on the show's official Facebook page on May 26, 2017, titled: "125 DAYS, 125 Days: Donald Trump makes one last try to patch things up with Comey." In the video the image of the orb is shown at six seconds in.

This was several days after Trump was photographed on May 21, 2017, touching the glowing orb with King Salman of Saudi Arabia and President Abdel Fattah el-Sisi of Egypt, according to the New York Times. 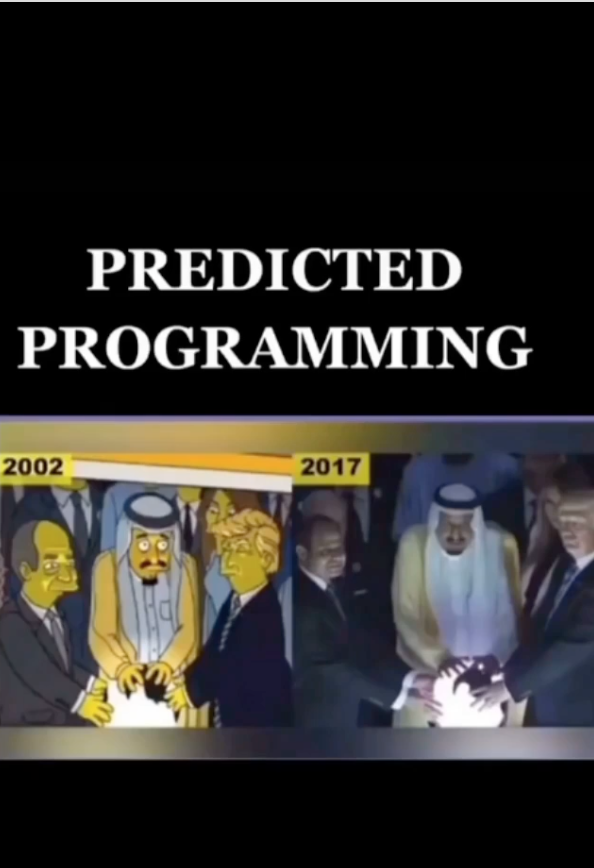 "The Simpsons" also did not predict the Ebola virus outbreak in 1997. In the episode "Lisa's Sax," there was a book titled "Curious George and the Ebola Virus," but the virus was well-known by 1997 and magnified by the 1994 book "The Hot Zone: The Terrifying True Story of the Origins of the Ebola Virus." The Florida Times Union debunked the claim in 2014. There was an Ebola outbreak in Zaire as the Centers for Disease Control noted on its website in 1995. 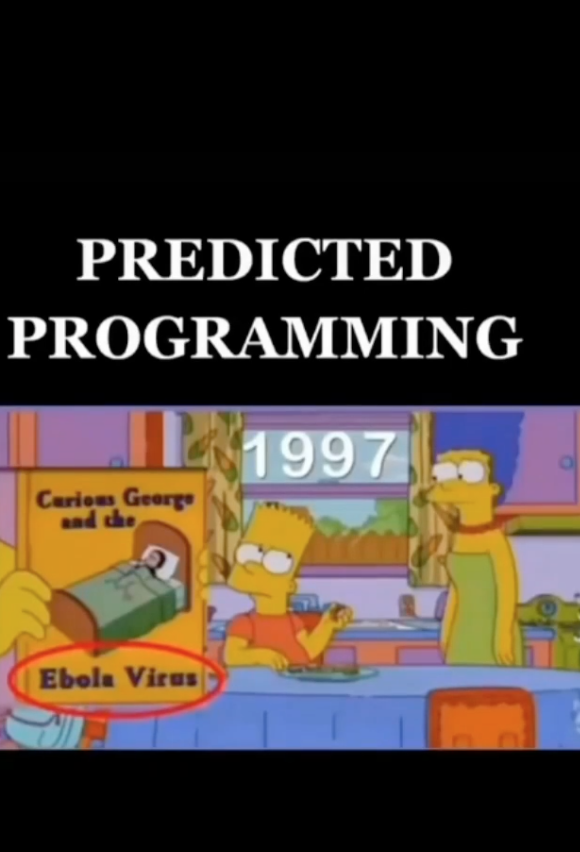 The video does show several "predictions" that actually are from the show and a Simpsons movie. The image of Lisa Simpson wearing a purple suit is from the 2000 episode "Bart to the Future," where Lisa becomes president AFTER Donald Trump. Coincidentally, Kamala Harris wore a similar outfit to the 2021 inauguration. 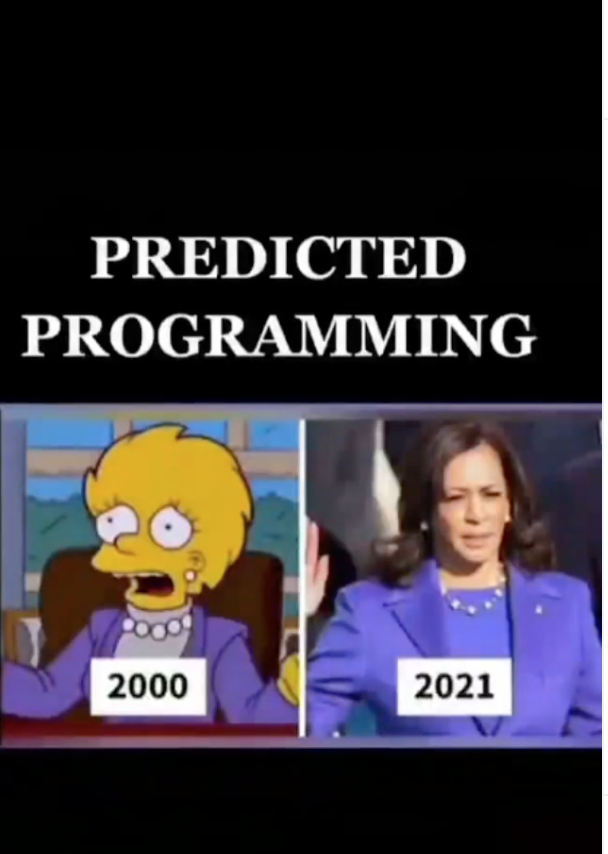 Bart Simpson looking at a magazine with the price of $9 with the Twin Towers in the background implies a foreshadowing of 9-11, but it too is a coincidence. The image is from the 1997 episode, "The City of New York vs. Homer Simpson."

According to the Irish Times:

In 2010, Bill Oakley, an executive producer on the show at the time, told The New York Observer: "$9 was picked as a comically cheap fare," he says. "And I will grant that it's eerie, given that it's on the only episode of any series ever that had an entire act of World Trade Center jokes. 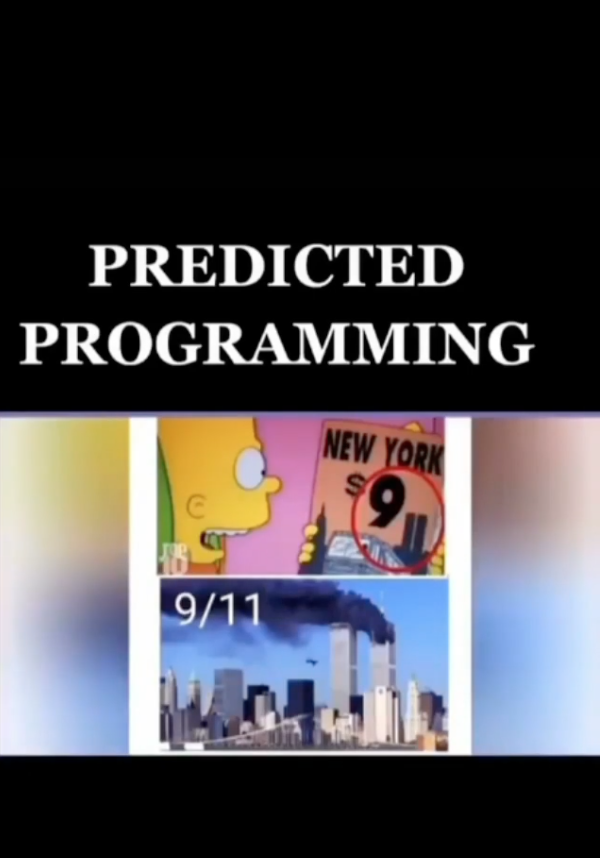 The "Pushy kid nags town" newspaper in a scene with Lisa Simpson is also real but the implication that she was somehow foretelling the success of activist Greta Thunberg a decade later is not. The 2007 Simpsons movie had Lisa as an environmental activist, similar to Thunberg, and images of both with their mouths open are juxtaposed -- but there the resemblance ends. 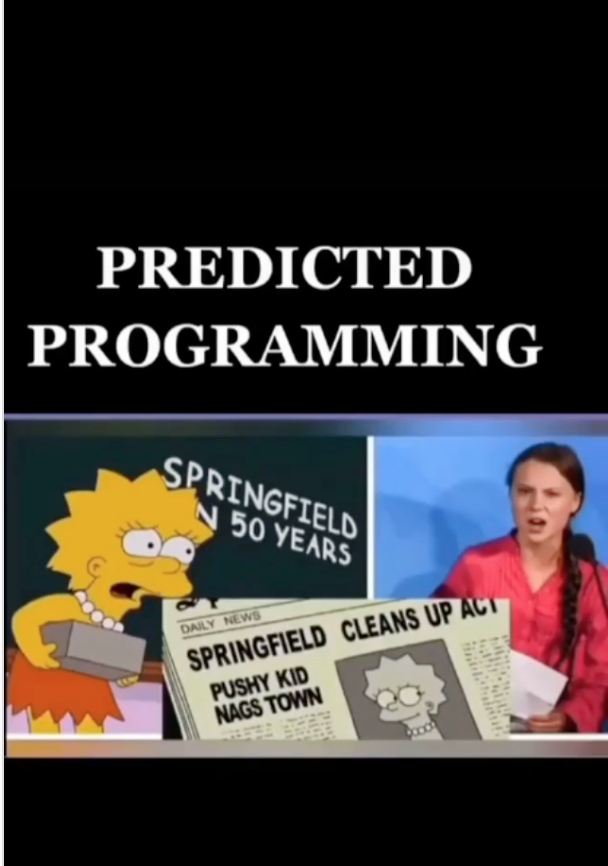