Was a digital billboard in Wilmington, North Carolina, hacked to feature memes that were critical of President Joe Biden? No, that's not true: According to Donald Tedder, owner of the digital billboard, the billboard was not hacked -- the memes were provided by a "private citizen."

The claim appeared in a Facebook post (archived here) published on August 17, 2021. The post included images of a digital billboard that featured memes of Biden mocking his Afghanistan policy and the collapse of the Afghan military and government after the policy was enacted. One meme showed Biden in the foreground eating ice cream with a surprised look on his face, while the background was an image of a helicopter over the U.S. Embassy in Kabul, Afghanistan to evacuate U.S. citizens as the Taliban advanced to Kabul. The other meme showed Biden peeking through blinds. The caption of the post read:

Social media users quickly investigated, with one YouTube user filming the digital billboard, located near the intersection of Eastwood Road and Racine Drive in Wilmington, as it displayed the memes. The video was uploaded on August 17, 2021. Screenshots of video showing the memes on the billboard are included with their timestamps below: 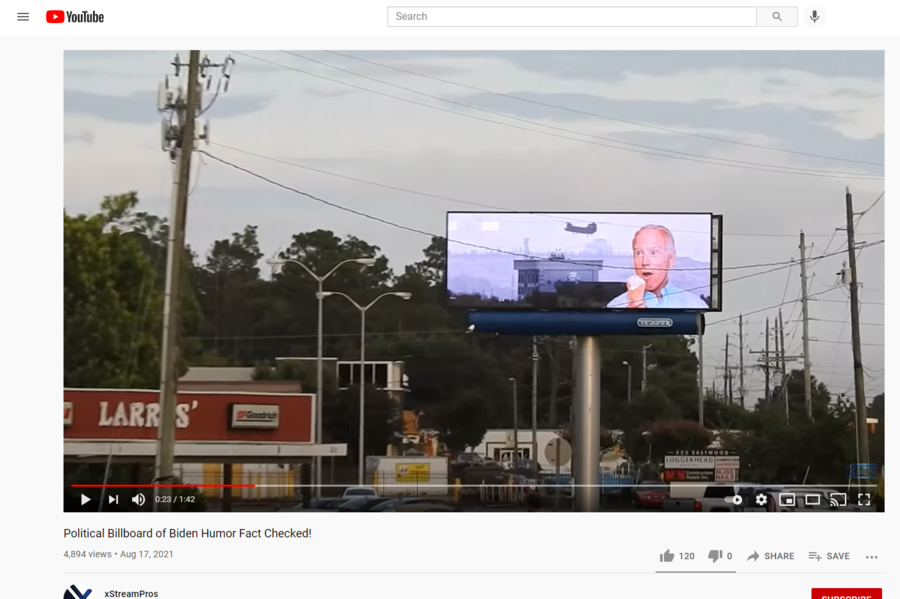 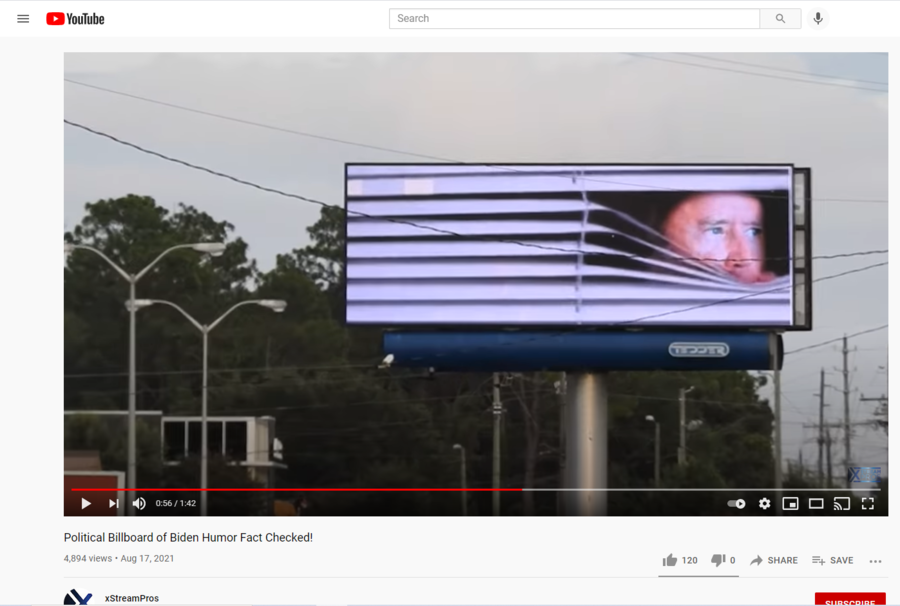 Social media users speculated that Tedder, president of Tedder Media Management, LLC, was responsible for putting the memes on the billboard. However, Tedder would not confirm or deny that. In a phone conversation with Lead Stories on August 18, 2021, Tedder only verified that the billboard memes were there by intent:

It wasn't hacked, it wasn't Photoshopped.

When asked who paid for the billboard to display the images and if it was an advertiser or himself, Tedder said that it was "a private citizen" who decided to "wake up one morning" and showcase the memes. He went on to say that the billboard

...says nothing other than a feeling [the 'private citizen'] believed in.

Besides large outdoor advertising company Lamar, Tedder is the only other owner of a digital billboard in Wilmington. In 2016, he was granted a variance to continue to keep the billboard digital.