Did Mike Lindell give closed-door testimonies against Trump? No, that's not true: The My Pillow founder told Lead Stories via text message that claim is absolutely incorrect. "Of course I didn't," he said, denying the allegation. The claim was made in a video that said in the headline he gave the secret testimony but Lindell wasn't even mentioned in the video.

The claim appeared as a video (archived here) where it was published on Facebook on December 10, 2021, under the title "Mike Lindell gives closed-door test!monies aga!nst Trump." It opened:

Welcome viewers. Welcome to American Inside where we bring to you the latest trusted and reliable information.

The video opens with a voiceover while showing a series of still photos of former President Donald Trump. It begins:

Stop the Steal organizer Ali Alexander arrived on Capitol Hill on Thursday to give closed-door testimony before the House Select Committee to investigate the January 6th attack on the U.S. capitol.

The video repeats information about Alexander's closed-door testimony, which was reported by national news outlets as having taken place on December 9, 2021.

Mike Lindell was never mentioned in the 8:35 video.

Lead Stories founder Alan Duke reached out to Lindell via text on December 13, 2021. He responded, "Of course I didn't .... Wow Alan you are actually going to put a fake flag over a fake story," with a thumbs up emoji. Here is a screenshot of their text exchange: 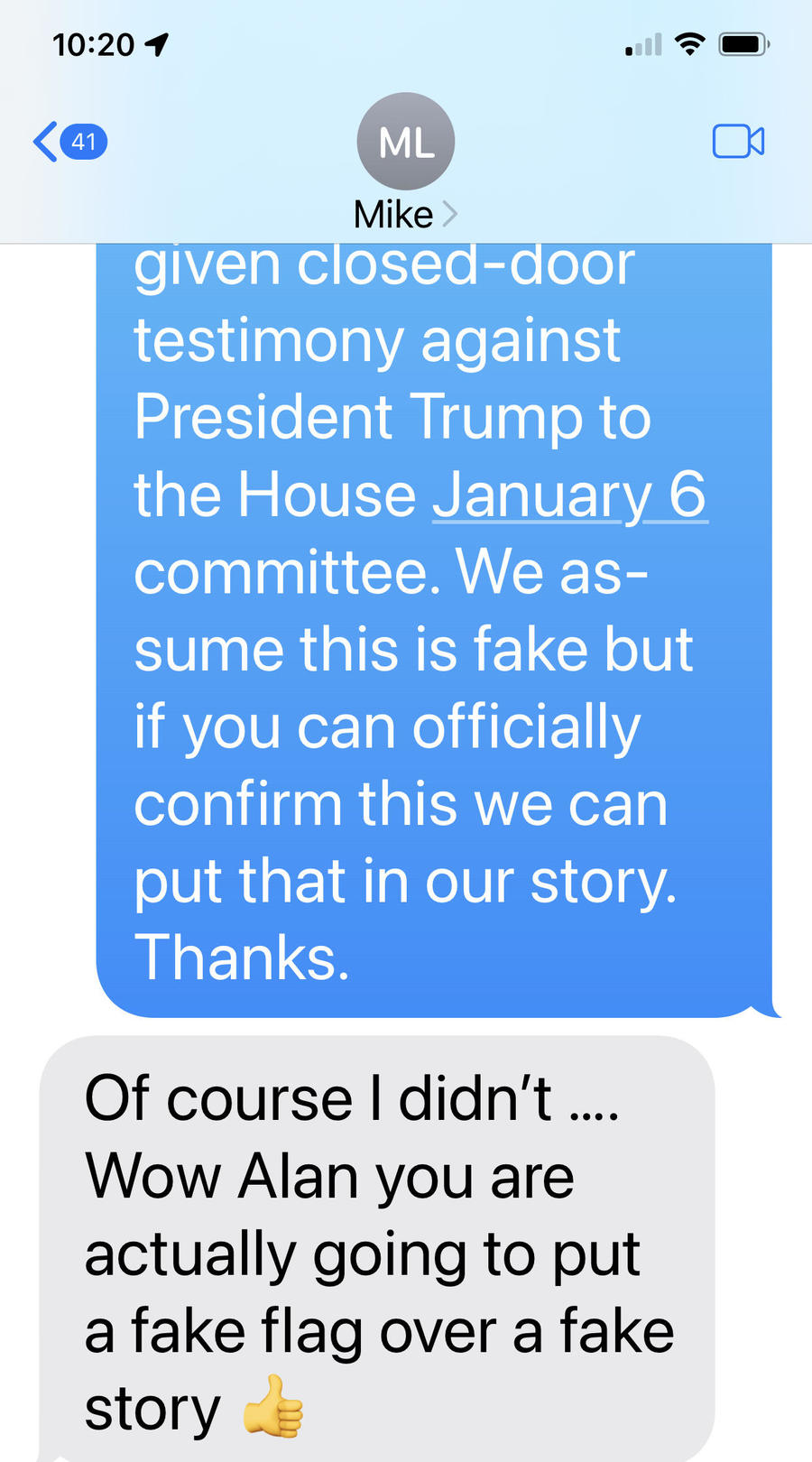