Is an image of a mannequin missing an arm in a French hospital, with the image made to appear part of a TV news report about COVID-19, real? No, that's not true: This image is a photoshopped combination of two separate screenshots. A representative of the Quebec Heart and Lung Institute at Laval University (IUCPQ) confirmed with Lead Stories that the image of the nursing staff surrounding the mannequin was from a training at their facilities (not from somewhere in France) and that the mannequin is armless because it is used for cardiac and pulmonary purposes.

The image appeared in an Instagram post on January 7, 2022. Beside the image of a mannequin in a hospital bed in a TV report with an orange circle where the left arm of the mannequin would be is the caption:

'Why did I see so many mannequins on TV during a so called pandemic? Thats like the 5th time I've seen one of those lmao' #Plannedemic #AllTheWorldsAStage
😂

The text above the image reads:

France: Hospitals are so saturated with the omicron variant that there is not even time to put the arms to the mannequins for the media... 🇫🇷 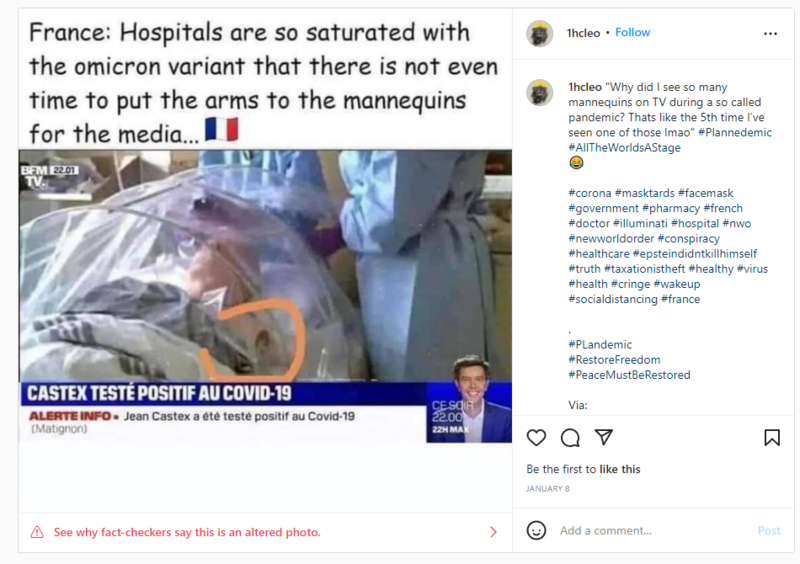 Lead Stories used TinEye reverse image search to identify the probable origin of the combined image in this post and the source of the TV news byline and logo in this photo. 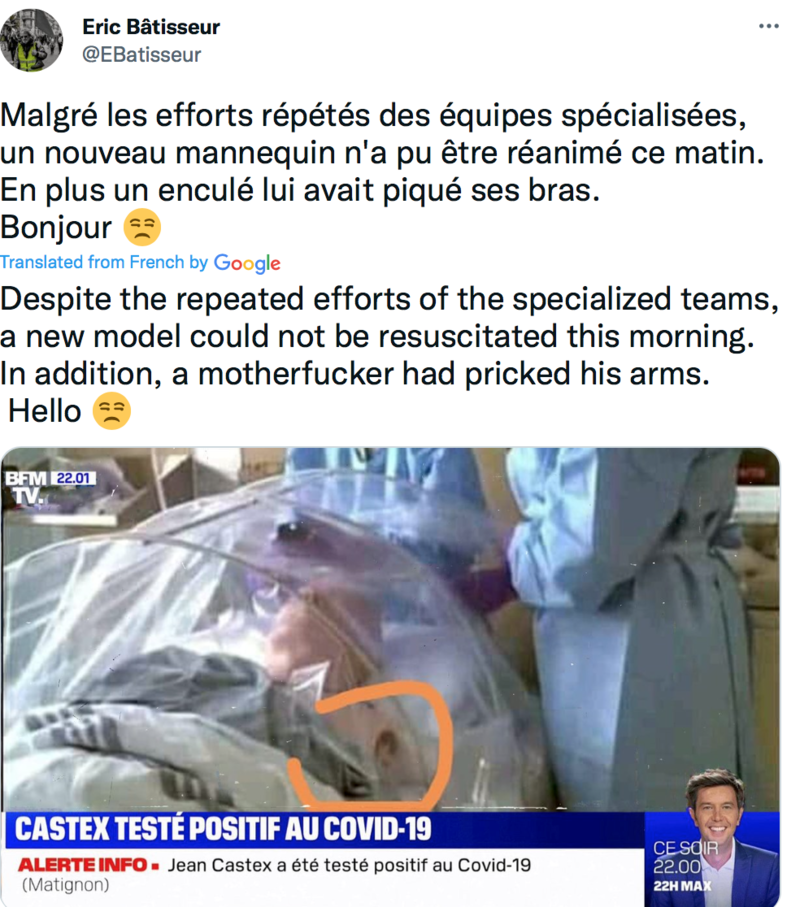 In a December 11, 2021, reply to a tweet inquiring about attribution of the "BFMTV. 22.01" logo in the upper left corner of the photoshopped image, Bâtisseur says, in what appears to be a rough English translation by Google:

Of course it's a montage. Obviously it's a joke... If you only understand the 1st degree, you have to stay in the fridge. 😂 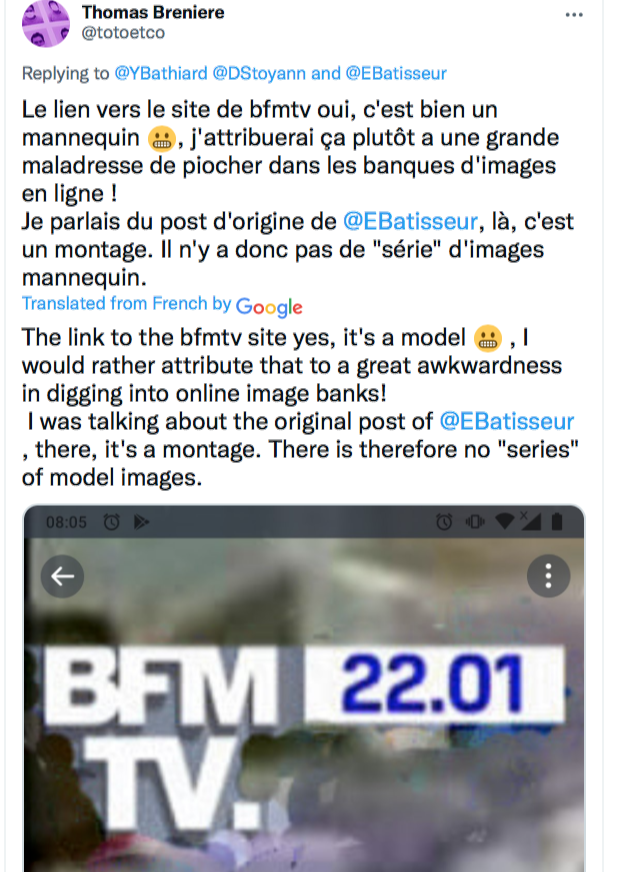 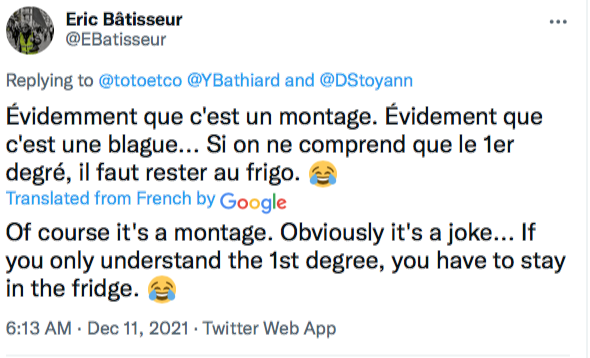 The TV news logo and headline appears in this recorded BFMTV news report, titled, in English, "Jean Castex Tested Positive For COVID-19." The publication date underneath this recording is November 22, 2021, four days before the World Health Organization declared the omicron variant one of concern.

A Yandex reverse image search produced this photo of what appears to be medical personnel practicing a medical procedure on a mannequin -- which fits the other image in the post with the news report byline. In the bottom right corner of this image is the IUCPQ logo.

Joël Clément, the director of public relations and human resources at IUCPQ, explained the origin of the above image to Lead Stories via email on January 26, 2022:

I confirm that this image is indeed from a simulation teaching video with a dummy relating to COVID patients in intensive care. Indeed, the mannequin used by the nursing staff of our establishment (and not an establishment in France) has no arms.

Clément cites this April 23, 2020, video, titled, "The Institute in the time of COVID-19: simulation in intensive care (promotional video 2)" on the YouTube channel of IUCPQ. He said that Dr. Andréanne Côté, pulmonologist, and her team are demonstrating the heart and lung functions of the mannequin, which is why it doesn't need arms.

Clément also said the image was featured in a Radio Canada (the French branch of CBC) broadcast on April 17, 2020, as well as a previous fact check published by Le Monde on December 26, 2021.

Lead Stories has reached out to BFMTV about this claim and will update this story if a response is received.