Does a split image of Independence Square in Ukraine's capital city of Kyiv accurately compare the condition of the area before and after Russia invaded the country on February 24, 2022, and tried to seize the city? No, that's not true: The bottom photograph showing damage is from 2014.

The split image has circulated on social media sites, including in a post (archived here) on the Facebook page of the group Africa's Wakanda on February 25, 2022. The caption said:

What war can do.

This is the capital and most populous city of Ukraine, Kiev few days ago and Kiev today 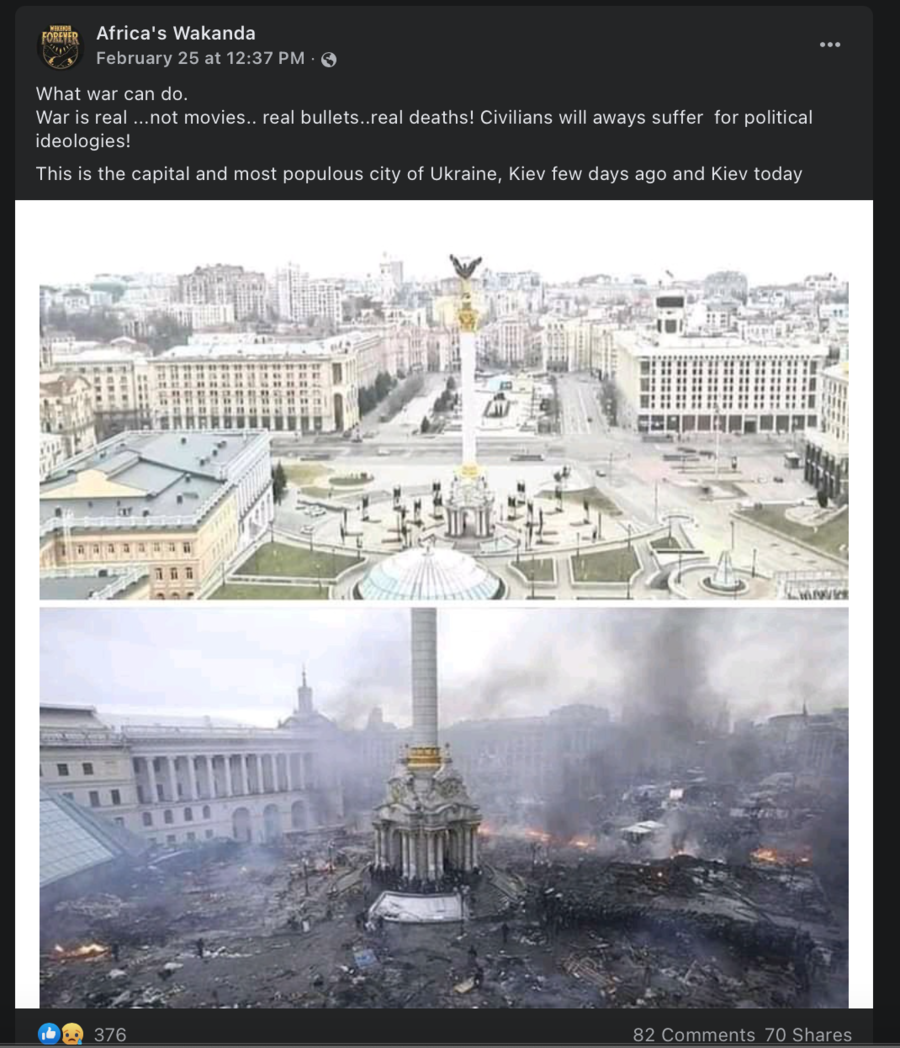 The origin of the top image in the Facebook post could not be determined by Lead Stories after searching on websites that source original photographs.