Is the Russian Consulate in Montreal located on "Avenue Zelensky" as of March 31, 2022? No, that's not true: A spokesperson for the city of Montreal tells Lead Stories, "This is misinformation." The sign in the image of this post was fake; it was featured in a satirical show based in Quebec on March 10, 2022.

The claim appeared in a Facebook post (archived here) on March 13, 2022. The post includes an image of what looks like a sign that reads, "Avenue Zelensky," attached to a fence below a building with a Russian flag on top of it. The caption opens:

The Russian consulate in Montreal is now on Avenue Zelensky. 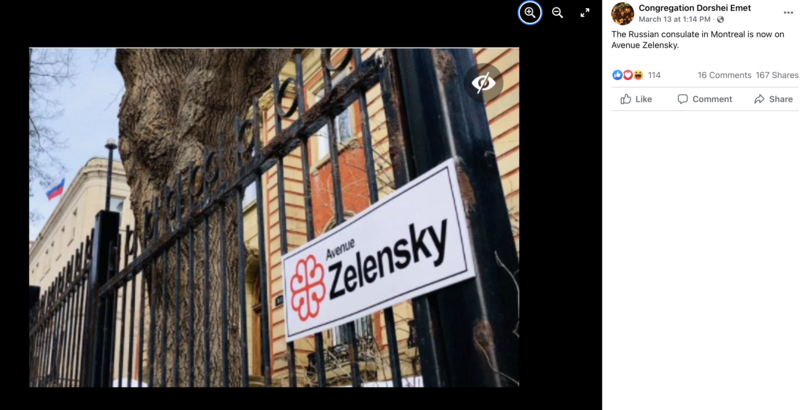 In a March 31, 2022, email to Lead Stories, Fabienne Papin, a spokesperson of the city of Montreal, said they strongly condemned the Russian invasion of Ukraine in violation of international law and declared its solidarity with the Ukrainian community of Montreal:

That said, it should be noted that the City has not changed the name of Avenue du Musée, either in whole or in part, which leads to the Consulate General of Russia in Montreal. This is misinformation.

A TinEye reverse image search reveals that the image in this post originated from this March 10, 2022, tweet, which, translated from French to English, reads, "A beautiful moment captured." 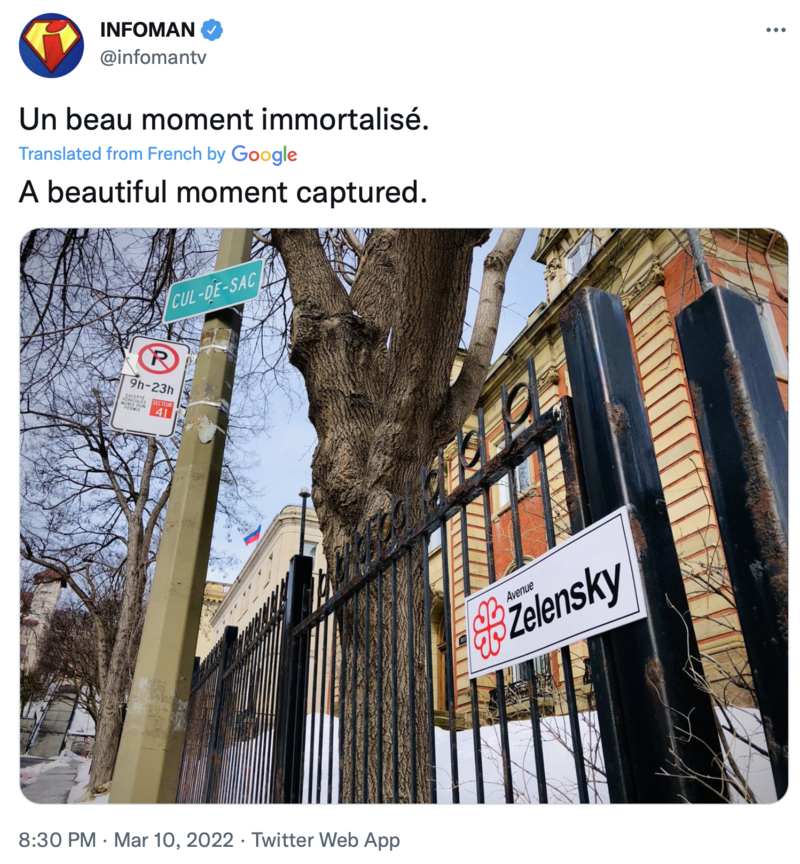 The most popular satirical show in Quebec!

A search of the Radio-Canada website linked in the Twitter bio of INFOMAN reveals a March 10, 2022, video that displays the host, Jean-René Dufort, installing the fake sign on Avenue du Musée while saying other countries have already established pro-Ukraine road signs.