Did Bill Murray tweet about social media and depression? No, that's not true: A tweet purporting to be from Murray is actually from a fan account that has been suspended as of March 31, 2022. Hollywood actor Murray reportedly does not have a Twitter account.

Social media is now training us to compare our lives, instead of appreciating everything we are. No wonder everyone is always depressed. 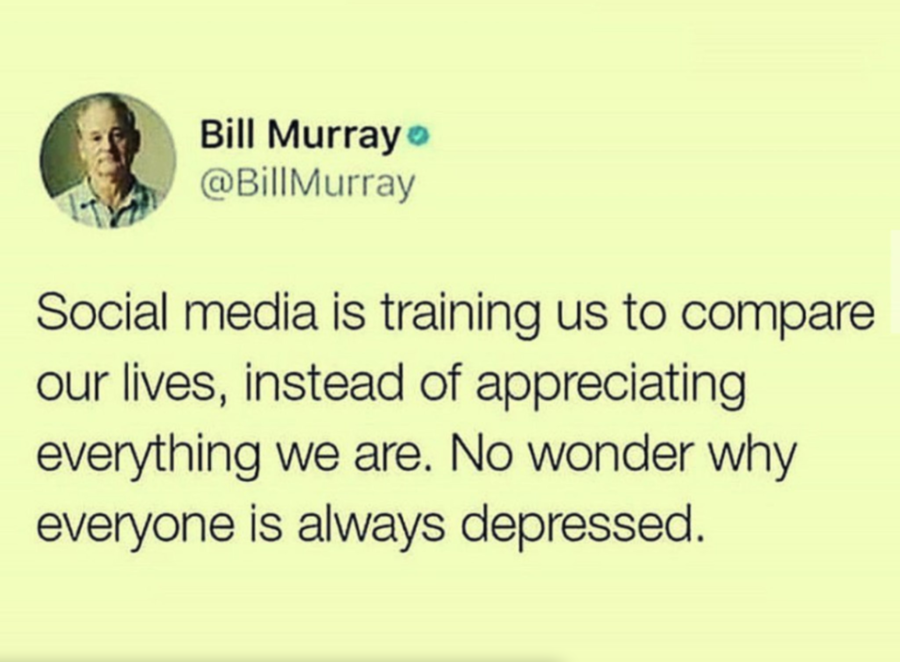 The tweet shows an image of Murray with a Twitter verification checkmark, but the account listed @BillMurray is suspended as of March 31, 2022, as this screenshot shows: 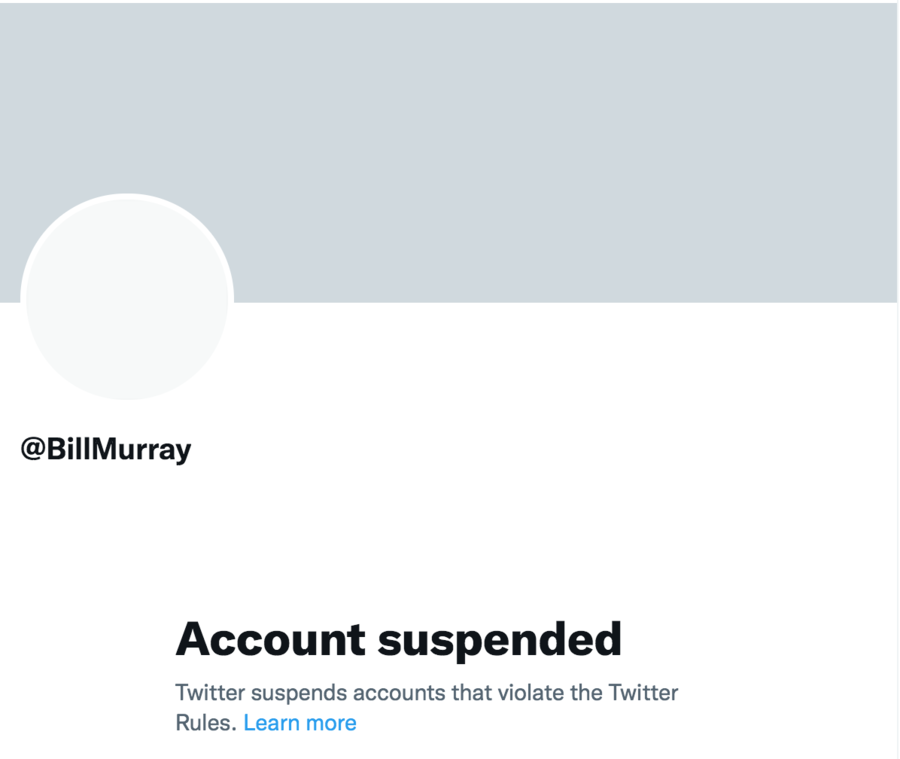 Murray does not have a Twitter account, as The New Yorker reported in 2014 in an article titled, "Bill Murray, Internet Jester." USA Today reported in December 2021 that @BillMurray was a fan account.

The "Groundhog Day" actor grumbled about social media in a 2018 interview with The Guardian, but he never said the exact words as posted in the tweet. Instead, he said:

Well, people don't see everything, let me tell you, heh heh heh. They don't see it all! My only problem with it is that people now feel they should document their life rather than live it. The other night I was at a party and there was a wonderful DJ playing there, but you couldn't dance without people pulling their phone out of their pocket and saying: 'Let's film ourselves dancing!' Why don't you film yourself dancing and I go stand over here, you know?

Murray apparently has no publicist or manager of record. Lead Stories worked to reach him directly and will update this story if that effort is successful.