Do fetuses have fingerprints at nine weeks? No, that's not true: According to the Mayo Clinic, fingerprints don't start to form until around week 23 of fetal development.

This claim, along with a number of others, appeared in a Facebook post on April 30, 2022. It opens:

DID YOU KNOW? MY HEARTBEAT STARTS AT 16 DAYS. 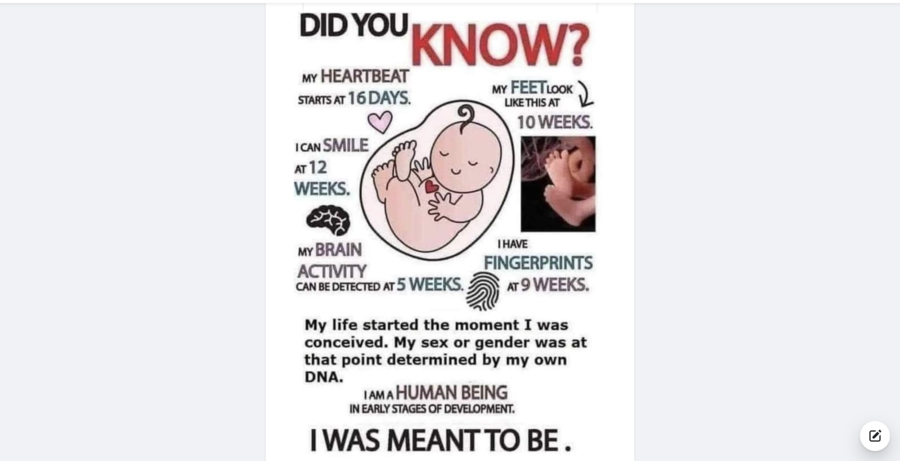 Some of the other facts in this Facebook image are partly false; one is correct. The creator of this post did not cite any sources for these claims.

This is partly false. According to a peer-reviewed article from the scientific journal Pediatric Cardiology, titled, "Rhythm abnormalities of the fetus," the myocardium (the muscular tissue of the heart) begins to "beat" or contract rhythmically about three weeks post-conception. But the traditional meaning of a heartbeat doesn't start to take place until six weeks.

Lead Stories emailed Dr. Kecia Gaither, a double board-certified doctor in obstetrics and gynecology and maternal fetal medicine, for the next three questions. She responded to our query on May 6, 2022.

This is partly false. A 12-week-old embryo is not smiling on purpose, but the movement of those muscles can happen to form a smile. Gaither told us that a fetus' facial structure is not complete at 12 weeks:

'SMILING' as we know it ... in a 12-week embryo reflects just 'flexing' of the developing musculature -- basically just reflexive movements.

3. "My brain activity can be detected at 5 weeks."

This is partly false. Gaither said only a basic formation of the fetal brain is present by the fifth week of gestation. She added:

By the end of 5 weeks into the 6th week of gestation these early neural connection allow movement-- and as such is evidence of neural electrical activity.

This is accurate. We could not find a reliable source for the feet photo seen in the Facebook post, but according to the Mayo Foundation For Medical Education And Research, the toes lose their webbing and become longer by the 10th week. 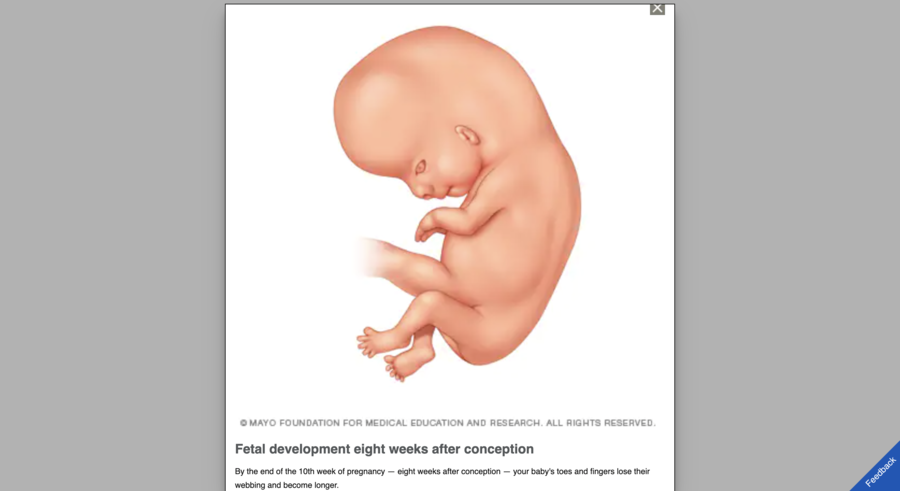