Does a photograph show a Yemeni child sleeping between the graves of his parents? No, that's not true: The picture was staged by a photographer in Saudi Arabia in 2014 for an art project. He has given multiple interviews over the years about the image, saying the child is his nephew and the "graves" were staged.

We need to do better 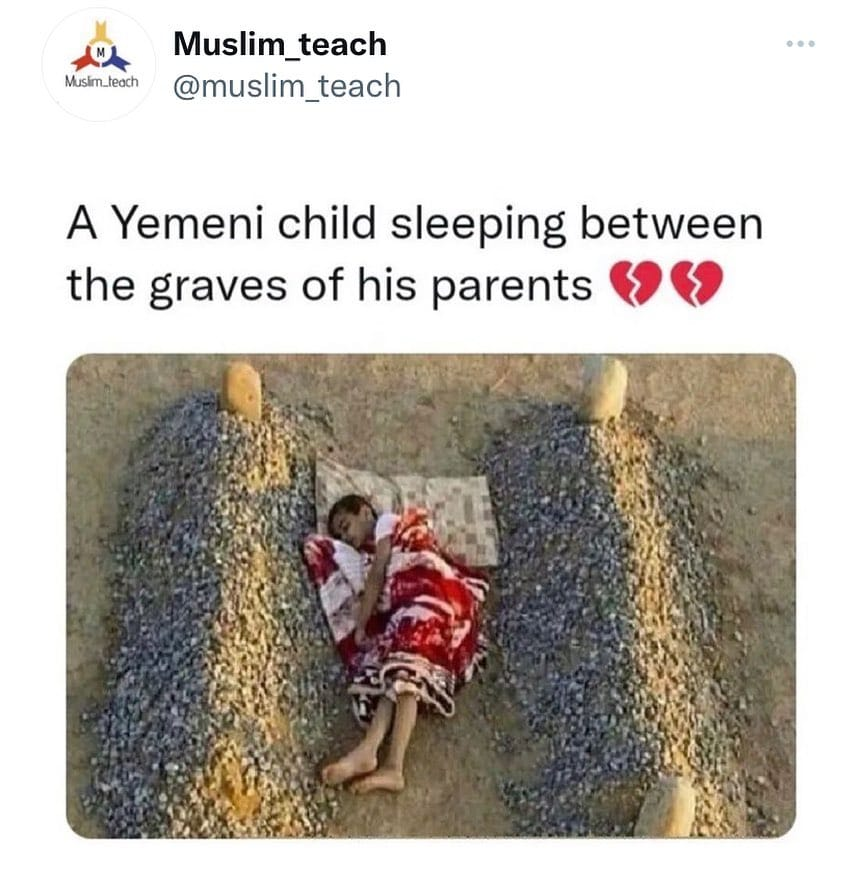 Using Google reverse image search, Lead Stories traced the photo to a 2014 Instagram post. Abdul Aziz Al-Otaibi, the photographer, first posted the image in black and white on January 3, 2014, with the caption (according to Google Translate): 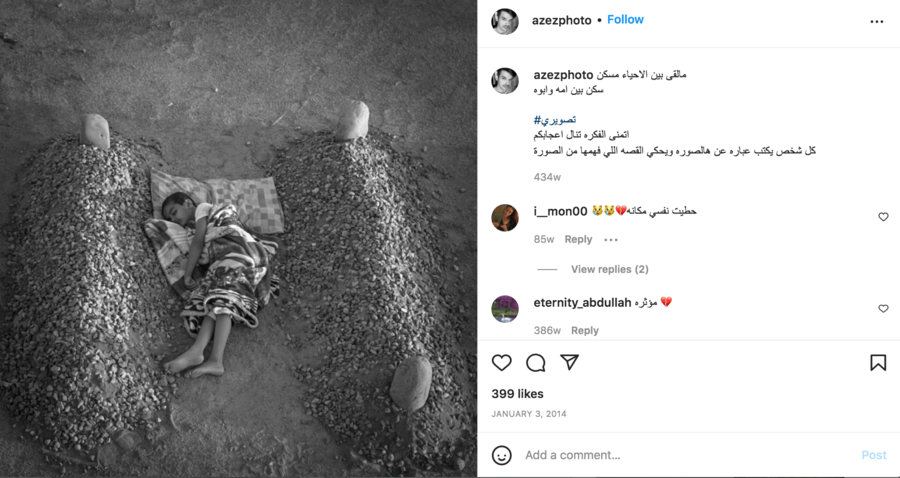 He posted the image in color on January 7, 2014, with the caption (according to Google Translate): 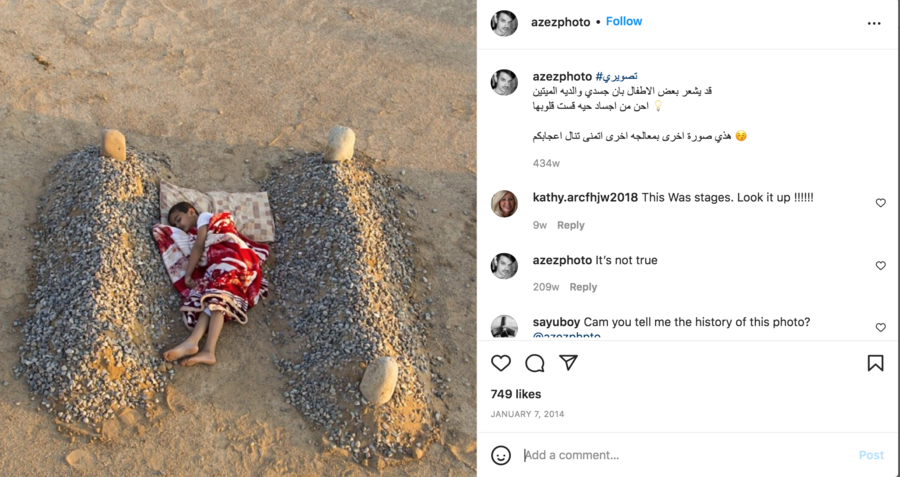 After the photo went viral with the wrong information, he posted an image of the boy flashing the peace sign on January 16, 2012, with the caption (according to Google Translate): 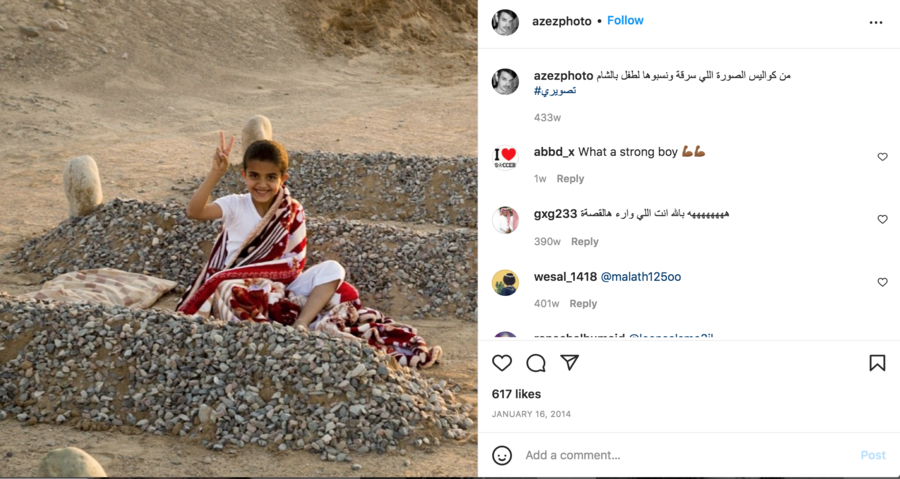 While the image posted on Facebook in 2022 claims the child is Yemeni, in 2014 many claimed the child was from Syria.

'Look, it's not true at all that my picture has anything to do with Syria,' Al-Otaibi says, 'I am really shocked how people have twisted my picture...

​​'I love photography,' he continues over the phone, 'Every artist has ideas in his head. So I had the idea to make a project whereby I show in pictures how the love of a child for his parents is irreplaceable. This love cannot be substituted by anything or anybody else, even if the parents are dead.'

To finalize his art project, Abdul Aziz al Otaibi took his car and drove three weeks ago to the outskirts of Yanbu, 250 kilometers away from Jeddah. Here he build from stones two graves. He asked the young son of his sister to lay in between the graves and cover himself with a blanket. 'Of course I would never ever put a child between two real graves,' he says, 'I would be very much against that.'

Lead Stories reached out to Al-Otaibi and will update the story if a response is received.