Was a DNA test ordered to "determine male or female prison" professional basketball player Brittany Griner would be placed in while imprisoned in Russia? No, that's not true: There have been no reports in any reputable media that a DNA test was ordered for Griner at any time since she has been in Russia. There is no corroboration of the implied claim that Russian prison officials question the basketball player's sex. At the time of writing, the latest information about Griner's trial was that on August 4, 2022, she was sentenced to serve nine years in prison for drug possession.

The claim appeared in a Facebook post (archived here) where it was published on August 6, 2022, with the caption, "Well she's a dude...so...". The on-screen text read: 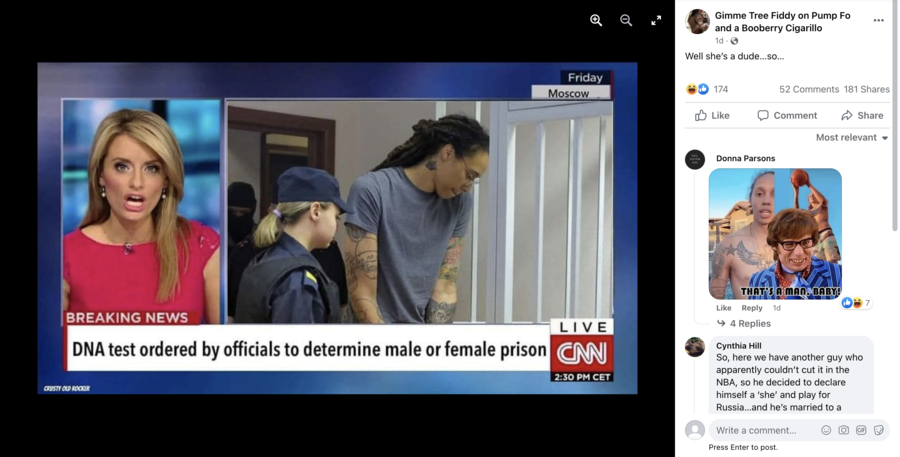 The Facebook post does not link to or show any source for its claim that a DNA test was ordered for Griner.

Besides the fact that the font presented as CNN's font is not the same as the network's real font, indicating the graphic in the post was created, there has been no evidence that Russian prison officials are questioning Griner's sex and needed to order a DNA test. Major media outlets such as CNN, The Washington Post and BBC News have reported extensively on Griner's case -- but have not reported that officials question the sex of the basketball player.

The latest information released about Griner's trial was August 4, 2022. She was sentenced to nine years in a Russian prison after being found guilty for having illegal drugs on her person.