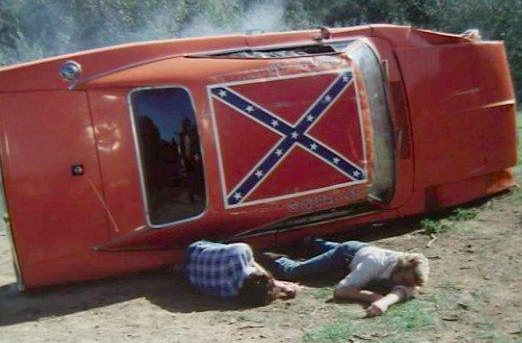 "Dukes of Hazard" star John Schneider says TV Land's decision to yank the sitcom reruns from its schedule is "an error" since it's a "beloved" show that has nothing to do with racism.

The cable net pulled the show amid controversy over the Confederate flag, which appears on top of Luke Duke's iconic car. The orange 1969 Dodge Charger is named General Lee, after the top commander of Confederate troops in the U.S. civil war.

"I am saddened that one angry and misguided individual can cause one of the most beloved television shows in the history of the medium to suddenly be seen in this light," Schneider said in THR. "Are people who grew up watching the show now suddenly racists? Will they have to go through a detox and a 12-step program to kick their Dukes habit? 'Hi... My name is John. I'm a Dukesoholic.'"