Fake news website TMZWorldnews (not TMZ.com!) falsely reported that a Trump rally was cancelled after protesters clashed with supporters and gunfire erupted minutes before Mr. Trump was due to speak. Seven people were apparently shot, five of them died and two were said to be in critical condition.

Of course the hoax story fails to mention the supposed location where this happened: no city or even a state was mentioned in the report. The photo that accompanied the story apparently was taken in St. Louis, Misouri and shows a protester being led away by police officers. We only found one source for the picture, a blog post on Wordpress.com. 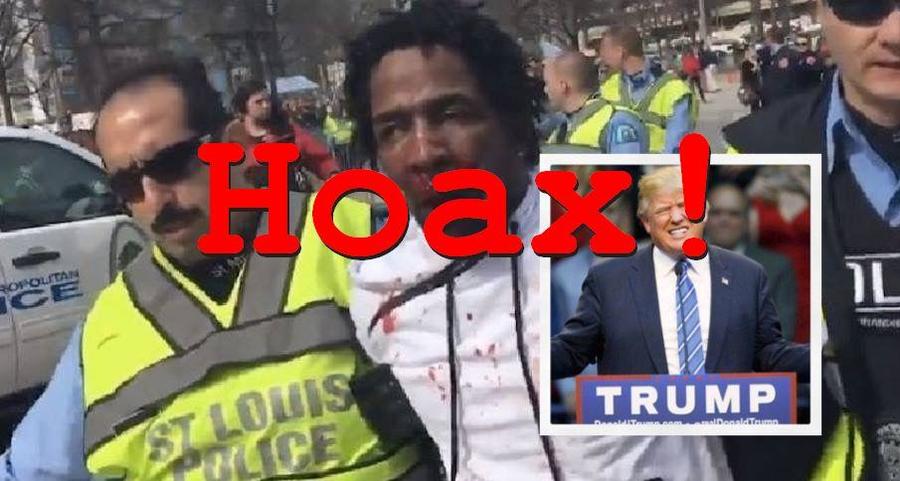 This video taken on march 11th at riots near a Trump rally in St. Louis seem to show the same protester:

But no deaths and no gunfire had been reported on that occasion. So it is pretty safe to say the entire story is not true, even though it has been shared widely on social media.