There is a NOT TRUE story trending on the internet stating "Target to Discontinue Sale of Holy Bible." In actuality, Target does NOT sell the bible in any of its stores. In a recent post, Snopes states "A quick search on Target's web site revealed that the Bible is indeed still for sale." There is a listing for the bible but it's not available for order or shipping and is NOT available in stores. So Lead Stories is safe in saying that the bible IS NOT for sale through Target. Although the HOAX story comes from a fake website, some people are unaware of that and continue to share many lies and no truth. 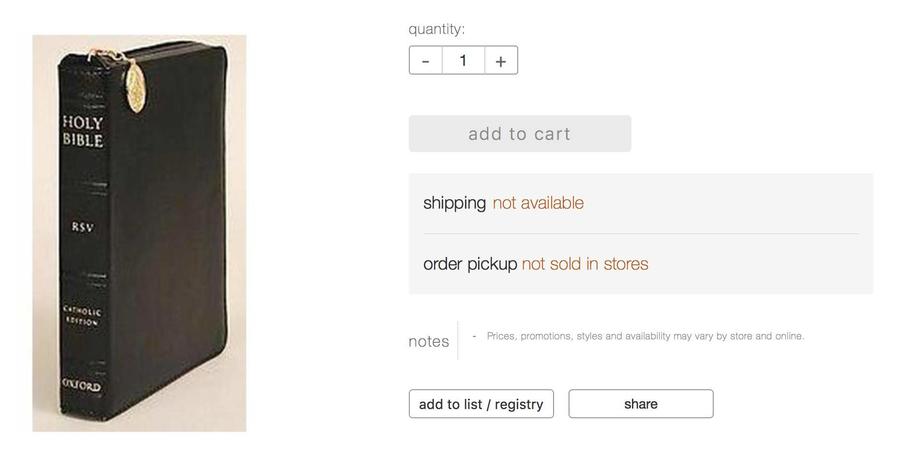 A small piece of the NOT TRUE story:

Target CEO Brian Cornell announced today the retail giant will be discontinuing sales of the Holy Bible. The company has come under fire recently from religious groups for its new transgender bathroom policy. The King James Bible has been available for purchase at Target stores ever since the company was founded as Goodfellow Dry Goods back in 1902.

It is true that Brian Cornell is the current CEO of Target but he has NOT given any current interviews regarding this issue, other than this one where he reiterates the company's policy. Again, Target does NOT sell the bible in any of its stores.

@DevonCallaway We don't actually sell the bible at Target, that's some pretty impressive numbers though!

The irresponsible HOAX story continues to spew rubbish but Lead Stories feels there's no reason to debunk the debunked. The comments on the NOT TRUE story show that people actually believe the story to be true: 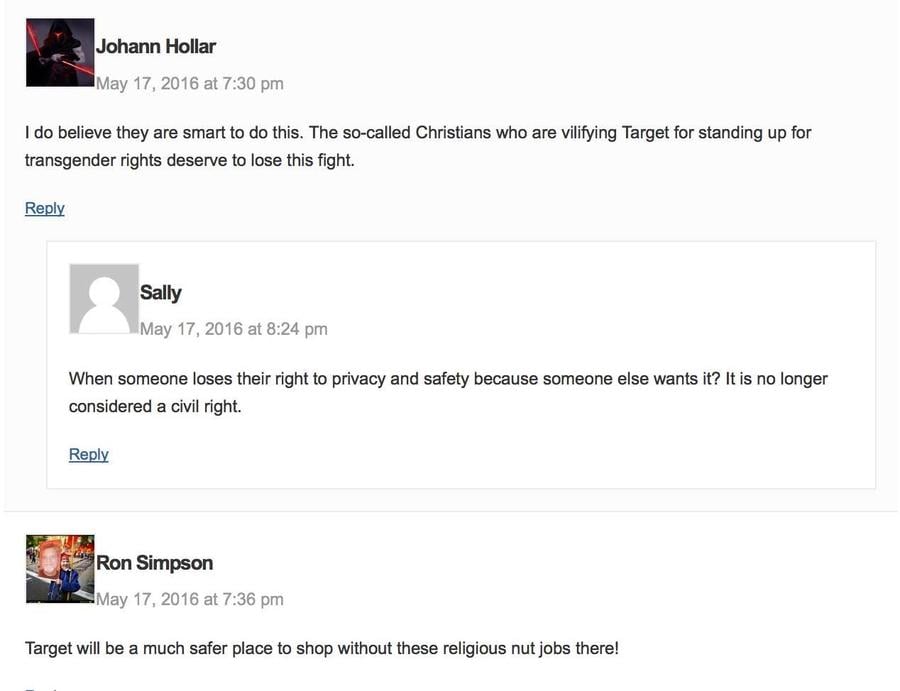 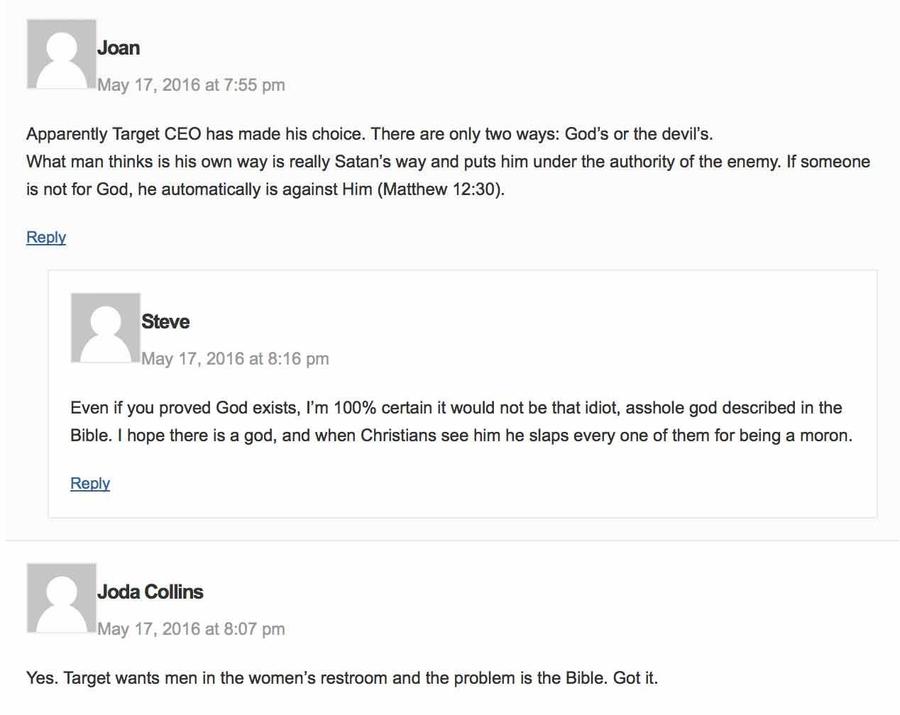