"@Reagan_Nation: Michael Savage: Donald Trump Is The Only Republican That Can Beat Hillary http://t.co/auow8YX1sO" Thank you Michael! 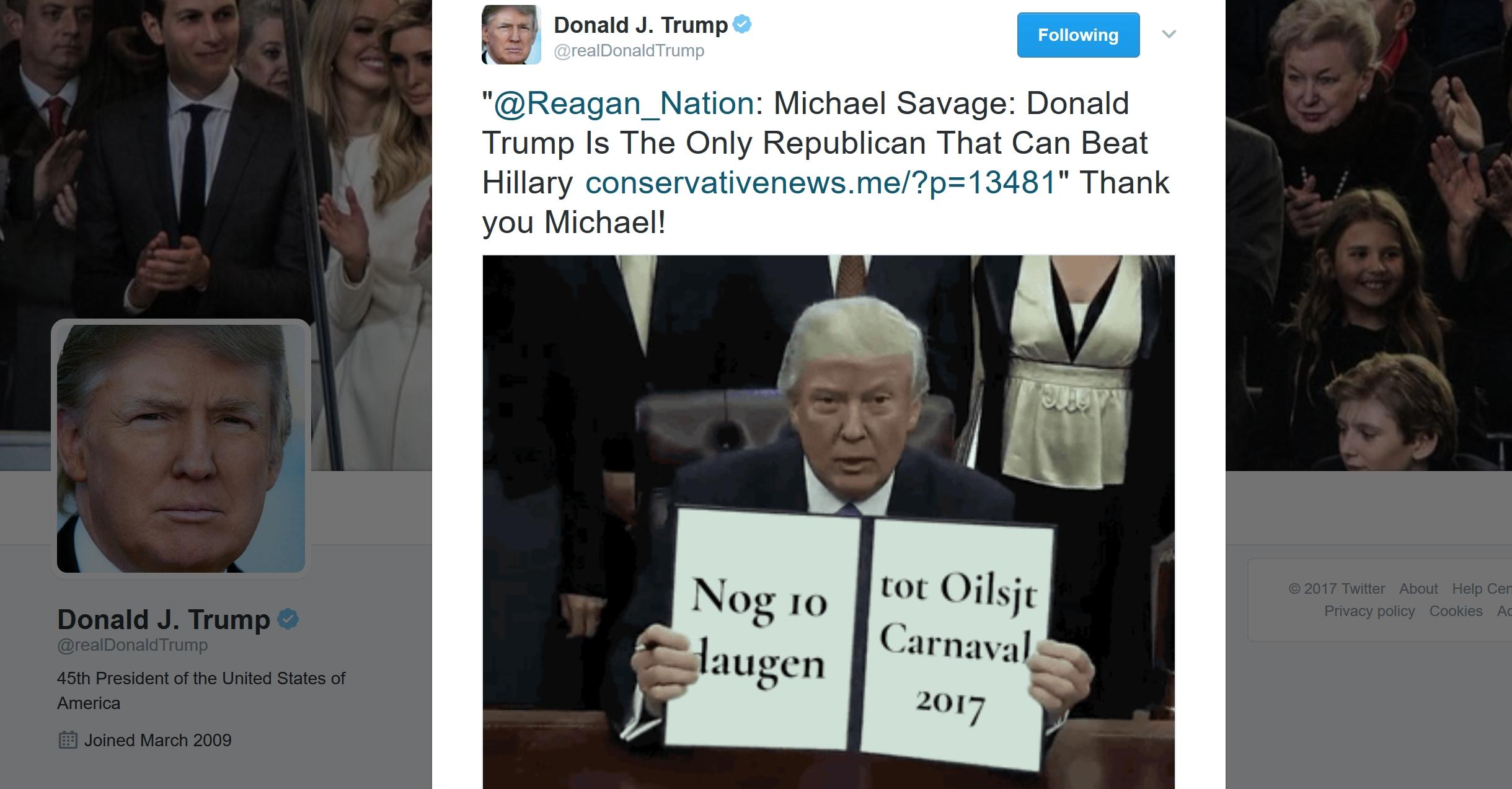 The text reads "Nog 10 daugen tot Oilst Carnaval 2017" which is written in a Dutch dialect and means "Ten days to go until Aalst Carnival 2017". The Carnival in Aalst has been recognized by the UNESCO as World Heritage and it is a three-day event during which participants dress up and generally make fun of people in authority. It is quite likely several groups and parade floats will be mocking Donald Trump during this year's edition as is customary with world leaders and politicians during the festival.

However it is doubtful Donald Trump tweeted this himself, it is probably the work of Inti De Ceukelaire again, a Belgian internet security researcher who has been busy looking for old Trump tweets containing links to expired domain names he could then buy and redirect as we reported on earlier. He made another Trump tweet redirect to a My Little Pony fan convention video a while ago too. De Ceukelaire hails from the Aalst region and he was the first to announce the changed tweet via his own Twitter account:

Translation: Donald Trump is counting down too".

De Ceukelaire is well known in internet security circles for his penchant for spectacular stunts. Just last week he released StalkScan which lets you see all publicly available information for a given Facebook profile, even the stuff that is normally hard to find. He also claims to have found a method to discover the phone numbers tied to Facebook accounts.