Fake news website The Resistance: The Last Line of Defence once again posted a hoax article, this time it is titled: "BREAKING: Obama Divorce Rumor CONFIRMED-Here's What We Know". The article opens:

Late last week, a rumor began circulating in Washington social circles that there was trouble in paradise for Barack and Michelle Obama. While there was no confirmation, it was being tossed around that it was Barack looking to dump Michelle. This morning, a filing in the District Court of Cook County, Illinois confirmed that the couple is seeking divorce and that Barack is, in fact, the plaintiff.

According to county docket D4610968L86, Barack Hussein Obama seeks dissolution of marriage from Michelle Obama on grounds of infidelity and irreconcilable differences. The infidelity, according to the Obama's longtime housekeeper, Analita Consuelo Gonsales, isn't recent but rather the revelation through a recent DNA test that Obama isn't the biological father of Sasha or Malia.

Gonsales said that it wasn't really a surprise, because during an argument in 2003 Barack admitted to Michelle that he had faked all of his orgasms. Michelle, in turn, admitted that she had an affair with a biolab and that the children were actually the product of advanced genetic engineering. Apparently, Malia is secretly one of the most talented dulcimer musicians in the world and Sasha's IQ is so high she's a single lab accident away from being a supervillain and taking over the world.

Of course the article is not true, just like all the other articles on the site. There is no "county docket D4610968L86" and as far as we know Barack and Michelle are doing fine.

How do we know this? Because we read the fine print on the website:

Also the byline on the article actually says "You're An Idiot", they don't even try to hide what they think of their readers: 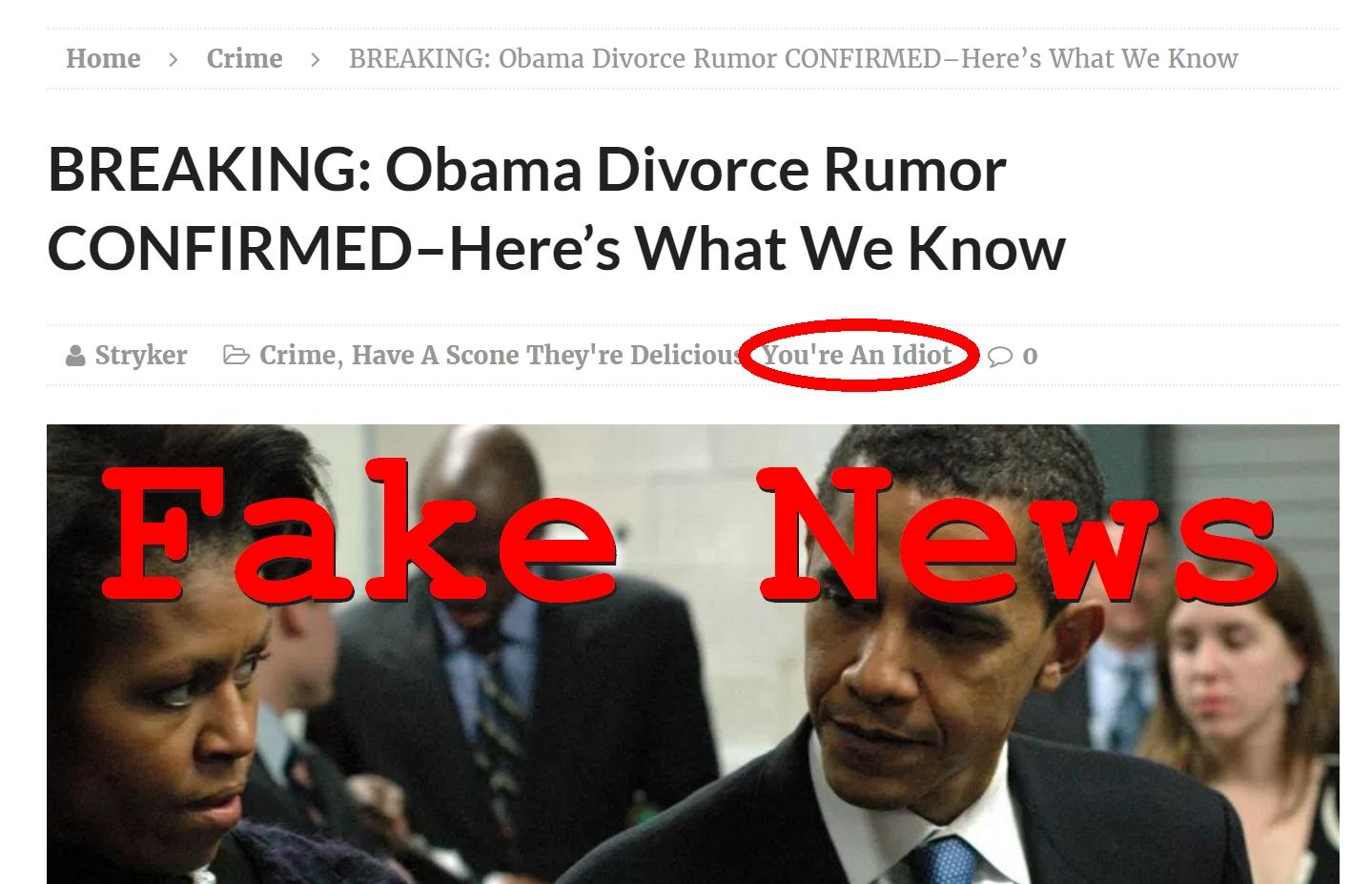 It seems there are plenty of idiots around on the internet sharing the story as you can see in the Trendolizer graph at the end of this article. Don't be one: if you notice anyone spreading the rumor around you can help by pointing them to this article here because nobody likes being an idiot.