Shady fake news website True Trumpers posted an article titled "BREAKING: Three Muslim Migrants Beat On American Girl And Kills Her Boyfriend. How Would You Respond?" with basically no content except ads. Note: if you do decide to click the link to the article be very careful what you click on because it tends to open several popups with scammy and hard to close ads for various browser extensions and dodgy anti-virus products.

When the story is shared on social media following image is used as the story thumbnail: 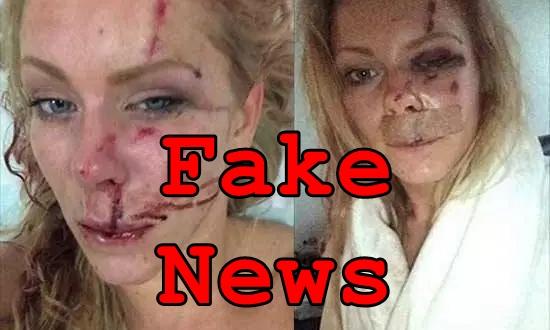 The image seems to come from a 2014 story about a Danish couple (Nanna and Mads) being attacked in Copenhagen on Christmas eve by what they described as two immigrant youths, possibly of Somali origin. Both victims were treated at the hospital and survived.

So the false headline from the fake news story gets following facts wrong:

It also assumes the religion and immigration status of the attackers. While plausible given the description the victims gave in the Danish story, stating it as a fact in a headline is not OK. Especially not when almost all of the other 'facts' provided in that headline turn out to be false, wrong or plain made up.

Furthermore the fake article provides no date, location or names (not of the author, not of the victims, not of the attackers) which are some of the basic parts of a story that every real journalist includes when writing an article.

But that is not stopping people from sharing this fact free piece of non-news as you can see in the Trendolizer graph at the end of this article. If you notice anyone spreading the rumor around you can help by pointing them to this article here because nobody likes damaging their own credibility and reputation by sharing fake news as real.