Donald Trump's challenger in 2020 might be more pathetically familiar than you would expect. No, it's not Hillary Clinton (well, it might be, but this is someone else). It's not Kamala Harris (once again, it might be but this is another man altogether). It's Michelle Obama.

Despite saying numerous times, often without being asked, that she would not run for President, Obama registered for "her" presidential run with the FEC on Wednesday - a move that delighted people who wear "pussy hats" and scream "black lives matter" while ignoring, like the Obamas, the plague of blacks killing blacks that is gripping inner cites across the country.

As of the writing of this article, the FEC website lists just one 'Obama' as a candidate (and that is her husband Barack). There is no listing under her maiden name 'LaVaughn Robinson' either. This is unsurprising since the entire story is false. 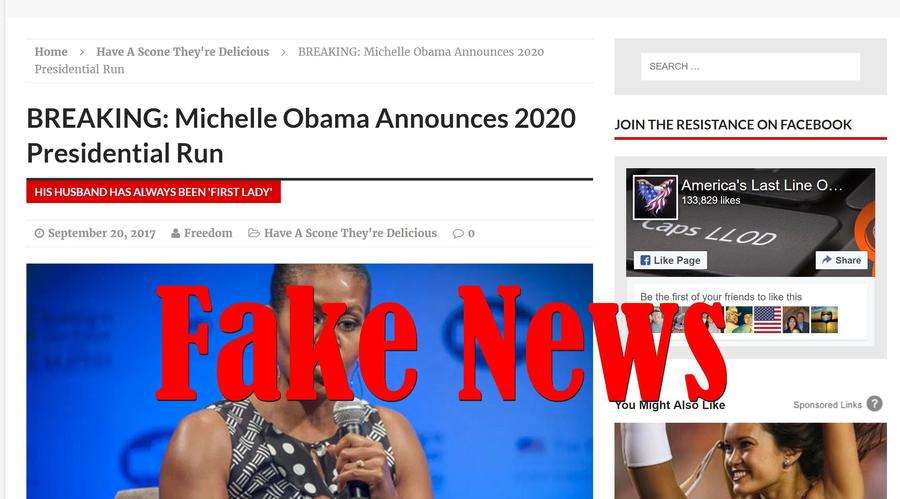 The owner/writer of the site is self-professed liberal troll Christopher Blair, a man from Maine who has made it his full time job to troll gullible conservatives and Trump supporters into liking and sharing his articles. He runs several other websites including asamericanasapplepie.org and freedumjunkshun.com and is also known under his nickname "Busta Troll".

Blair's articles frequently get copied by "real" fake news sites who often omit the satire disclaimer and any other hints the stories are fake. These copycats often get more likes/shares out of the stories than the original version. Blair has tried to get these sites shut down in the past but new ones keep cropping up.