The story that a raid on a mosque in Dearborn, Michigan netted 11 terrorists and over 40 suicide vests is completely fabricated. There is no "Agent Nesmith Variacles of the FBI" and the "Department of Refugee Affairs" mentioned in the original article does not exist. The story was copied by several "real" fake news websites but in fact originated on the satircal website Reagan Was Right under the title "Late Night Raid On Michigan Mosque Nets 11 ISIS Terrorists and More Than 40 Vests". You can read the original here (archived here in case it goes down). The original article opened:

A mosque in a small town outside of Dearborn, Michigan has been raided by a joint task force from the FBI, Homeland Security and the ATF. According to preliminary reports from the scene, which is closed off for more than a mile, 11 "very dangerous men" who aren't supposed to be in America at all have been apprehended plotting what would have been our next 9-11.

A link in the original article supposedly going to a quote or statement from the fictitious Department of Refugee Affairs actually takes readers to this image:

Naturally many of the sites copying the story omitted the link to this image and also the satire disclaimer which is displayed at the bottom of every article on Reagan Was Right: 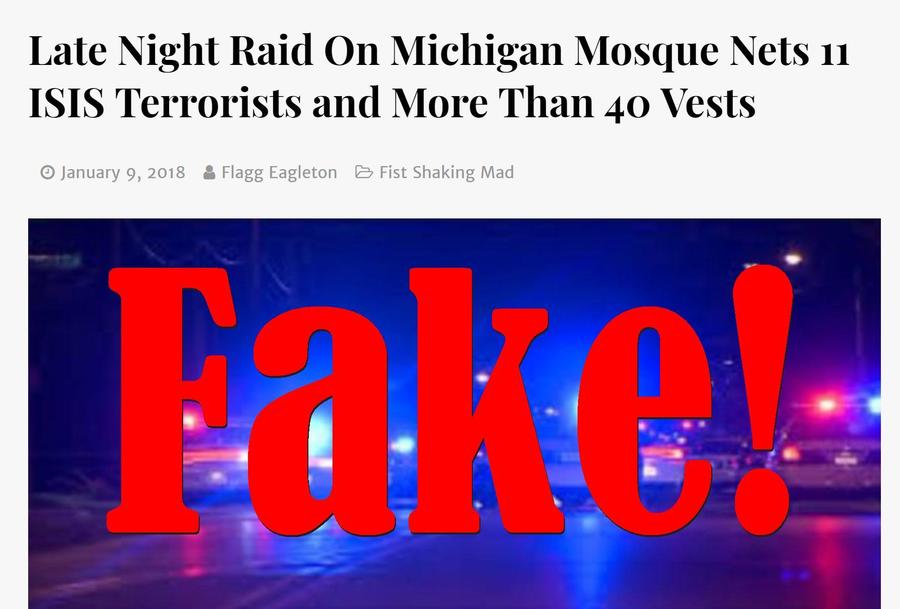