The story and photos saying H&M is releasing a new collection by David Enrique that is "equally racist to all the other races" is false and originates with a satirical website. The satirical piece titled 'H&M To Release "Equally Racist" Collection As Apology To Blacks (See Collection)' was created in response to the recent controversy about H&M using an African American boy to model a hoodie with the imprint "Coolest monkey in the jungle" which was deemed by many to be racist.

SWEDEN - After H&M faced huge controversy for putting an african american boy to model a hoodie which read "Coolest monkey in the jungle", It is being reported that H&M is planning on releasing a new collection that according to chairman Stefan Persson, is "equally racist to all the other races". The collection will be called the "You're Not Alone" collection.

It was accompanied by several photoshopped H&M publicity pictures of kids modeling actual H&M designs but with the slogans and imprints digitally altered to create a racist effect in combination with the apparent ethnicity of the kids:

Stefan Persson is indeed the chairman of H&M and they did release (and retract) the now infamous "Coolest monkey in the jungle" hoodie. But the rest of the story and the other pictures are fake. H&M issued a public apology and stated they were removing the garment from sale. Any remaining ones would be recycled. So it is higly unlikely they would now double down and create a collection with even more explicit racism.

People did seem to enjoy the satirical story on Twitter:

At least one YouTube channel copied the story without irony and completely failed to mention that it was satire: 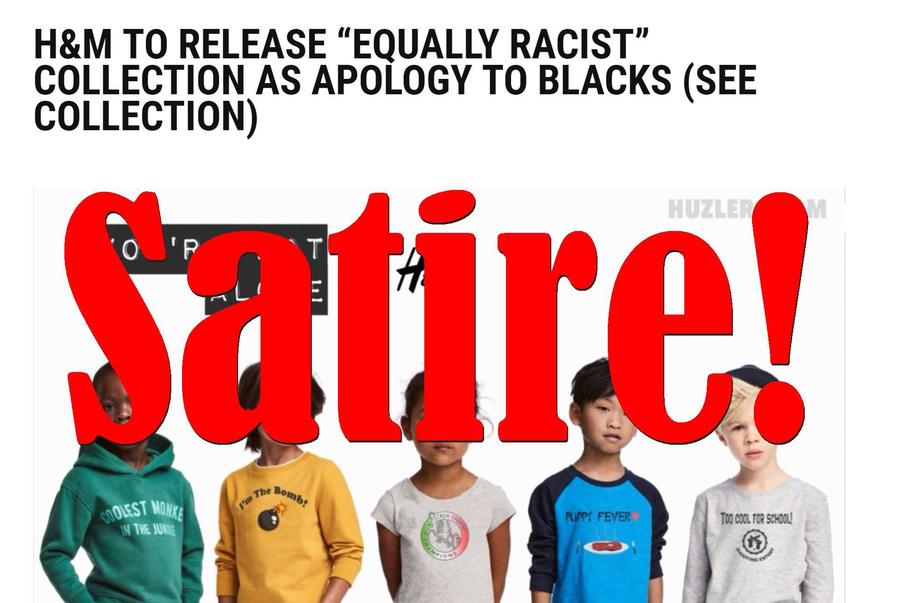