Was the McManuth-Price family from Dearborn, Michigan evicted and fined $100,000 for having Christmas lights by islamic neighbours and local authorities? No, that's not true. The story was published by a liberal satire website that tries to educate gullible Trump supporters and Republicans about the need to actually click and read links before sharing or liking them in order to avoid being embarrassed by fans of the site later. All the events described in the article are not real.

Mickey and Kira McManuth-Price and their children were literally run out of Dearborn, Michigan this afternoon after they bucked the system and put up their Christmas lights. According to the Dearborn Town charter, which has been dictated by Muslamic Fallahs for more than five years now, Christmas lights can only be displayed where they aren't visible to the Moon God.

The Prices decided they would fight back this year after their son, Bob, was diagnosed with incurable Hodgkins Lymphomyopia. All he wanted was to see the lights he remembered as a young boy. At 16, Bob smiled as they turned the lights on. The smile lasted less than ten minutes. 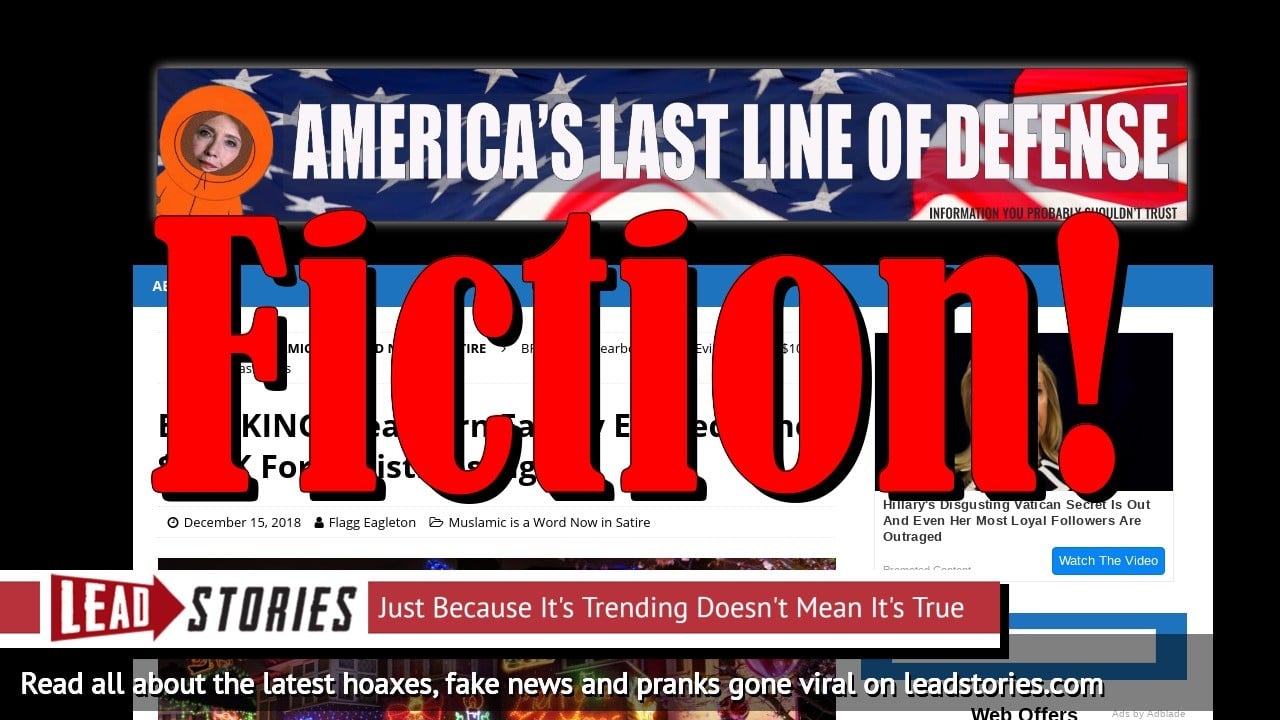 They shouted Muslamic curse words as the family fled town.

The article contains several warnings that it is satire, for example the header of the page says "Information you probably shouldn't trust" and the category the article was published in read "Muslamic is a Word Now in Satire". There is indeed no real word "muslamic" and we are not sure what "fallahs" are supposed to be either.

We wrote about wearethellod.com before, here are our most recent articles that mention the site: