Was a picture showing Muslim women with "Down With USA" written on their hands really takein in Michigan? No, the image is from Iran. The caption on the image is incorrect, it reads:

However the image shows women in Iran during a 2013 demonstration in Teheran:

For Many Iranians, 'Death To America' Are Just Words

On this 34th anniversary of the takeover of the U.S. Embassy in Tehran, thousands of Iranians gathered outside that building to once again chant "Death to America." But New York Times Bureau Chief Thomas Erdbrink told NPR's Steve Inskeep on Monday that though the shouts were the same as they've been since 1979 and the demonstration was larger than in recent years, the people he interviewed there were not virulently anti-American.

Tehran is not in Michigan but in the Middle East.

Here is an example of the miscaptioned image: 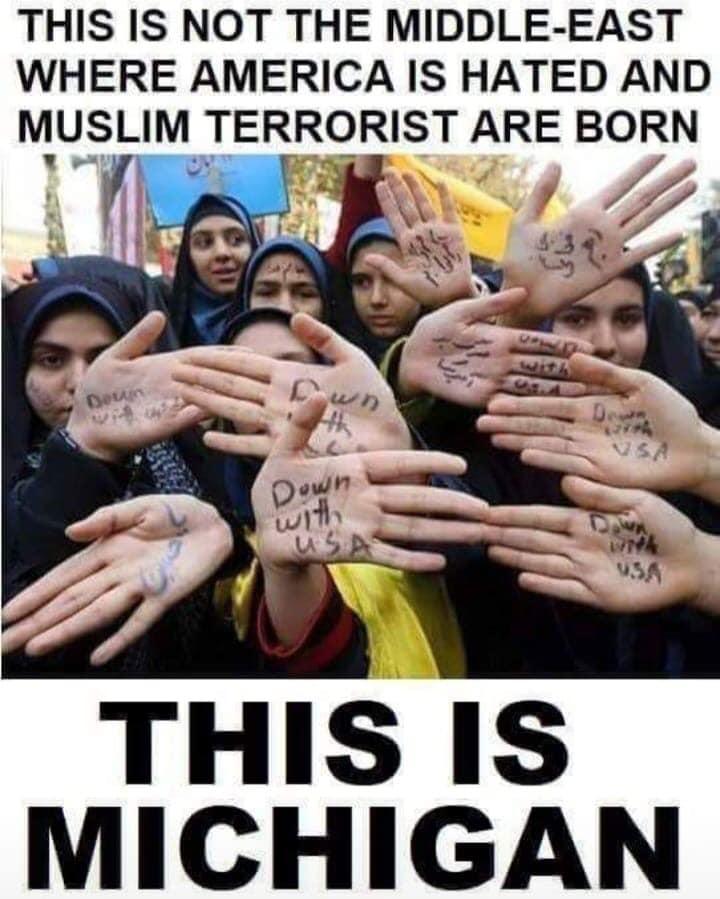