Did Clint Eastwood recently die? No, that is not true: It is a celebrity death hoax. The "Dirty Harry" actor is alive and well as of September 1, 2019, contrary to a YouTube video that was viewed at least 80,000 times in the first three days after it was posted on August 28, 2019.

The celebrity death hoax originated from a video (archived here) posted by a week-old YouTube account that appears to be based in the Philippines under the title "R.I.P. Clint Eastwood 1930 -2019". The short video featured a montage of photos of Eastwood with text that read: 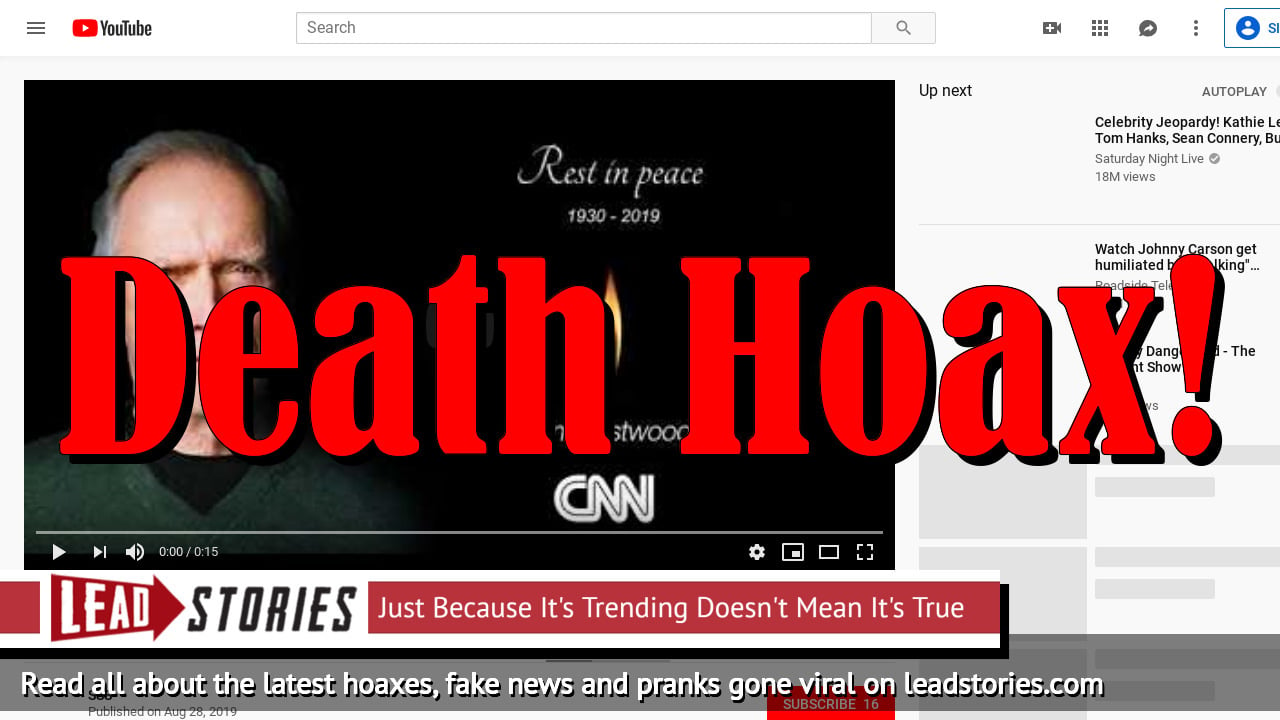 The same YouTube account posted videos claiming that former U.S. President Barack Obama was in critical condition in a hospital and that actor Tom Cruise was killed while filming a stunt on a movie set.

The death hoax was spread through quite sophisticated technical means reminiscent of an earlier hoax from two years ago a later analysis by Lead Stories revealed:

Earlier this week Lead Stories already reported that Clint Eastwood was NOT dead, despite what a YouTube video was claiming: Hoax Alert Did Clint Eastwood recently die? No, that is not true: It is a celebrity death hoax.