Did radio shock jock Don Imus leave $2 million to President Trump's re-election campaign? No, that's not true: The story is made up and is labeled "celebrity fan fiction" on a liberal satire website that tries to mislead Trump supporters into sharing fictional stories that are clearly marked as satire.

The claim originated from an article published by Potatriots Unite on December 28, 2019, titled "Don Imus Left $2 Million To Trump's Re-Election Campaign In His Will" (archived here) which opened:

Liberals have been laughing it up over the death of radio icon Don Imus, because they can't for the life of them figure out how a "backwards hillbilly sexist douchebag" ever made it in New York radio. The answer is simple: Don Imus was everything real Americans love.

Sure, Don Imus lasted 10 years longer than his career, but that was because he was shunned by liberals for speaking the truth. Imus enshrined the values that make America great: Men are the superior gender in strength and bread-winning. The biggest problems facing our country are immigrants and the poor. People need to stop being helpless and start doing for themselves. And most importantly, we need to spend every last dime on the military if we're gonna continue to rule the free world.

Those are the things that true patriots believe, and Imus embodied them all. Now, after his passing, we're starting to learn just how amazing he truly was. Knowing his death was coming, Imus made some changes to his will that included removing his transgender daughter, who thinks she's now his son, and giving his (her?) share to the Trump 2020 campaign, which amounts to just about $2 million. 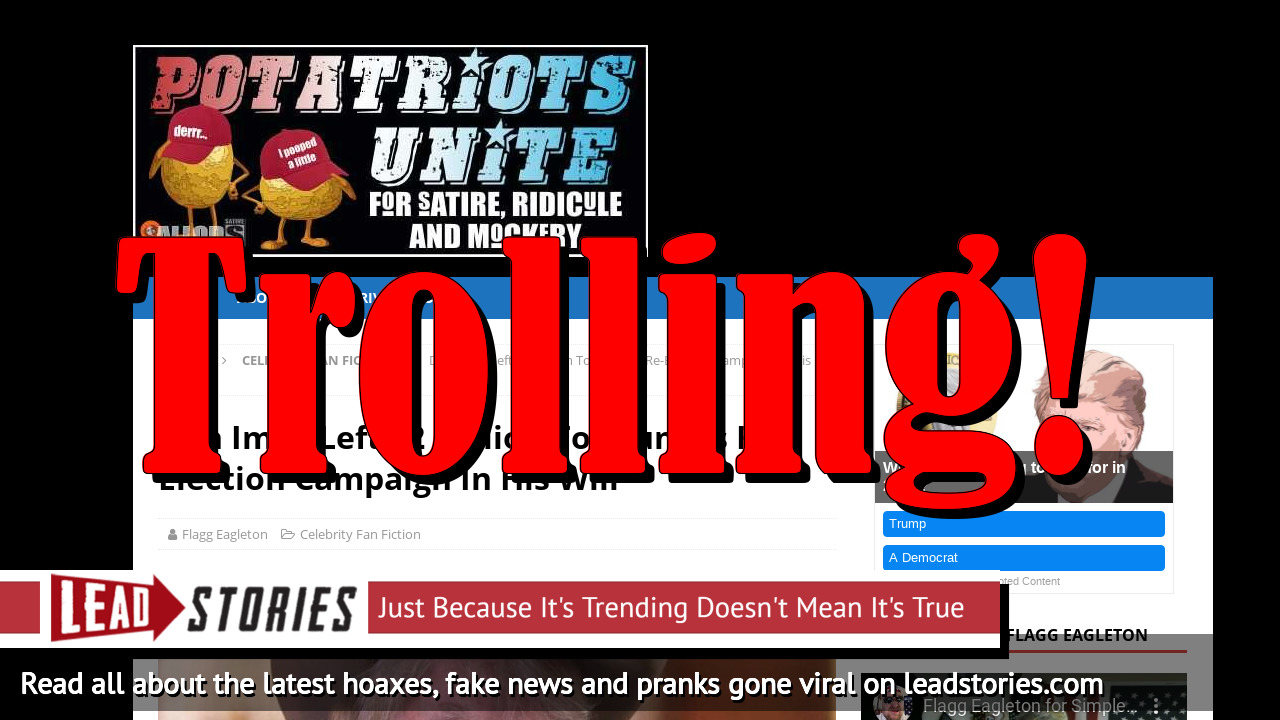 What a great man.

Imus died on Friday, according to a family statement. He was 79. The cause of death was not disclosed, but Imus had announced earlier this year he had prostate cancer.

In 2007, MSNBC dropped its simulcast of the controversial radio show "Imus in the Morning" after he made racist, derogatory remarks about the Rutgers University women's basketball team.

The fictional story about Imus noted he had a transgender daughter, but there is no reporting to corrorobate this detail. The story cited no source for the claim that Imus left a $2 million donation to the Trump campaign. In fact, Imus had been critical of Trump. In 2017, he told Glenn Beck that the president did not want to serve in Vietnam because he's a "coward."

The Potatriots Unite site is part of the "America's Last Line of Defense" network of satire websites. Self-professed liberal troll Christopher Blair runs those sites. The Maine resident works alongside a loose confederation of friends and allies. Blair has been in a feud with fact-checking website Snopes, and he has also criticized other fact-checkers who labeled his work "fake news" instead of satire. In reaction, he has recently rebranded all his active websites and Facebook pages, so they carry prominent disclaimers everywhere.

Articles from Blair's sites frequently get copied by "real" fake news sites that often omit the satire disclaimer and any other hints the stories are fake. Blair has tried to get these sites shut down, but new ones keep cropping up.

NewsGuard, a company that uses trained journalists to rank the reliability of websites, describes potatriotsunite.com as:

We wrote about potatriotsunite.com before; here are our most recent articles that mention the site: