Was an FBI agent who exposed a HIllary Clinton's "Operation Fast and Furious" cover up found dead? No, that's not true: FBI Special Agent David Raynor shot himself in front of police officers who rushed to his estranged wife's Maryland home in response to a 911 call, according to police. Raynor stabbed his wife to death before stabbing himself and then ending his own life with a gun, police said. This murder-suicide happened just hours before the couple was due in court for a custody hearing concerning their infant child. There is no support for the claim of any connection with former Secretary of State Hillary Clinton or the "Fast and Furious" scandal.

The false claim was made soon after Raynor's March 7, 2018, death, and has been frequently repeated, including in an article published by BestDailyNews.info on November 5, 2019 titled "FBI Agent, Who Exposed Hillary Clinton Cover-up, Found Dead" (archived here) which opened:

An FBI Special Agent, who was anticipated to expose the extent of Clinton and Obama malpractice and corruption in the "Operation Fast and Furious" cover-up before a US Federal Grand Jury, has been found dead at his home.

The FBI official's wife was also found dead at the scene with the couple both being murdered using the 52-year-old agent's own gun. Special Agent David Raynor was "stabbed multiple times" and "shot twice with his own weapon," according to local media reports. Raynor's tragic death comes just one day before he was due to testify before a US Federal Grand Jury. 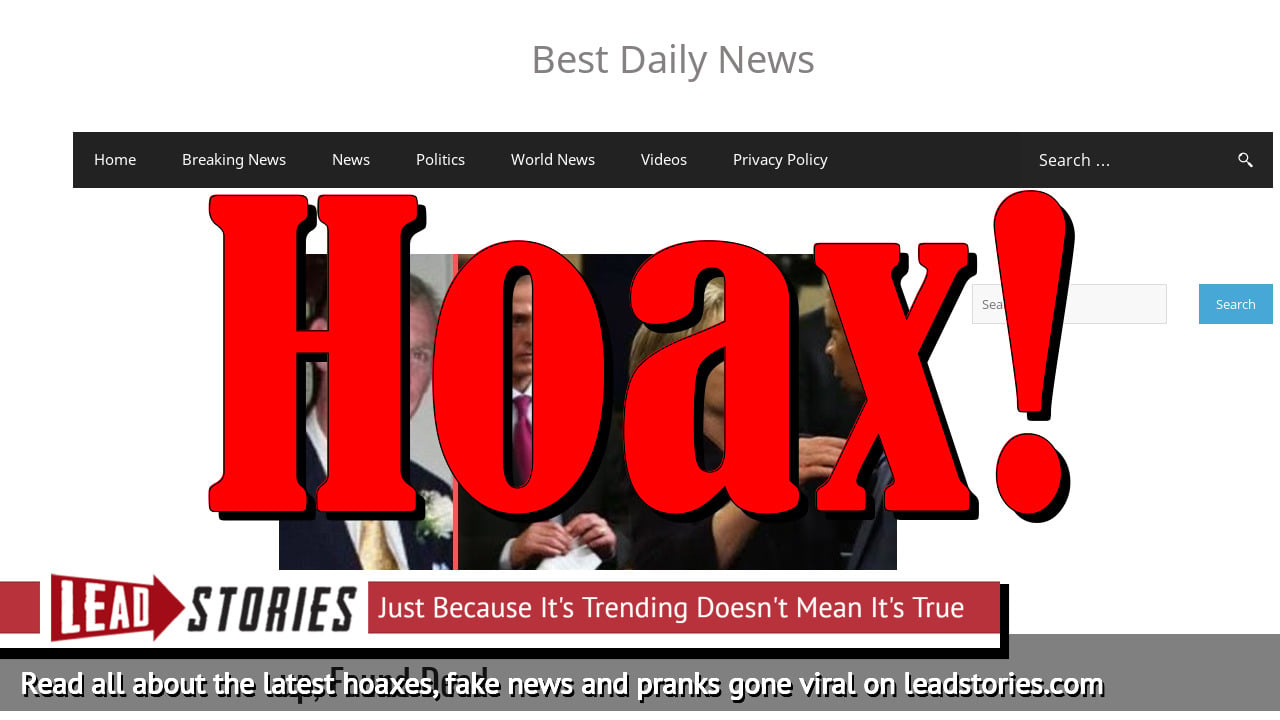 Loading... An FBI Special Agent, who was anticipated to expose the extent of Clinton and Obama malpractice and corruption in the "Operation Fast and Furious" cover-up before a US Federal Grand Jury, has been found dead at his home. The FBI official's wife was also found dead at the scene with the couple both being murdered ...

The false story attributed to "local reports" the detail that Raynor was "shot twice with his own weapon." No local or national reporting said that. This is important because suicides rarely involve two shot wounds, since the person would be assumed to be unable to fire a second round. Fact-checker Snopes.com also quoted the police chief as saying officers witnessed Raynor shooting himself. There is no suspicion that Raynor's death was anything but a murder-suicide. This is how WJZ-TV in Baltimore reported the story from the scene hours later:

The story's claim that Raynor died "just one day before he was due to testify before a US Federal Grand Jury" is not supported by any source. The only upcoming court date for the FBI agent was his own child custody hearing set for that same day. Court records (see them here) show his wife Donna Fisher filed for divorce a year earlier and a hearing was held on the day before their deaths and another one was set for 9 a.m. on the morning of their deaths.

A version of the false article by NeonNettle.com, which was copied by BestNewsDaily.info, also claimed that Baltimore police detective Sean Suitor, who had been fatally shot in November 2017, was also scheduled to testify before the same grand jury. There is no reporting anywhere else about such a grand jury of Suitor's connection. BestNewsDaily.info did a lousy cut-and-paste job, leaving out part of the story referencing Suitor.

Another major flaw with this false claim is that Hillary Clinton was secretary of state when the scandal developed and was uncovered. Operation Fast and Furious involved in the Justice Department's Bureau of Alcohol, Tobacco, Firearms and Explosives. Clinton's State Department was not connected and there is no explanation why she would have anything to cover up. The operation was based out of the ATF's Arizona office and was not connected to Maryland. The investigation of the operation, which began in 2009, was completed well before Raynor's March 7, 2018 death. See the full timeline here.