Was President Trump's wig blown off of his head by the engines of Air Force One? No, that's not true: Video posted on YouTube was taken from a comedy clip created for Jimmy Kimmel's monologue on his November 11, 2019 ABC show. Kimmel's staff digitally altered the news clip of Trump speaking to reporters on a tarmac before boarding his plane on November 9, 2019.

The video originated on Kimmel's show, but was re-edited for a video (archived here) posted on November 14, 2019, under the title "TRUMP'S WIG Gets BLOWN OFF By Plane Engine Propeller - Hair Sucked By Jet - Bald Trump With No Hair". It opened:

Enjoy! Hope you like seeing Trump's hair getting blown off! 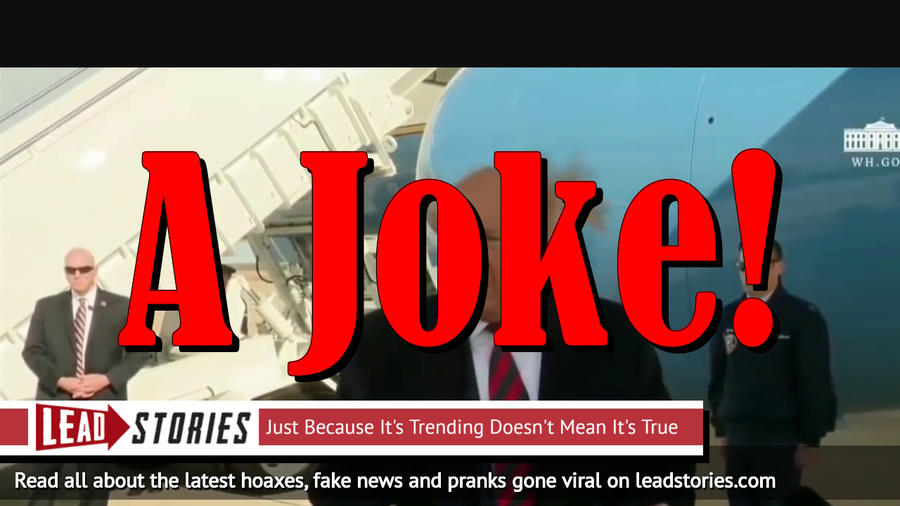 President Trump's hair has been the target of jokes and speculation for years. Jimmy Kimmel's production staff created a video punchline by digitally altering an ABC news clip to make it appear he was wearing a wig that was blow off his head while standing near the huge jet engines of Air Force One. While it was obvious in the context of Kimmel's show that it was a joke, but there may be some people who do not realize it was faked when they see it isolated on another YouTube channel.

Here is the Kimmel original: