Did Minnesota Congresswoman Ilhan Omar send out a tweet claiming to be ashamed to be called American, and did she call for world leaders to rise up, demanding violence to stop President Trump starting a catastrophic war with Iran? No, that's not true: the screenshot of the tweet is a forgery spread in conspiracy groups on Facebook and via a fake Fox News Twitter account that has since been suspended. While Omar is opposed to war with Iran, she did not call for world leaders to rise up or incite violence to stop it.

There is no way to overstate how ASHAMED I am to be called an 'American'. We need every world leader to rise up and demand that someone stops Trump from starting a catastrophic war with Iran. THE TIME FOR VIOLENCE IS NOW! #NoWarWithIran 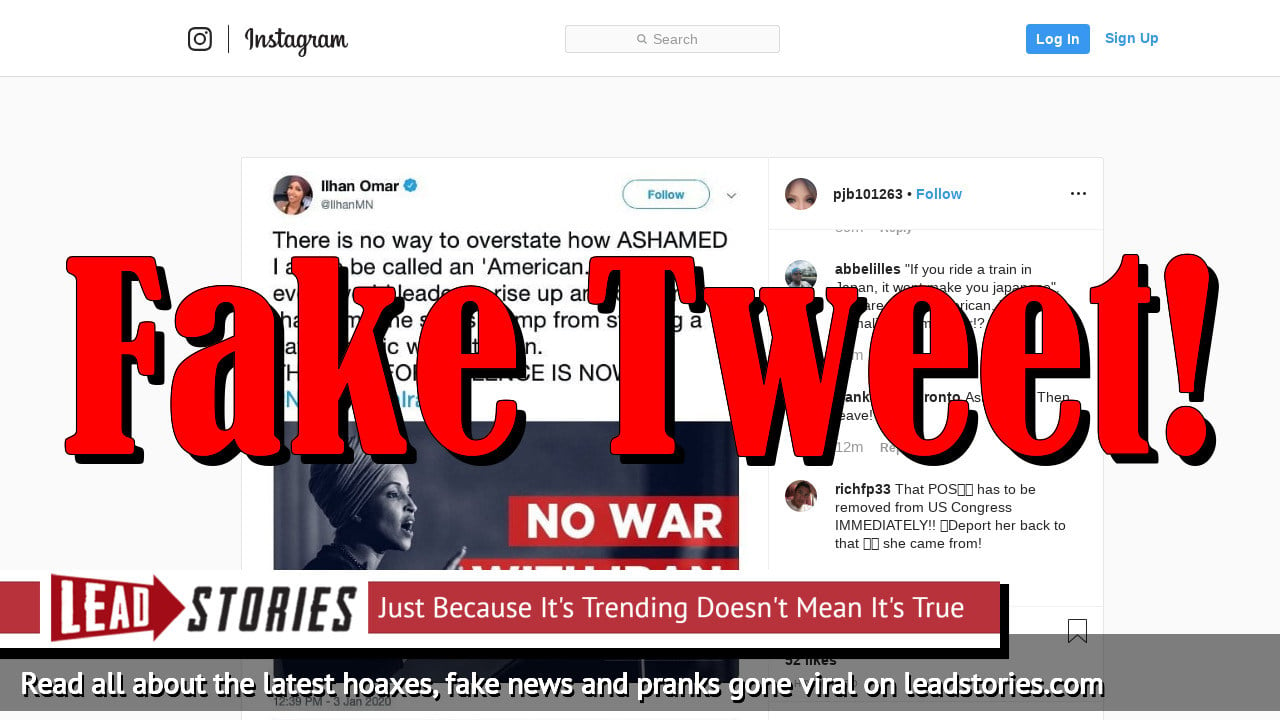 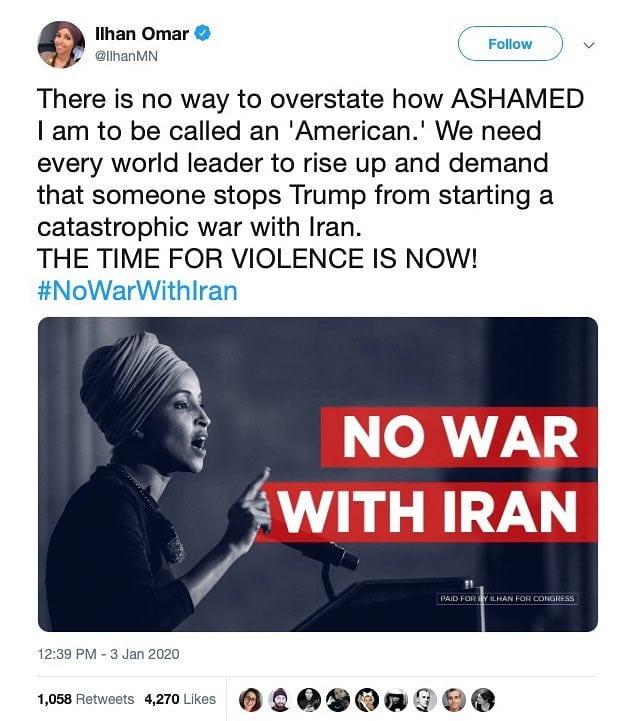 The fake tweet appears to have been created by modifying the text in this real tweet (archived here):

There is no way to overstate how dangerous this is.

We need every voice to rise up and demand that Congress stop Trump from starting a catastrophic war with Iran.

The date, image and parts of the text seem to match perfectly.

The hoax appears to have been first reported on by Alex Kaplan on Twitter:

The fake Fox News account @FoxNewsChanUS on Twitter already appears to have been taken down, but the faked tweet can still be found here via archive.is. Note the lack of a blue checkmark next to the account name, indicating the account was not verified: 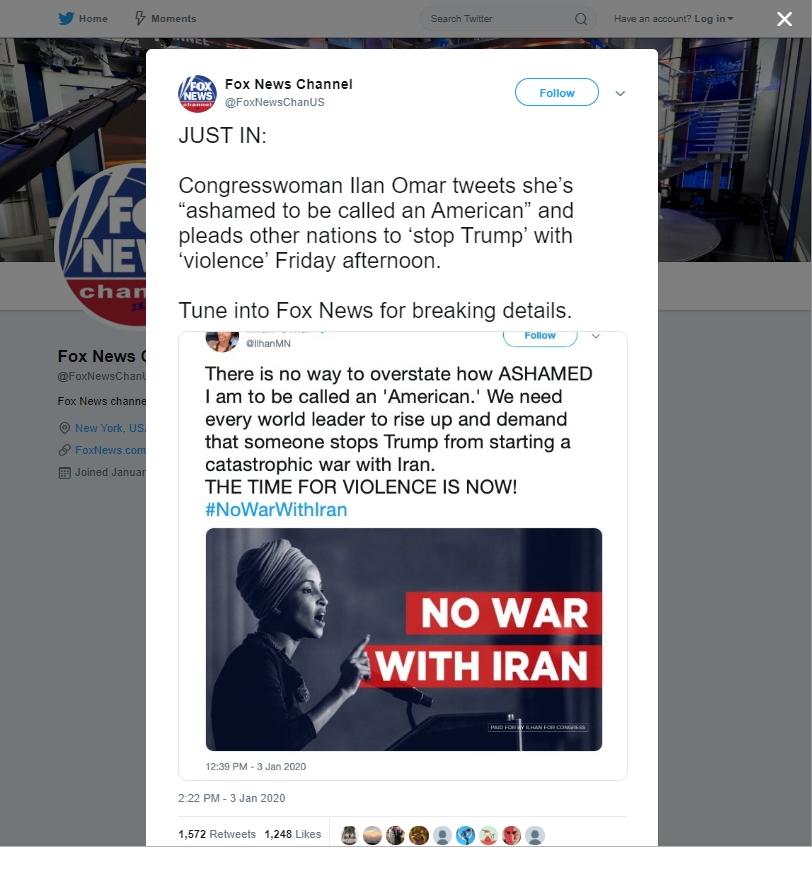 When it comes to screenshots of inflammatory tweets by political figures, it is usually best to check if they actually tweeted them before sharing the screenshot. Even better, share the original tweet instead, so people can check for themselves.