Does a viral video show Kobe Bryant's fatal helicopter crash in Calabasas, California on January 26, 2020? No, that's not true: the viral footage is actually from December of 2018, and it shows a crash in the United Arab Emirates - when a helicopter rescue mission went tragically wrong.

An example of the video could be seen in this Facebook post (archived here) with over 100,000 views that was published on the day of the crash under the title "Kobe Bryant accident, very sad lost😥😥". 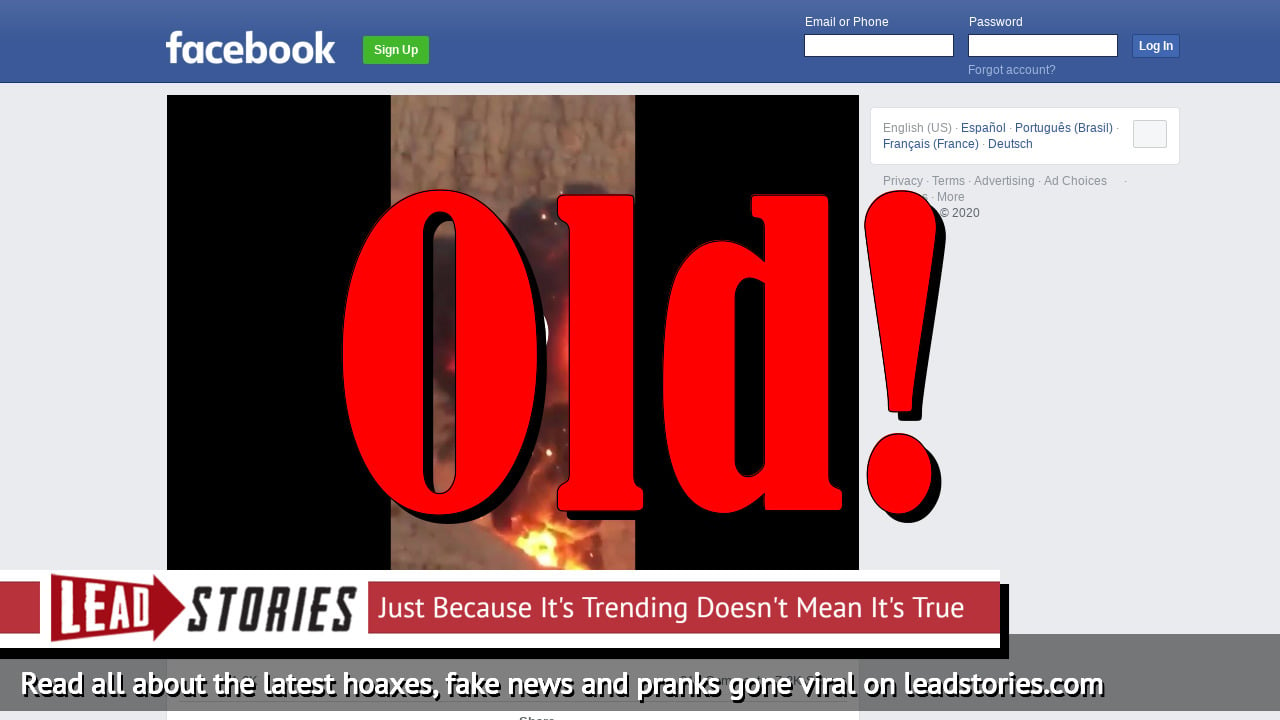 Bryant - as well as his 13-year-old daughter and seven others - did die in a helicopter crash early Sunday that was widely reported in the media:

Kobe Bryant, the NBA MVP who had a 20-year career with the Lakers, was killed Sunday when the helicopter he was traveling in crashed and burst into flames in the hills above Calabasas. His daughter Gianna, 13, was also on board and died along with seven others.The Times is offering coverage of Kobe...

Bryant - one of the legends of the game with a 20-year career, five championships and 18 All-Star appearances - died along with his daughter Gianna and seven others in the hills above Calabasas, California, Sunday morning. The helicopter he was traveling in, a Sikorsky S-76 built in 1991, went down and burst into flames around 9:45 a.m. on January 26, 2020. The National Transportation Safety Board shows the mid-size helicopter did not have a history of problems.

But the video footage in the viral Facebook post originated in the United Arab Emirates, and it shows a December 29, 2018, crash of a rescue helicopter, an Agusta 139, on a mission near the longest zipline in the world. That crash, which killed its crew, happened at Jebel Jais, a mountain in the Ras al-Khaimah emirate in the UAE:

Here is a BBC story on that accident:

A rescue helicopter has crashed near the world's longest zipline in the UAE, killing its crew. The Agusta 139 helicopter was on a rescue mission at Jebel Jais, a mountain in the Ras al-Khaimah emirate, when it came down on Saturday. The country's National Search and Rescue Centre said four people had died.