Was Trump-owned property in Agrabah burned to the ground by terrorists? No, that's not true: The president does not own property there, as Agrabah exists only in the minds of Disney fans as the fictional home of Aladdin. It's a fictional kingdom, and this story is a satirical piece stolen and republished by websites that did not also include the satire labeling.

The claim originated from an article published by tatersgonnatate.com on January 6, 2020, titled "Trump-Owned Property In Agrabah Burned To The Ground By Terrorists" (archived here) which opened:

They've begun their attack against our President's interests.

A small but significant property in Agrabah has been burned to the ground by terrorists claiming revenge for the killing of Iranian General Soleimani. The compound, used by the Trump family and friends when on vacation in the small Arab nation, wasn't well known but was chosen to convey a clear message.

Trump-Owned Property In Agrabah Burned To The Ground By Terrorists

They've begun their attack against our President's interests.

Although movie-goers may realize that Aladdin is not a real genie and Agrabah is not a real place, too many social-media users share content with actually reading it. If you are still a skeptic, read Aladdin's Agrabah Is Based On Many Places, & That's Kind Of The Issue.

Still, a poll from December of 2015 showed that 41 percent of supporters of then-candidate Trump were in support of bombing Agrabah to deal with the ISIS threat. 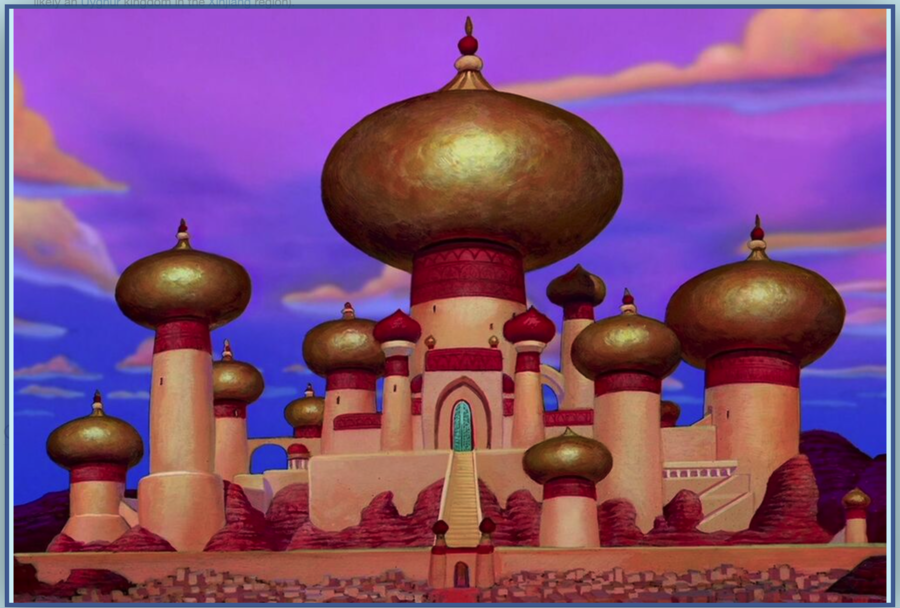