Are fish antibiotics the same as human antibiotics and, therefore, perfectly safe for human consumption? No, that's not true: The U.S. Food and Drug Administration warns that drugs shouldn't be shared "between species" because, among other reasons, pet antibiotics aren't evaluated the same way for safety and aren't required to meet the same standards.

The claim that the antibiotics are identical most recently originated from a post (archived here) on Facebook published by Kevin Brandon Jackson on February 17, 2020. It featured a photograph of a Walgreen's prescription bottle for Amoxicillin next to a bottle of Fish Mox (Amoxicillin). The pills on the counter, allegedly from each of the bottles, appeared identical.

Here's what people on social media saw:
A spokeswoman for the FDA, Monique Richards, explained in an email to Lead Stories why it's unwise to assume pet and human drugs are interchangeable. She wrote:

Antibiotics available in pet stores or online for ornamental fish are not FDA approved, conditionally approved or indexed. That means that the FDA cannot confirm whether they are safe and effective or manufactured to quality standards. They may or may not contain the medicine the label claims.

Richards also referred Lead Stories to a special FDA page dedicated to this recurring question. It is titled, "Ornamental Fish Drugs and You," and it opens:

We share a lot with the animal world, and that is a good thing. But, there are times when we and animals are better off if we don't share.

The idea that humans can simply use fish antibiotics, which can be purchased without prescriptions and at lower costs, is a popular one for those who stockpile meds for disaster preparedness, for example. A number of videos on YouTube make the case for having fish antibiotics at the ready.

The Patriot Nurse posted this video, "Are Fish Antibiotics Safe for Humans?" more than six years ago. She said the drugs are the same, but even she added this warning:

I do not encourage people to use this as a substitute for medical advice. I'm not saying to abandon all hope and not go to your doctor and just treat whatever you think at home with antibiotics. That's not a wise thing to do. Let me tell you why, OK? Number one: Unless you're familiar with how to figure out if this is bacterial or viral borne diseases, you're liable to screw it up.

The claim that fish antibiotics work for humans gained some additional buzz a few years back when Rachel Sharp shared a post on Twitter that included an image of Amazon reviews of Moxifish, a fish antibiotic. She wrote in the July 30, 2017, post: "How bad is American healthcare? Read the reviews for aquarium antibiotics and decide for yourself."

This is what people on social media saw:

Read the reviews for aquarium antibiotics and decide for yourself. 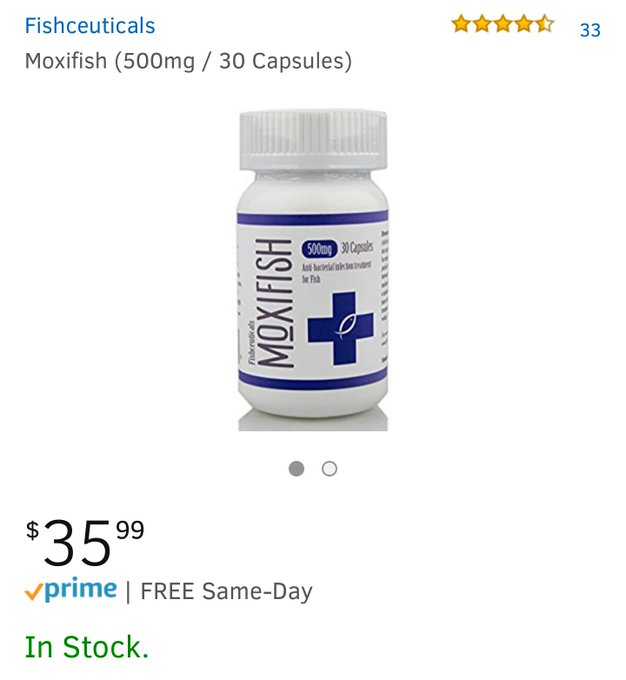 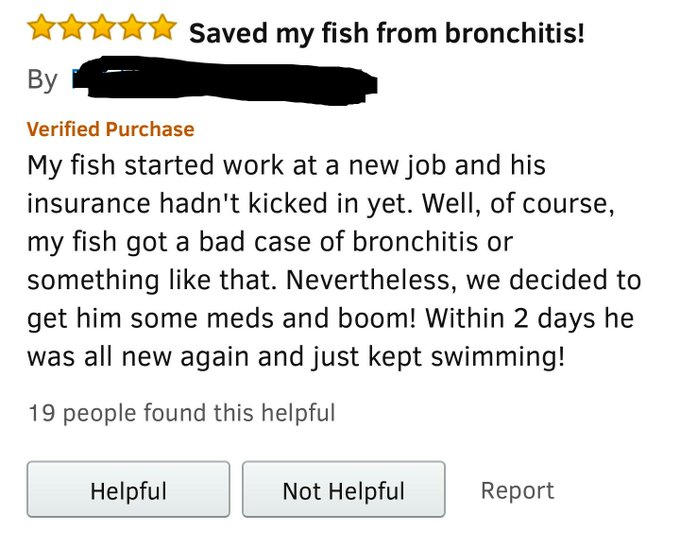 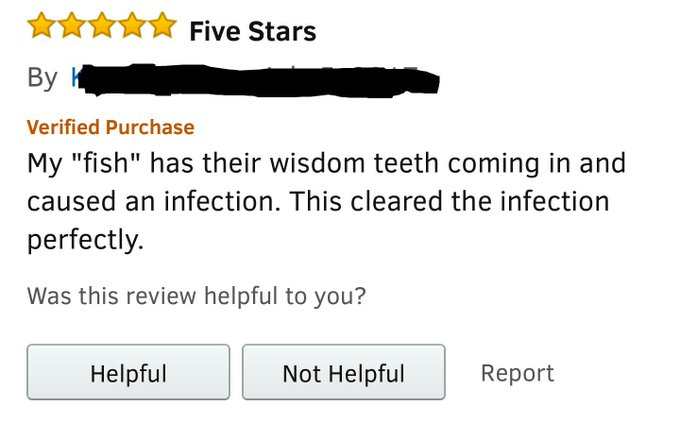 Smithsonian Magazine published a response on August 16, 2017, titled, "This Is Why Taking Fish Medicine Is Truly a Bad Idea." The subhead read: "Those who misuse aquatic antibiotics are playing a dangerous game with their health, doctors and veterinarians say."

Included in the Smithsonian Magazine article, among other reasons why playing doctor at home with fish meds may not be wise, were these warnings from medical professionals:

Matching the right antibiotic to the right illness is crucial. "Let's say the antibiotic is correct, that capsule contains the right amount of medicine, and it's a good quality medication and its able to be absorbed into the system," says Wilson E. Gwin, director of the Purdue Veterinary Teaching Hospital Pharmacy. "We don't really know if that's the right drug for what the person is trying to treat. If it's the wrong drug, they can do themselves even more harm."

Choosing the right med is also difficult. Learning the particulars of each antibiotic is "an exhausting part of medical school," says Daniel Morgan, a physician and epidemiologist at the University of Maryland. "It's a bit like learning verb tenses in a language."

Thomas Labs, the makers of Fish Mox, could not be immediately reached for comment. If and when they respond, we will update this story.