Did efforts to control the novel coronavirus outbreak prompt Walmart to change its policy and no longer sell ammunition? No, that's not true: Walmart had already changed its ammo sales policy on September 3, 2019, a month after a gunman killed 22 people at one of its stores in El Paso, Texas.

The claim appeared in several posts (archived here), including one published on Facebook by Gatty Green on March 14, 2020. It opened:

The post - and several others like it - suggests that the novel coronavirus has prompted stores to discontinue selling ammunition for guns. 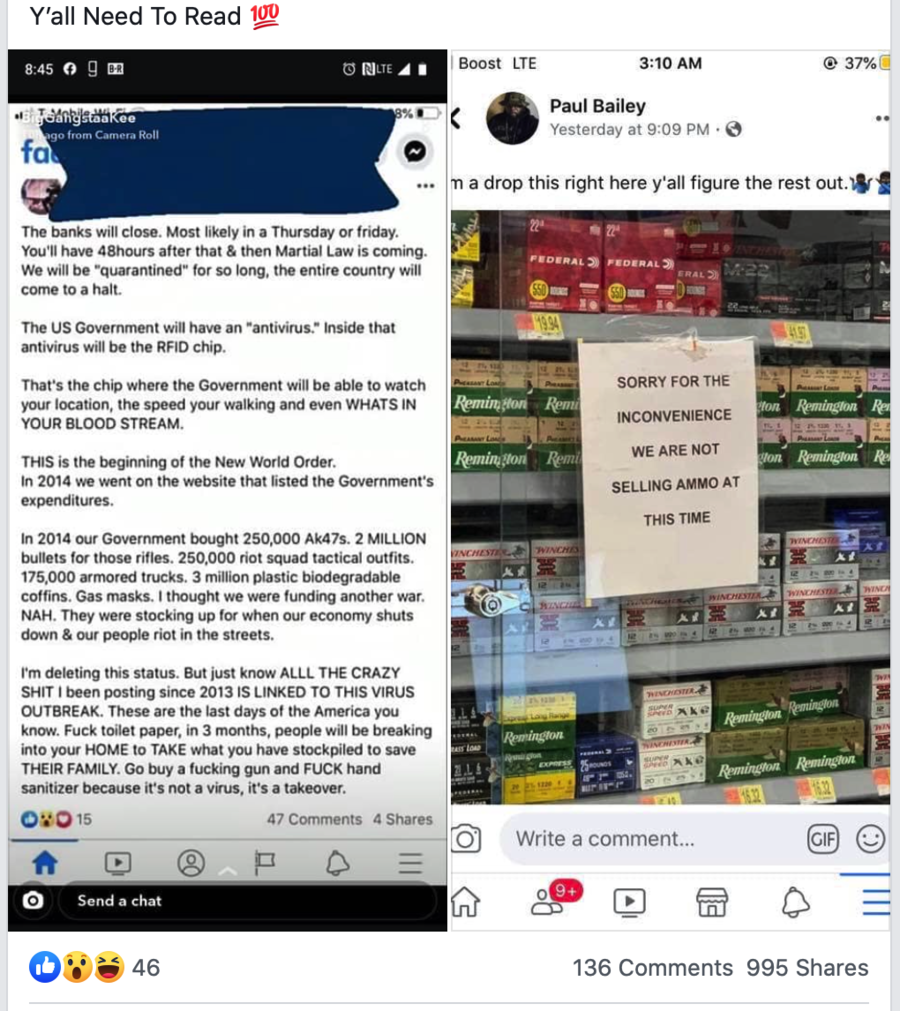 A Google Image Search of the price tags confirms the photo was taken at a Walmart.

But this policy is not new. On September 3, 2019, the Arkansas-based discount chain issued a press release after a string of mass shootings in the United States. It said:

We've been giving a lot of thought to our sale of firearms and ammunition. We've previously made decisions to stop selling handguns or military-style rifles such as the AR-15, to raise the age limit to purchase a firearm or ammunition to 21, to require a "green light" on a background check while federal law only requires the absence of a "red light," to videotape the point of sale for firearms and to only allow certain trained associates to sell firearms.

Today, we're sharing the decisions we've made that go further:

According to a Los Angeles Times story from March 16, 2020, the coronavirus pandemic has actually caused a surge of gun sales in many states, including California, New York and Washington.

The Chicago Tribune reported on September 3, 2019, that the changes had been years in the making:

Over the last 15 years, Walmart had expanded beyond its hunting and fishing roots, carrying items like assault rifles in response to increasing demand. But particularly since 2015, often coinciding with major public mass shootings, the company has made moves to curb the sale of ammunition and guns.

While Lead Stories is unable to confirm whether other U.S. stores that sell guns have restricted the sale of ammunition, the policy is several months old at Walmart. The changes are unrelated to the novel coronavirus pandemic.