Is "Antifa" planning a training session August 15, 2020 in Garnet, a historic ghost town in Montana? No, that's not true: The remote 130-acre site east of Missoula, Montana, is managed by the U.S. Bureau of Land Management, which would not permit an all-day training there with firearms or other weapons and has received no application for an antifascist training session.

The claim originated on a flyer several social media users said they saw near the campus of Montana State University in Missoula, Montana. Photos of the flyer were included in a post (archived here) published by Facebook user Ron Granger on July 29 under the title "This was posted in Missoula, Montana today."

Garnet ghost town is less than 10 straight-line miles from my home.

Granger, in a July 31, 2020 interview with Lead Stories, said he received the photo from a friend and used it in his post, which he took down, replacing it with a post about his conversation with Lead Stories.

This was posted in Missoula, Montana today. Garnet ghost town is less than 10 straight-line miles from my home.

The text of the flyer, as photographed, is as follows:

Develop the Skills we Need

There is no single "Antifa" organization. "Antifa" is short for antifascism, a philosophy of violent opposition to fascism. The term is applied to a wide number of autonomous groups with related aims. They model their tactics on the original antifa attacks against German Nazism and Italian Fascism, beginning in the 1930s.

The flyer photographed includes the logo of Anti-Fascist Action, an anti-fascist group that arose in England in 1985 to confront the British National Party, according to libcom.org, an online library operated by a Libertarian Communism organization. Lead Stories was unable to locate any online records of a currently-operating AFA in the U.S., although it should be noted that underground groups do not always advertise their existence.

Here's what the Garnet ghost town page posted on Facebook shortly after the claim went viral on Facebook. 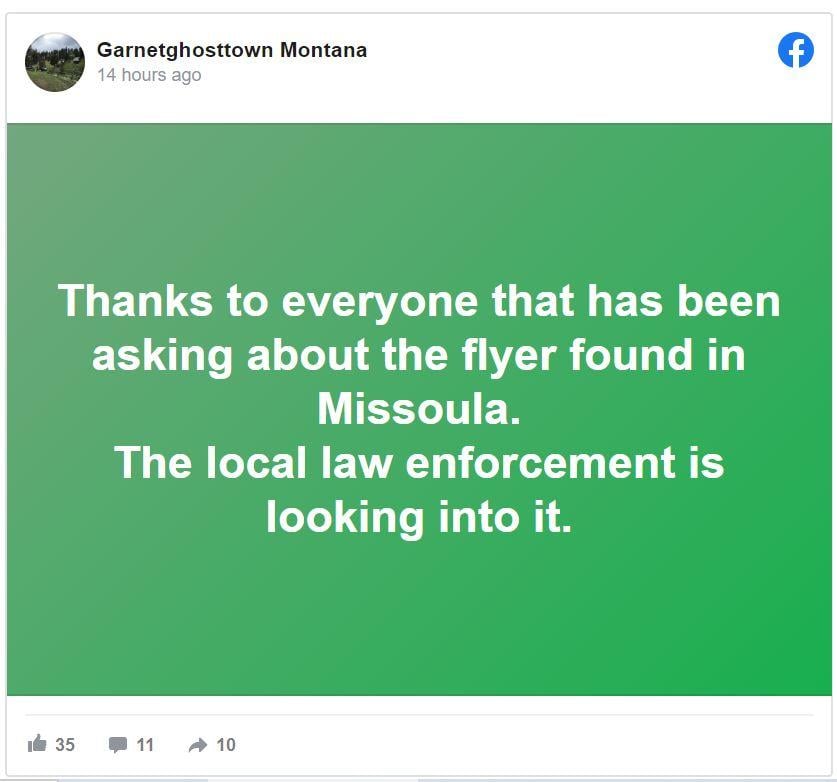 The Bureau of Land Management provides maintenance and information services to manage the hundreds of visitors per day who drive the unpaved mountain road to Garnet, where several dozen homes and business buildings remain of a gold mining town build in the 1890s and mostly abandoned by the 1920s. Google Maps estimates the 39 road miles from Missoula, a city of 74,000, takes drivers more than an hour.

No weapons are allowed within a quarter of a mile of the Garnet historic district, BLM assistant field manager Chuck Bridgeman told Lead Stories in a July 31, 2020 phone interview.

Bridgeman said several people have emailed him photos of the flyer and that the BLM is working with Missoula County law enforcement officials, who are investigating the source of the flyer. City of Missoula Police, contacted July 31, 2020 by Lead Stories, said they had received emails and texts with photos of the flyer but had not seen the flyer itself. University of Montana Police, contacted by phone July 31, 2020, said the site in which the flyer was seen is out of their jurisdiction, so they have not investigated it, though it was hung at the entry of a footbridge to campus.

Lead Stories reached out to the Missoula County's Sheriff's office spokesperson Jeannette Smith for information about their investigation and will update this report, if appropriate, when she replies.

Bridgeman said even if an application for group use were filed for the event described in the flyer, it probably would have been rejected, since the abandoned gold mining town attracts about 100 visitors most weekdays and up to 300 on weekends and is operating near capacity. Managed with the help of a volunteer historic association, Garnet is meant to be open to the general public and there isn't enough parking or time to shut down the town without locking out the public, he said.

Bridgeman said the few group permits he has seen approved at Garnet have been for early morning film shoots, not for all-day events such as the one announced on the flyer.

Bridgeman said he did not know if this was another in a series of hoaxes that have been carried out in 2019 and 2020, in which locals are told to look out for "Antifa" protesters or looters who do not show up.

"This is fake," the leading U.S. Antifa scholar, Mark Bray, told Lead Stories in an email exchange July 31, 2020, after being shown the photo of the flyer.

Bray, a Rutgers University lecturer with a PhD in History, studies anarchist movements and is the author of "Antifa: The Anti-Fascist Handbook" a 2017 book that reviews the history of antifascism, beginning with resistance to the fascist movements led by Chancellor of the German Reich Adolph Hitler and Prime Minister of Italy Benito Mussolini.

Antifa groups don't advertise open events like that...particularly not asking people to bring guns. They don't talk about antifa in general but rather their propaganda (usually online) represents their specific antifa group. This is fake.

Bray said several elements of the photo lead him to conclude it is fake:

...in general such spoofs online or in the form of flyers are intended to either discredit antifa politics by portraying it in a negative light and/or identify people who are pro-antifa for harassment. And it's not super common for antifa groups to advertise events other than counter protests...

Since the Black Lives Matter protests triggered by the May 25, 2020 killing of George Floyd by Minneapolis police spread across the country, there have been several instances in which armed locals turned out to patrol parades after being told that "Antifa" activists were intent on vandalizing small towns in the Pacific Northwest of the United States.

The Facebook page for retired police living in Coeur d'Alene declared Antifa activists planned looting and destruction during a Black Lives Matter march there, prompting the arrival of armed men and women carrying military-style rifles who said they were there to protect the city from antifa during a march in June.

Ahead of Black Lives Matter marches in Missoula, the city's mayor and police chief posted to YouTube a video in which they said rumors of an antifa invasion of Missoula were overblown. Here is that video:

In June of 2020, Rep. Jennifer Fielder, R - Thompson Falls, was quoted by The Missoulian newspaper saying that she warned Montanans of an antifa invasion via her Facebook page after she was told by unnamed friends that vanloads of armed Antifa activists were headed to Missoula to commit vandalism and looting during a Black Lives Matter march in Missoula. She took the post down.

At a June 5, 2020 Black Lives Matter march, a Missoula teenager who is Black reported that he was tackled and detained by armed militiamen who asked if he were an Antifa activist. He refused to identify himself to them. They handed him over to police, who told the Missoulian the armed non-police individuals did bring the teenager to them and that the teen was no threat.

The appearance of semi-organized groups of armed people on the street is not new in Montana, which was home to a militia movement in the 1980s and 1990s. The state is still home to several white supremacist, white nationalist and neo-Nazi groups identified by the Southern Poverty Law Center, a non-profit organization that tracks white supremacist activities nationwide. Antifa activists are pledged to physically confront white power groups. 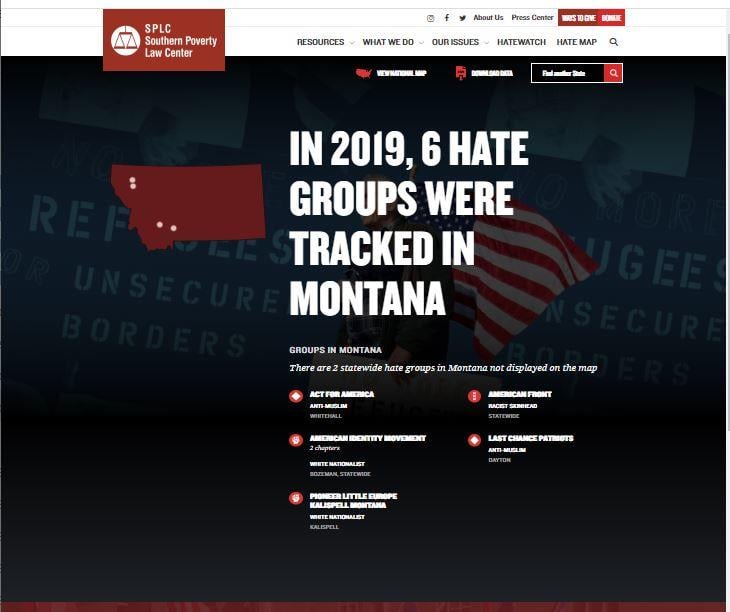