The claim appeared in a Facebook post (archived here) where it was published on October 12, 2020 with the caption, "How long have Blk ppl been voting? But this is the reality of our situation." The misleading caption on the photo in the Facebook post read:

How long have Blk ppl been voting? But this is the reality of our situation. 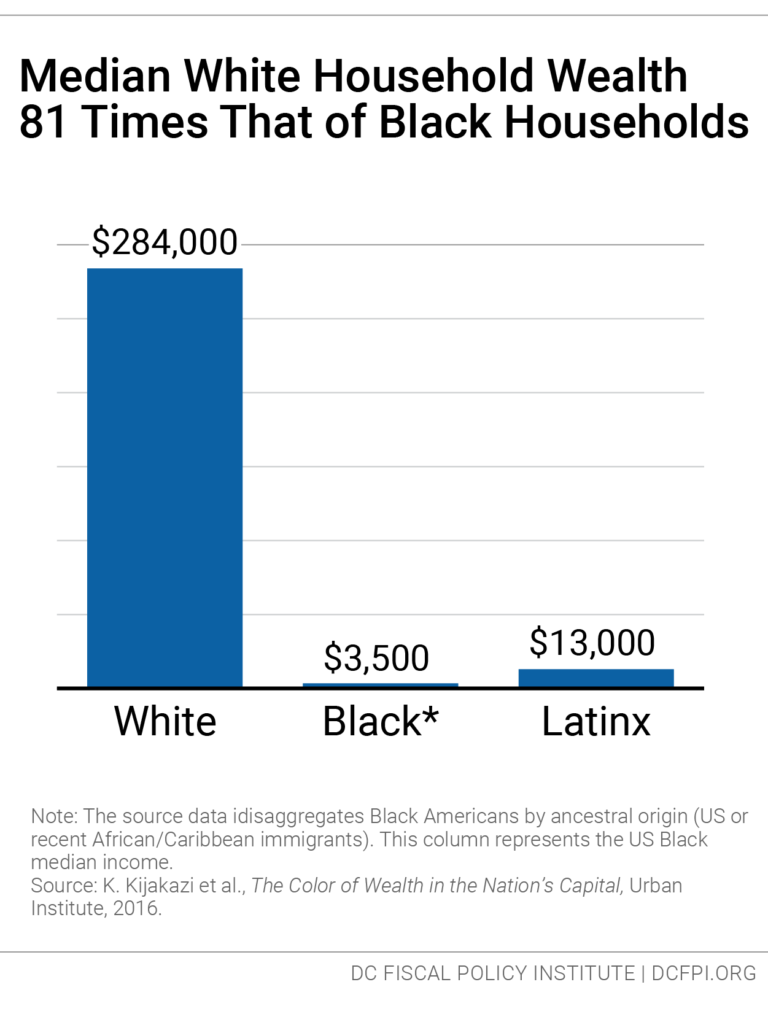 This graphic originates from an article from the DC Fiscal Policy Institute (DCFPI) titled, "Economic Inequality in DC Reflects disparities in Income, Wages, Wealth, and Economic Mobility. Policy Solutions Should Too." The data in the graphic is based on a 2016 study from the Urban Institute that included this section in the introductory summary:

Wealth refers to the net worth of a household or all of its assets minus of everything it owes.

By including the graphic without the DCFPI article or a caption that references D.C. may be misleading to Facebook users who do not see the sources at the bottom of the graphic or interrogate those sources. By missing the reference to the sources, Facebook users might be led to wrongly believe that the median wealth for white household is 81 times Black households in the entire United States, not just the District of Columbia.

Although it's not as drastic in the country as a whole, the racial-wealth gap between white and Black families in the United States is still alarmingly severe. "At $171,000, the net worth of a typical white family is nearly ten times greater than that of a Black family ($17,150)," according to a Brookings Institute examination from the same year as the Urban Institute study.