Did over 220 million Americans die in the last several months from COVID-19? No, that's not true: That number is way too high. According to data provided by both the Centers for Disease Control and Prevention and Johns Hopkins University & Medicine, there have been less than 230,000 deaths associated with the virus.

The statement was made by Sen. Kamala Harris, featured in a video (archived here) posted on YouTube on October 22, 2020, under the title "Kamala Harris Says 220 Million Americans Have Died From Coronavirus." The video's description stated:

Kamala Harris: 'We're looking at over 220 MILLION Americans who just in the last several months died. That 2/3 of the U.S. population. Is Dementia contagious?!

Harris, the Democratic nominee for vice president, made an identical order-of-magnitude misstatement of the death toll during a campaign stop on October 24, 2020, in Cleveland, Ohio. She said:

Link to the full video of the speech, with those comments at the 2:57 point, can be found here. 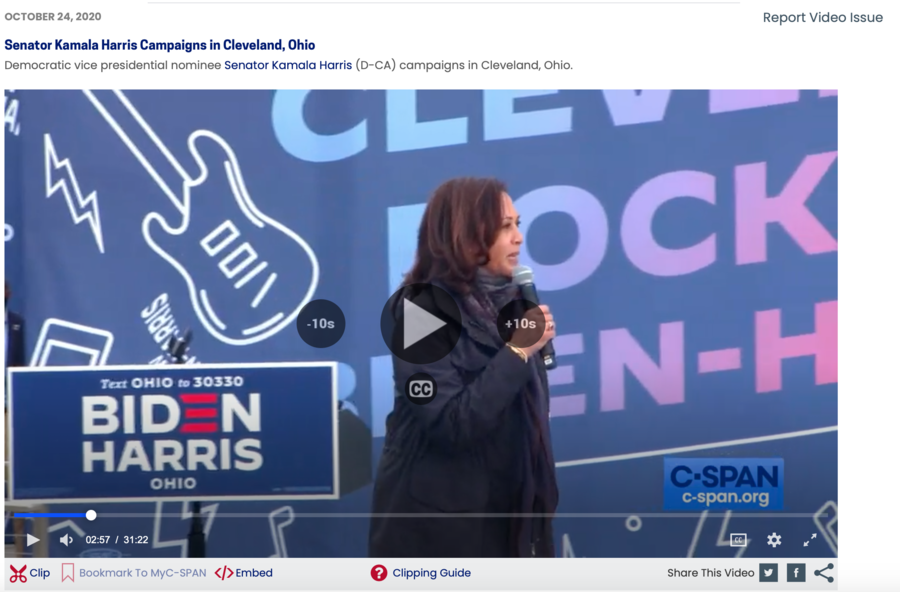 According to Johns Hopkins University & Medicine, there have been 226,211 deaths in the U.S. associated with COVID-19,

The Centers for Disease Control and Prevention documented a similar number of deaths, stating that as of October 21, 2020, there have been 207,882 deaths in the U.S. involving COVID-19.

The U.S. population is just over 330 million. In other words, the death count presented by Harris would mean two-thirds of the country's population had died.

During both speeches, after Harris misstated the number of COVID-19 deaths by an order of magnitude, she followed up by saying over 8 million people in the U.S. have contracted the virus, which is correct, according to the Centers for Disease Control and Prevention.

In other campaign speeches and during the vice-presidential debate on October 7, 2020, Harris has highlighted the country's COVID-19 death count accurately. Examples of this can be found here and here.

Lead Stories reached out to the Biden-Harris campaign for comment and will update this report, if appropriate, when they reply.