Does a TV news graphic show voter fraud in Pennsylvania with more mail-in votes counted than were sent to voters or received by the elections office? No, that's not true: The on-air graphic used a number that mistakeningly combined the total number of mail-in ballots and in-person ballots in Lancaster, Pennsylvania. A producer for Harrisburg's CBS 21 told Lead Stories the error happened when its automated system copied the wrong numbers from the county elections website.

The claim appeared in a post (archived here) published on Facebook on November 4, 2020, under the title "Just in case your wondering how biden is gonna win". The news graphic read:

People questioned why there were more nearly 53,000 more mail-in ballots counted than had been returned and 34,000 more than sent to voters in Lancaster County. CBS 21 Digital Content Producer Jishnu Nair told Lead Stories it was a mistake made by the automated graphics system scrapping the official numbers:

There was a reporting error in the county where they pulled together both mail-in and in-person ballot numbers and for a while that screen showed the wrong number.

This is a screen shot of the actual news report. 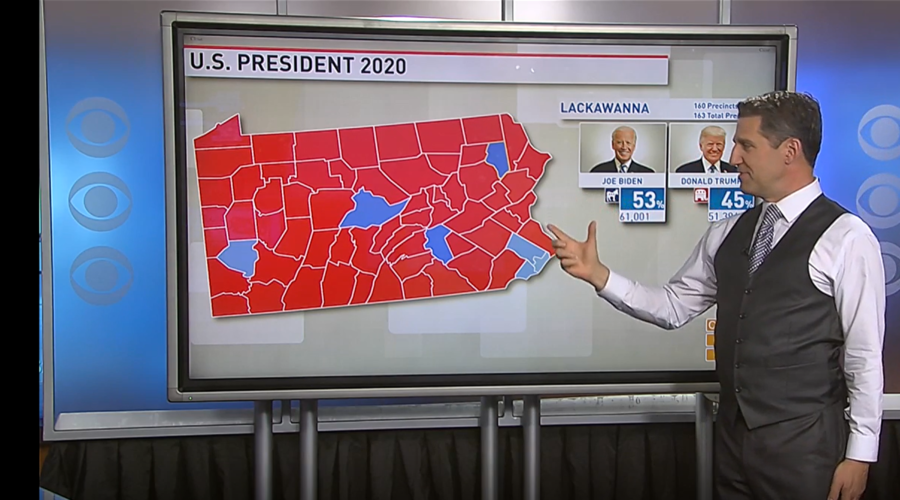