Did authorities release an image of the RV that exploded in Nashville on December 25, 2020 that showed comedian Sam Hyde behind the wheel? No, that's not true: blaming the comedian for being the perpetrator of all sorts of terror attacks, shootings etc. has become a strange in-joke among trolls on the internet and it happens almost every time there is a big, violent event with no known perpetrator in the immediate aftermath.

This time an image framing Hyde appeared, for example in this Facebook post (archived here) where it was published only hours after the explosion. It opened:

It appeared to show an image of Sam Hyde behind the wheel of the RV, likely created using one of his old profile pictures: 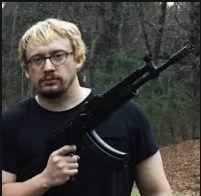 Blaming right-wing comedian Sam Hyde of being the suspect after a mass shooting or a terrorist attack is a strange in-joke that has been going on for years.