Did 32,000 votes "disappear" from Georgia Senate runoff candidate David Perdue live on CNN and ABC? No, that's not true: Video from January 5, 2021, of the coverage of the runoff Senate races in Georgia showed the vote tally for David Perdue changing by 32,400 and claims were made that this was election fraud. Edison Research told Lead Stories the change was because an "incorrect vote was entered by a data entry operator" and not election fraud.

The YouTube video showed the vote change on CNN from January 5, 2021.

This is a screengrab of the tally showing the votes for Perdue at 774,723 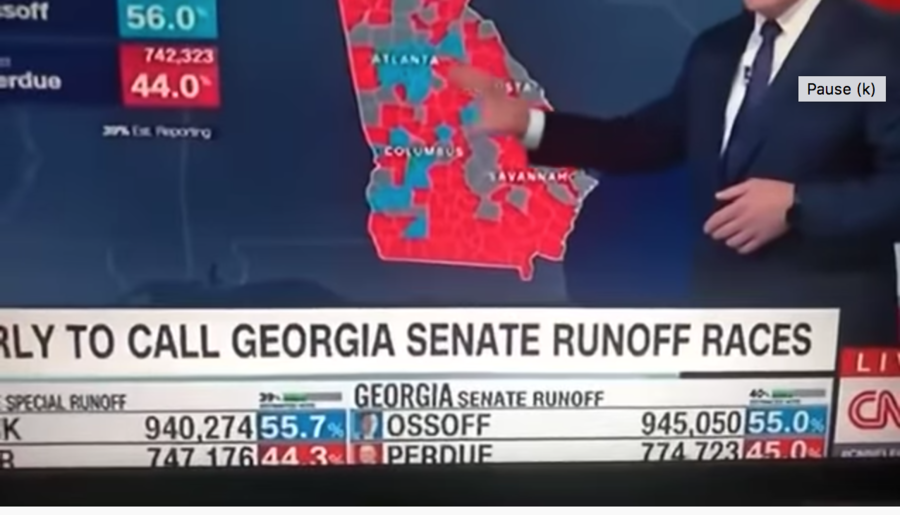 This screengrab shows the Perdue tally at 742,323 after the change. 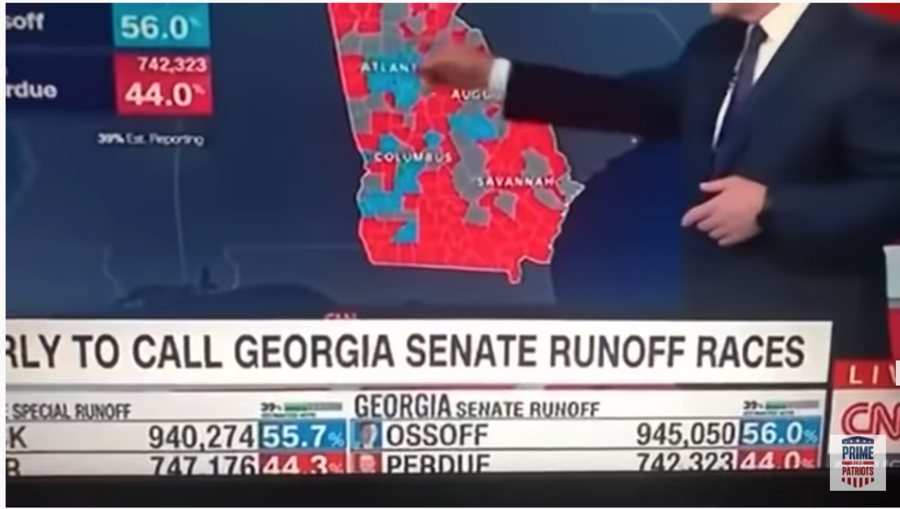 An article published by 100 Percent Fed Up on January 6, 2021, titled, "WATCH: Over 32K Votes Disappear For David Purdue During Live ABC NEWS Broadcast," shared a tweet with video from ABC news with the same vote change.

Lead Stories reached out to CNN for comment and was referred to Edison Research, a media research company that provides exit polling data and election data to the television networks for all U.S. elections. In an email from Edison Research to Lead Stories on January 6, 2021, the company explained the vote change for Perdue was a data entry error.

"The vote drop for Perdue happened after we corrected an error that had erroneously added 32k to Perdue's vote count in Bibb county. The incorrect vote was entered by a data entry operator reporting results collected by an Edison reporter stationed at the Bibb County Office. This error was corrected within 5 minutes and accounts for the brief additional 32k votes for Perdue. The vote drop reflected the correct vote," Edison Research told Lead Stories via email on January 6, 2021.

Here is the breakdown of the vote reporting per Edison Research.

At 8:07PM the vote reported from the state feed from Georgia and reported by Edison was:

At 8:15PM the following vote update was entered in error by a call center operator as reported by our vote count reporter at the Bibb County Office:

At 8:20PM our quality control flagged this incorrect data and we deleted the update:

At 8:37PM the Georgia state feed provided a new update:

This claim recycles similar debunked claims made during the 2020 Presidential Election, when transpositions/typos by clerical staff were used as the basis for conspiracy theories about election fraud.